Close
J.J. Barnes
from Detroit, MI
November 30, 1943 (age 78)
Biography
In June of 1967, J.J. Barnes' Baby Please Come Back Home jammed all over the Midwest, East Coast, South, and west of the Mississippi River. Barnes sang the lyrics with so much pain that the single went to number nine on Billboard's RB chart. Unofficially, it was number one at inner city skating rinks -- skaters loved rolling to its cool, slinky, mercurial rhythm and pinging accents. It was the 11th single and the sixth recording company (Groovesville) of Barnes' career. Barnes co-wrote most of his recordings; Baby Please Come Back Home was co-written with Don Davis, a guitarist, songwriter, producer, music publisher, and record label owner.

James Jay Barnes, born November 30, 1943, in Detroit, MI, had more than 25 single releases after his big hit, but none duplicated its captivating aura, sales, or chart position. Barnes' gospel background (the Halo Gospel Singers) isn't apparent on his recordings; he came along at a time in Detroit when the city's blues and RB bases were strong. His style emulated Southern soul singers; the session players in Detroit in the early '60s were RB players and gave Barnes' records a Southern feel. Other Detroit singers with a similar sound include Joe Stubbs, Steve Mancha, Darrell Banks, Sammy Ward, and Lee Rogers.

In 1960, when he was 17, Barnes cut his first single, My Love Came Tumbling Down b/w Won't You Let Me Know, for Kable Records, which did nothing but add "recording artist" to Barnes' resumé. This was not a title to take lightly -- a few spins on the radio enabled an artist to jack their price up at the neighborhood club. No longer was he, J.J. Barnes, appearing Thursday, Friday, and Saturday nights; now J.J. Barnes, the recording artist, was appearing live and in person.

Mickay Records issued four singles by Barnes; the first, Just One More Time (1963), is sought after by Northern soul fanatics. Scepter Records realized its potential and plucked it for national distribution, but the sales never amounted to much. These Chains of Love, Teenage Queen, and So Far Away -- all released in 1963 and 1964 -- were good efforts that few heard. He cut one record for Ring Records in 1964, Poor Unfortunate Me b/w She Ain't Ready.

Ric-Tic Records issued Barnes' seventh record and followed it with three more, debuting with Please Let Me In in 1965; like many of Barnes' recordings it had a pronounced, four-on-the-floor beat -- the beat that defined the early Northern soul sound. Initially, if a tune didn't have that beat, it wasn't played in Northern England's popular dance clubs. Inner-city teens hated the beat (it wasn't cool to dance to) and RB disc jockeys rarely played these tunes. Still, his Ric-Tic debut sold better than previous singles. Real Humdinger, its successor, charted at number 20 on the RB chart and number 60 on the pop chart, but, despite these numbers, wasn't played in some cities, mainly because of its hokey beat. An update of the Beatles' Day Tripper became his most successful record at the time. Barnes' smooth interpretation of the British rocker received substantial play in many urban cities. With Edwin Starr (lead) and Steve Mancha, Barnes hit with I'll Love You Forever as the Holidays. The record was a complete fluke -- the trio just happened to be around when producer Don Davis got an itch to cut the tune. They never toured as the Holidays, Davis recruited other singers for that. Say It b/w Deeper in Love didn't stand a chance because Ed Wingate was in the process of selling Ric Tic/Golden World Records lock, stock, and barrel to Motown.

Barnes wasn't happy being Motown's property, neither was his ex-Ric-Tic bud, Edwin Starr. Motown never released anything by Barnes, the company was more interested in his songwriting abilities and released at least two songs co-written by Barnes: Show Me the Way by Martha the Vandellas (October 1967) and Don't Make Hurting Me a Habit by the Marvelettes (December 1968).

Motown released Barnes from his contract and he hooked up with Don Davis again, scoring the first time on Groovesville Records with Baby Please Come Back Home. Its successor, Now That I Got You Back b/w Forgive Me (1967), a stomper and a pleader, threw a rod at number 44. The third, Sweet Sherry, with the Originals harmonizing behind Barnes, didn't sell despite its immense charm. Then came Easy Living b/w I've Lost You, with backing vocals by the Holidays, on the Groove City label, which sank upon release. A stint on Revilot Records resulted in four singles, including Our Love Is in the Pocket, a popular Northern soul song. Barnes co-wrote his final Revilot single, So Called Friends (1969), with George Clinton (Parliament) and two unknown brothers by the last name of Taylor.

Buddah, Volt, Leo, Magic Touch, Perception, and Invasion Records issued Barnes' next five releases from 1969 to 1973. None hit, but Snowflakes, the Volt release, was later acclaimed by some Britishers. Perception issued the first J.J. Barnes album, Born Again, in 1973; the Perception sides didn't compare to earlier recordings, nor did what followed.

Old friend Edwin Starr moved to England and became very popular; remembering Barnes, Starr arranged for his old buddy to come over and do a series of shows with him. This proved to be a lucrative move, as Barnes signed a deal with Contempo Records, a U.K. label, in the mid-'70s. Contempo cranked out seven undistinguished singles and an album, Sara Smile, for Barnes. He debuted on Contempo with To an Early Grave, cut a remake of Hall Oates' Sara Smile, and tried to popularize an inner city dance tune, The Errol Flynn.

He released at least five more records -- including Think I Got a Good Chance on Organic, an update of Carl Carlton's Competition Ain't Nothing on Inferno in 1984, an attempt to recapture the magic of Frank Wilson's Motown release (which was ignored in the U.S.A.) Do I Love You (Deed I Do) on Inferno in 1985, and two on Motor City. Albums include Rare Stamps on Volt Records, which features cuts by Barnes, Steve Mancha, and Darrell Banks; he also recorded an album on Motor City Records entitled Try It One More Time.

A virtual nobody in the States, Barnes is one of Northern soul's most beloved artists. A janissary of soul fans worldwide love him, but at home his sister, Ortheia Barnes, is more known. Ortheia Barnes never had a hit, but once hosted a radio show in Detroit on WCHB every Wednesday called Ortheia's Special Touch; she's fondly remembered by witnesses of her electrifying live performances. ~ Andrew Hamilton, Rovi 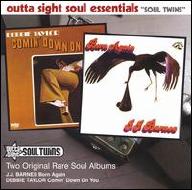 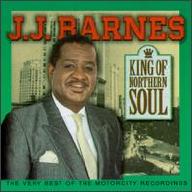 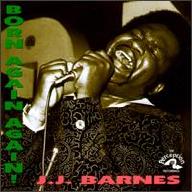 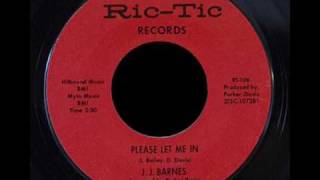 J.J. Barnes - Please Let Me In 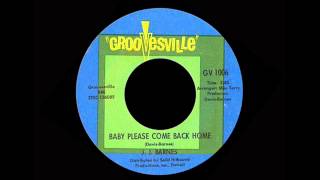 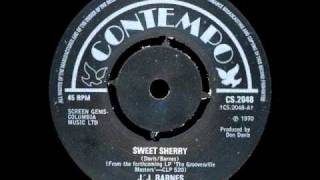 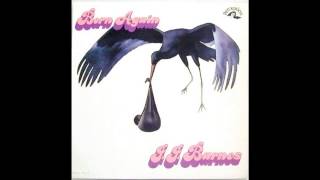 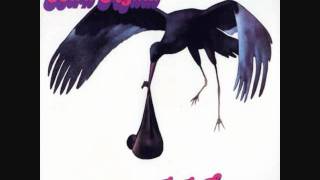 J. J. Barnes - You Are Just A Living Doll

J J Barnes -Think I Got A Good Chance 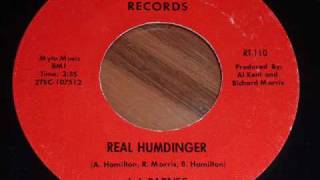