Close
Clarence Ashley
from Bristol, TN
September 29, 1895 - June 2, 1967 (age 71)
Biography
A medicine show performer in the 1910s and 1920s, Clarence (Tom) Ashley influenced the urban folk revival when his early recordings were included on the Folkways album Anthology of American Folk Music in 1952. Although he had retired from the medicine show circuit in 1943, he made a successful comeback in the early '60s when he recorded a pair of albums that introduced influential flatpicking guitarist Arthel Doc Watson.

Ashley, who took his last name from the maternal grandfather who raised him, was inspired by the jokes and songs that he heard played by transients who boarded in his family home. His mother's two older sister taught him songs and instructed him on the banjo. Joining his first medicine show in 1913, Ashley traveled by horse and buggy through the southern Appalachian region, playing songs while "the doc" sold his elixirs. In 1914, he married Hettie Osborne and settled in Shouns, TN.

Although he supplemented his income as a musician by farming and working at a sawmill, Ashley continued to perform. By 1927, Ashley was performing with numerous string bands, including the Blue Ridge Entertainers. He recorded as a member of Byrd Moore His Hot Shots and the Carolina Tar Heels. His solo debut came in 1929 when he recorded The Cuckoo Bird and The House Carpenter for Columbia. Signed to a solo contract by both Columbia (as Clarence Ashley) and Victor (as Tom Ashley), he recorded for both labels until 1933.

Retiring from the medicine shows in 1943, Ashley bought a truck and, with his son J.D., hauled coal, furniture, and lumber. His performances were limited to working as a comedian with Charlie Monroe's Kentucky Partners and the Stanley Brothers.

While his songs were revived by string band instrumentalists in the 1950s, Ashley disappeared almost completely from the music scene. Attending the Union Grove Old Time Fiddlers Convention in 1960, he met folklorist Ralph Rinzler, who, with folk song collector Eugene Earle, set up a recording session at Ashley's daughter's home in Saltville, VA. Ashley invited Watson to accompany him on guitar. The session marked the acoustic guitar debut for Watson, who had previously played electric guitar in rockabilly and country bands. Beginning in 1961, Ashley and Watson, joined by fiddler Fred Price, performed at northern folk festivals, coffeehouses, and clubs. Their concert at New York'sTown Hall was recorded and released as their second album. Ashley recorded an additional album with fiddler Tex Isley. ~ Craig Harris, Rovi 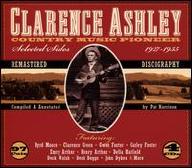 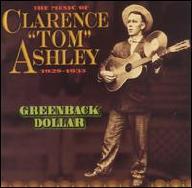 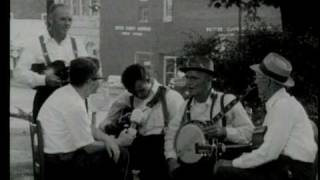 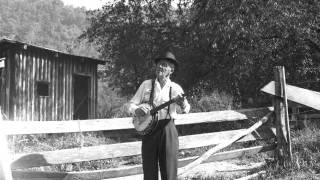 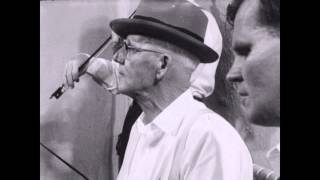 Clarence Ashley with Doc Watson: The Banks of the Ohio (1961) 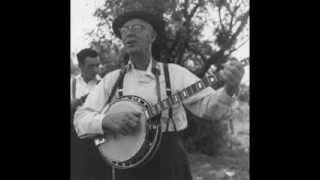 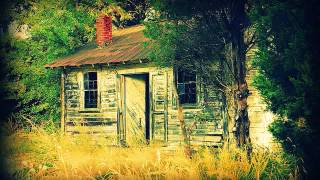 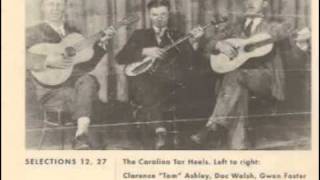 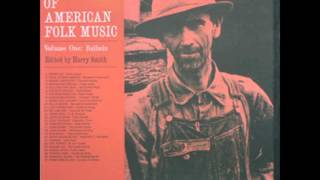