Close
Burning Spear
from St. Ann's Bay, Jamaica
March 1, 1945 (age 76)
Biography
One of the most brilliant and respected roots artists in Jamaica's history, Burning Spear (aka Winston Rodney) has unleashed a host of classic dread records over the years. Part Rastafarian preacher, part Black historian -- more so than any other roots artist -- Burning Spear has illuminated Rastafarianism in song, sharing his beliefs with an avid public.

Born in St. Ann's Bay, Jamaica, in 1948, it was another St. Ann's native, Bob Marley, who set Rodney off to Kingston and a fateful meeting with Studio One head Coxsone Dodd. Although the Wailers had departed the label three years earlier in 1966, Marley still believed that it was the best place for a new talent to start. Rodney took his advice and, with singing partner Rupert Willington in tow, auditioned three songs for the producer. Dodd immediately picked one, "Door Peep," as the pair's debut. Before its release, however, Rodney chose the name Burning Spear for the duo. It was a moniker heavy with history and had formerly been bestowed upon Jomo Kenyatta, the Mau Mau leader who eventually became the president of Kenya.

Soon after "Door Peep" landed in the shops, Burning Spear expanded to a trio with the enlistment of Delroy Hinds, brother of "Carry Go Bring Come" Justin. It was with this lineup that Burning Spear released a series of singles on Studio One, including the 1972 Jamaican smash hit "Joe Frazier (He Prayed)." The following year brought the group's debut album, Studio One Presents Burning Spear, with Rocking Time coming hard on its heels in 1974. These records only hint at what was to come, even if the group had early on established their own unique sound with Rodney's chanted vocals the focus and Willington and Hinds providing sweet accompaniment. Rodney's lyrics were pregnant with emotions, righteous anger at oppression, but aglow with a deep sense of spirituality. The early song titles speak for themselves -- "Ethiopians Live It Out," "Zion Higher," "We Are Free" -- all obviously revolving around the cultural themes of oppression, repatriation, and religious devotion, but their power was somewhat stunted by the typical Studio One arrangements. However, Burning Spear could count themselves lucky -- at least Dodd was releasing their recordings.

During this same period, the producer was letting the Abyssinians rot rather than chance releasing their plaintive and devotional songs. Understandably then, over time Burning Spear would revise many of the songs first cut at Studio One and they'd all gain mightily in atmosphere with new arrangements and production. More singles followed, but the trio seemed unable to repeat "Joe Frazier"'s success; in 1975, they split with Dodd and joined forces with producer Jack Ruby. Their initial session produced immediate results; "Marcus Garvey," meant for sound system-play only, was so successful that Ruby was forced to release it as a single. Its follow-up, "Slavery Days," proved its predecessor was no fluke. Inevitably, Dodd sought to take advantage of his former trio's new-found popularity and released a clutch of singles in response, taken from Spear's earlier sessions with him.

Meanwhile, the group began recording their next album with Ruby and accompanied by the Black Disciples, a phenomenal studio band featuring some of the island's greatest musicians. The end result was the Marcus Garvey album, one of the greatest Jamaica has ever unleashed. Its heavy roots sound, dreamy, haunting atmospheres, and powerful lyrics capture the imagination and never let go. It was after the album took Jamaica by storm that the Island label stepped in and signed Burning Spear. However, they immediately outraged the trio by remixing the record for white consumption. An equally light dub mix, Garvey's Ghost, was a weak attempt at a peace offering and did little to soothe Rodney's fury. To ensure that he maintained control in the future, the singer now set up his own label, Spear, debuting it with the single "Travelling," a new version of the old Studio One cut "Journey." Two more singles, "Spear Burning" and "The Youth," swiftly followed. In 1976, Burning Spear released their successor to Marcus Garvey, Man in the Hills. Again accompanied by the Black Disciples and overseen by Ruby, much of the album revolved around rural themes. The set also boasts an impressive new version of the group's debut release, "Door Peep," and the stunning club hit "The Lion." An excellent dub version, remixed by Sylvan Morris, accompanied the album.

By the end of the year, however, Rodney had broken not just with Ruby but with his two bandmates. Retaining the Burning Spear name, the singer now set out on his own and self-produced his next album, Dry Heavy. Recorded at Harry J's studio and with the Black Disciples still in tow, the singer laid down an album awash in sound, with the musicians contentedly jamming between the songs' verses. Once more he revisited a number of older offerings, including "Swell Headed," reinvented as "Black Disciples." Sylvan Morris was again asked to remix a dub companion.

By now, Burning Spear had amassed a sizeable following in the U.K. and in October of 1977, Rodney made his first appearance in the country, backed by the local reggae band Aswad. A ferocious show at London's Rainbow Theatre was captured for posterity on the Live album. For 1978's Social Living, Rodney made some changes. The Black Disciples remained at his side, but were buttressed by members of Aswad. The singer brought in Karl Pitterson to co-produce with him, while recording was split between Harry J's and Compass Point in the Bahamas. The end result was a scintillating album that mixed jazzy stretches with deep roots and anthemic reggae, notably on the single "Civilized Reggae." Sylvan Morris' dub mix was released the next year.

The year 1979 was a momentous one, as Rodney took a leading role in the seminal Rockers movie; his a cappella performance of "Jah No Dead" was one of the film's standout moments. The singer had appeared at the inaugural Reggae Sunsplash the year before, and was invited back again that year, in 1980, and he appeared regularly throughout the rest of the festival's history. His relationship with the Island label came to an end and Spear, too, folded with its final release of Burning Spear's own "Nyah Keith."

As the new decade dawned, Rodney launched the Burning Spear label, and signed it to the EMI label. But the singer hadn't cut all ties with his past and he recorded his new album, Hail H.I.M., at Bob Marley's Tuff Gong studio with Black Disciple and Family Man Barrett co-produce it. Sylvan Morris was again engaged to remix a dub version. These five studio albums, starting with Marcus Garvey, remain a seminal canon of dread roots, a string of recordings so strong that no other artist in the field has equaled them. They remain a fiery legacy, not just of the artist, but of the time.

In 1982, Rodney inked a deal with the Heartbeat label in the U.S., and recorded his debut album for them, Farover. The album featured a new backing group, the Burning Band, and it was apparent that the artist was now entering a new musical era. While Farover remained suitably steeped in roots, for the first time Rodney was beginning to seriously explore non- cultural themes, a shift the "She's Mine" single drove home. The Fittest of the Fittest continued down this path the following year, but there was more sparkle found on 1985's Resistance, which was nominated for a Grammy.

That was Burning Spear's final album for Heartbeat and Rodney next signed a deal with the independent Slash label. His debut for them, People of the World, earned another Grammy nomination. Its follow-up, 1988's Mistress Music, suffered from poor production, but better was the Live in Paris: Zenith album recorded at a show in May and released the same year. Running through a set of greatest hits, the album garnered another Grammy nomination, but saw the end of the Burning Band, which dissolved upon the completion of Burning Spear's European tour. Two years later, Rodney was back with a new backing group and incredibly re-signed to Island, opening his account for them with Mek We Dweet.

By now, Burning Spear was recording the kind of consumer-friendly roots Island had always wanted. The album, while a simmering blend of jams and jazz, pop, and reggae lite, was far removed from the artist's seething early work for the label. However, Rodney's stage work remained ferocious and American audiences were treated to some stunning live performances at the Sunsplash U.S. shows.

Odd as it may sound, the artist was asked for a track for Deadicated: A Tribute to the Grateful Dead, a Grateful Dead tribute album. His version of "Estimated Prophet" was less a tribute to the kings of psychedelic jams, than a simmering tribute to classic roots. That album appeared in 1991, the same year as Burning Spear's own Jah Kingdom, which while as light as its predecessor, contains a remarkable hypnotic atmosphere. After its release, Rodney once again severed his ties with Island and moved back to the Heartbeat label. 1993's The World Should Know, another Grammy-nominated album, inaugurated the new partnership and was cemented the following year with Love and Peace: Live 1994. The live album features some of Rodney's most ferocious recordings in years, and it was now on-stage that the artist was arguably delivering his best work. Burning Spear toured constantly, and successfully, across the decade, to the detriment of recording time.

Still, the artist continued to release albums on a biannual basis, beginning with Rasta Business in 1995, it too earned a Grammy nomination. As did Appointment with His Majesty, which saw Rodney experimenting with a distinctly folky sound. However, always a bridesmaid but never a bride, it seemed the artist was destined to be the eternal also-ran at the Grammys. That changed in 1999 when Calling Rastafari finally garnered the trophy. It was a deserving win; the album, moodier and more introspective than anything since the early crucial five, simmers across the grooves and many of the tracks have an unexpected sharpness to the lyrics. The album was supported by a major American tour. Spear started his own record label, Burning Spear Records, and released Freeman in 2003, followed by the hopeful Our Music in 2005. ~ Jo-Ann Greene, Rovi 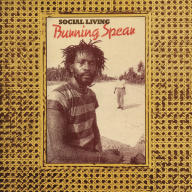 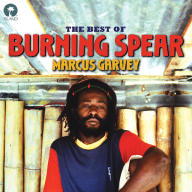 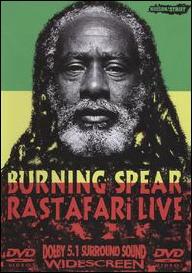 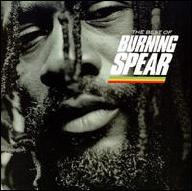 The Best Of Burning Spear
2008 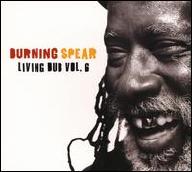 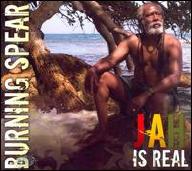 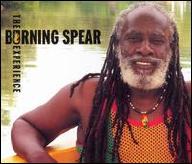 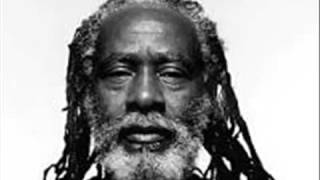 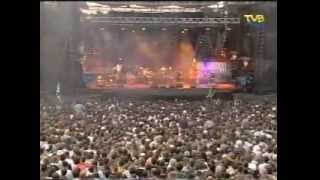 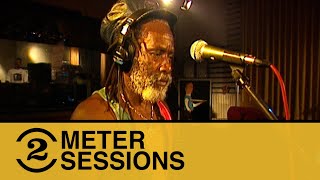 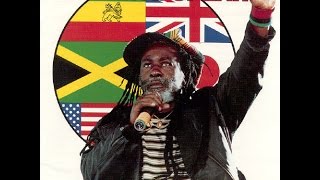 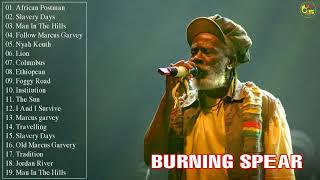 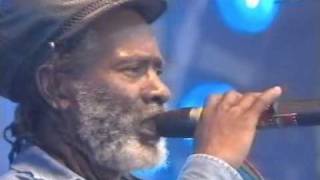 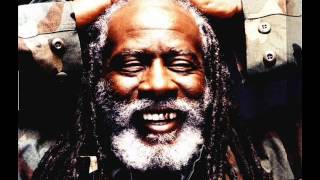