Close
Instant Funk
from Philadelphia, PA
formed January 1, 1971 - January 1, 1985 (age 14)
Biography
Instant Funk burst on the '70s disco scene with the million-selling single I Got My Mind Made Up (You Can Get It Girl) and the gold album Instant Funk. The Trenton, NJ, band started out with the core lineup of bassist Raymond Earl, drummer Scotty Miller, and guitarist Kim Miller. It later expanded to include keyboardist Dennis Richardson; lead singer James Carmichael; horn players Larry Davis, Eric Huff, and Johnny Onderlinde; and percussionist Charles Williams. The band can be heard on sides by Evelyn Champagne King (her gold single Shame), Archie Bell the Drells (Let's Groove, The Soul City Walk, and Strategy), South Shore Commission (Free Man, A Train Called Freedom), the O'Jays ( Let Me Make Love to You, I Swear I Love No One but You), Lou Rawls (From Now On, When You Get Home), Gabor Szabo (Keep Smilin'), and Jean Carn, as well as for their mentor, Bunny Sigler, and his cover of Love Train, Keep Smilin', Let Me Party With You, Sweeter Than the Berry, and Only You, a duet with Loleatta Holloway.

In the mid-'60s, bassist Raymond Earl met drummer Scotty Miller in grade school and formed the duo the Music Machine. In 1973, Scotty's younger brother, guitarist Kim Miller, joined the duo. After hours and hours of playing together, the trio found that they clicked; they became so intuitively "tuned" into each other that they could anticipate and accent each other's playing. In 1968, they began backing local vocal group the TNJs, appearing at local dances and venues building up a good reputation. Around 1971, the group's manager Jackie Ellis christened the backup band Instant Funk because they could come up with funky grooves instantaneously.

Philly soul artist/producer/songwriter Bunny Sigler was invited by Ellis to see Instant Funk and the TNJs perform. Sometime during the show, Sigler was called on stage to perform. He was impressed that the band knew Sunshine, a song he co-wrote with Phil Hurtt that was made popular by the O'Jays. They began backing Sigler, the Manhattans, and various other R&B acts. As a staff songwriter/producer at Gamble Huff's Philadelphia International Records, Sigler began using Instant Funk on his sessions along with the TNJs. At those sessions and later, Sigler would record the basic track with Earl and the Miller brothers. Sigler, a brimming fount of ideas, would often stop the band midsong to implement one of his flashes of brillance. They backed Sigler on three of his PIR albums: That's How Long I'll Be Loving You, Keep Smilin', and My Music. Some tracks from those LPs are on Sony/Legacy's The Best of Bunny Sigler: Sweeter Than the Berry and the 1998 Sony CD Bunny Sigler. Instant Funk released a single on PIR's TSOP imprint, Float Like a Butterfly, and an album, Get Down With the Philly Jump, issued in November 1976, whose title track and It Aint Reggae (But It Sho Is Funky) were popular in disco clubs.

Instant Funk can also be heard on sides by the O'Jays (Let Me Make Love to You, You've Got Your Hooks in Me, Once Is Not Enough, and I Swear I Love No One but You from Message in Our Music; Strokety Stroke from So Full of Love), Archie Bell the Drells (Let's Groove, Strategy, The Soul City Walk, and I Could Dance All Night on Tightening It Up:The Best of Archie Bell the Drells), the Three Degrees (Take Good Care of Yourself), Jean Carn (I'm in Love Once Again and You Are All I Need from Jean Carn), Dexter Wansel (Life on Mars, the best recording that gives an idea of how the band sounded live, and You Can Be What You Wanna Be from The Very Best of Dexter Wansel), and M.F.S.B. (Let's Go Disco from Universal Love). The band can be heard on studio bandmate T. Life's That's Life album and LPs by his protégée, Evelyn Champagne King (Smooth Talk and Music Box).

In 1977, M.F.S.B. guitarist Norman Harris started his own label, Gold Mind Records, distributed by New York-based Salsoul Records. Sigler signed on as a recording artist. He and the band were constantly in the studio recording ideas and songs. One track, Let Me Party With You, Sigler would listen to while driving around and excited passengers suggested that he release it. The single, co-written by the Miller brothers, Earl, and Sigler, went to number eight R&B in January 1978. The track was reminiscent of Marvin Gaye's Got to Give It Up. The album, Let Me Party With You, was a huge disco hit, and included the follow-up single, the funky Sam Peake's sax-drenched ballad I Got What You Need, Don't Even Try, and the club hit Your Love Is So Good.

The million-selling I Got My Mind Made Up (You Can Get It Girl) (remixed by Larry Levan) parked at number one R&B for three weeks, peaking at number 20 pop on Billboard's charts in March 1979. Their second album, Instant Funk, issued January 1979, went gold hitting number one R&B in spring 1979. Other Instant Funk albums on Salsoul were: Witch Doctor (November 1979), The Funk Is On (October 1980), Looks So Fine (March 1982), Instant Funk, Vol. 5 (January 1983), and Kinky (September 1983). The band backed Sigler on his Salsoul LPs: I've Always Wanted to Sing...Not Just Write Songs (March 1979) and Let It Snow (June 1980). Other Salsoul LPs that feature Instant Funk are Loleatta Holloway's Queen of the Night, Loleatta, and Greatest Hits; Double Exposure's Locker Room; and the Salsoul Orchestra's How High. For Neil Bogart's Casablanca Records, the band can be heard on two albums Sigler produced for the label: Party Girl by Patti Brooks and Callin' by the Pips. On Curtis Mayfield's Curtom Records, Sigler and the band are on Barbara Mason Bunny Sigler's Locked in This Position, the self-titled debut of Mystique featuring Ralph Johnson, and Mayfield's own Heartbeat. With the John Brothers, who were featured on Witch Doctor, they recorded a Sigler-produced RCA single, Try to Walk a Mile b/w I Just Want to Be Free, both songs written by Bunny's brother Jimmy Sigler. They are also on Gabor Szabo's Mercury LP Nightflight and Carl Carlton's I Wanna Be With You.

When the Cayre brothers, owners of Salsoul Records, decided to fold the label in 1984, in an effort to concentrate on the then-emerging home video market, Instant Funk was without a record deal. The band toured for a few years then disbanded. Some of the members were still in the music business in one form or another as the 21st century began. Raymond Earl was operating his own studio and production company, Ray Ray Productions. Kim Miller, Dennis Richardson, and James Carmichael went into gospel music. Bunny Sigler was touring the world as a member of the Trammps.

I Got My Mind Made Up (You Can Get It Girl) can be found on the CD reissue of their 1979 gold album Instant Funk, Greatest Hits from EMI/Capitol/The Right Stuff, in the movie and on the soundtrack for the Disney/Miramax movie #54, Larry Levan's Paradise Garage, and various Salsoul and Salsoul-licensed compilations. ~ Ed Hogan, Rovi 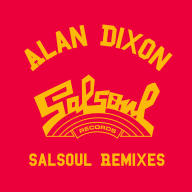 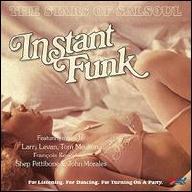 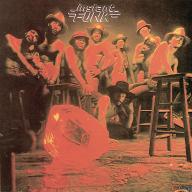 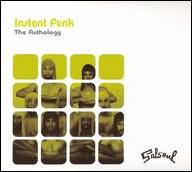 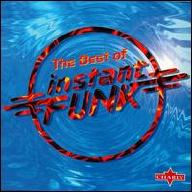 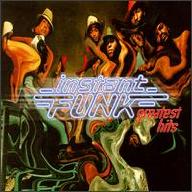 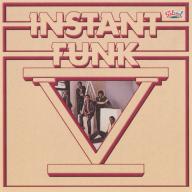 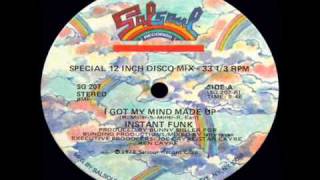 Instant Funk - Got My Mind Made Up 1978 disco version 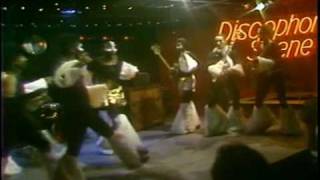 Instant Funk - You got my mind made up 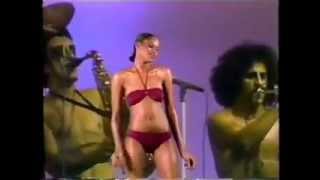 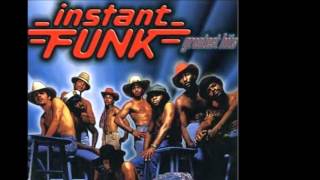 What can I do for you = instant funk 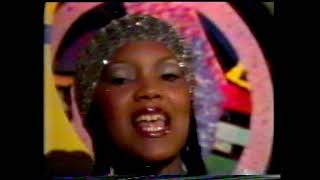 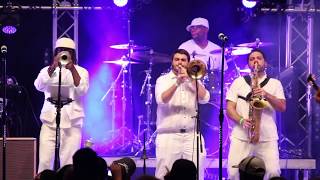 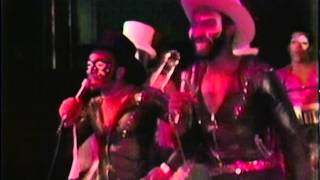 TOPPOP: Instant Funk - I Got My Mind Made Up (You Can Get It Girl)
Available here: