Close
Kiss
from New York, NY
formed January 1, 1973 (age 47)
Biography
Rooted in the campy theatrics of Alice Cooper and the sleazy hard rock of glam rockers the New York Dolls, Kiss became a favorite of American teenagers in the '70s. Most kids were infatuated with the look of Kiss, not their music. Decked out in outrageously flamboyant costumes and makeup, the band fashioned a captivating stage show featuring dry ice, smoke bombs, elaborate lighting, blood spitting, and fire breathing that captured the imaginations of thousands of kids. But Kiss' music shouldn't be dismissed -- it was a commercially potent mix of anthemic, fist-pounding hard rock driven by sleek hooks and ballads powered by loud guitars, cloying melodies, and sweeping strings. It was a sound that laid the groundwork for both arena rock and the pop-metal that dominated rock in the late '80s.

Kiss was the brainchild of Gene Simmons (bass, vocals) and Paul Stanley (rhythm guitar, vocals), former members of the New York-based hard rock band Wicked Lester; the duo brought in drummer Peter Criss through his ad in Rolling Stone, while guitarist Ace Frehley responded to an advertisement in The Village Voice. Even at their first Manhattan concert in 1973, the group's approach was theatrical, and Flipside producer Bill Aucoin offered the band a management deal after the show. Two weeks later, the band was signed to Neil Bogart's fledgling record label, Casablanca. Kiss released their self-titled debut in February of 1974; it peaked at number 87 on the U.S. charts. By April of 1975, the group had released three albums and had been touring America constantly, building up a sizable fan base.

Culled from those numerous concerts, Alive! (released in the fall of 1975) made the band rock & roll superstars; it climbed into the Top Ten and its accompanying single, "Rock 'N' Roll All Nite," made it to number 12. Their follow-up, Destroyer, was released in March of 1976 and became the group's first platinum album; it also featured their first Top Ten single, Peter Criss' power ballad "Beth." Kiss mania was in full swing; thousands of pieces of merchandise hit the marketplace (including pinball machines, makeup and masks, and board games), and the group had two comic books released by Marvel as well as a live-action TV movie, Kiss Meet the Phantom of the Park. A 1977 Gallup poll named Kiss the most popular band in America. The group was never seen in public without wearing their makeup, and their popularity was growing by leaps and bounds; the membership of the Kiss Army, the band's fan club, was in the six figures.

Even such enormous popularity had its limits, though, and the band reached them in 1978, when all four members released solo albums on the same day in October. Simmons' record was the most successful, reaching number 22 on the charts, yet all of them made it into the Top 50. Dynasty, released in 1979, continued their streak of platinum albums, yet it was their last record with the original lineup -- Criss left in 1980. Kiss Unmasked, released in the summer of 1980, was recorded with session drummer Anton Fig; Criss' true replacement, Eric Carr, joined the band in time for their 1980 world tour. Kiss Unmasked was their first record since Destroyer to fail to go platinum, and 1981's Music from the Elder, their first album recorded with Carr, didn't even go gold -- it couldn't even climb past number 75 on the charts. Ace Frehley left the band after its release; he was replaced by Vinnie Vincent in 1982. Vincent's first album with the group, 1982's Creatures of the Night, fared better than Music from the Elder, yet it couldn't make it past number 45 on the charts.

Sensing it was time for a change, Kiss dispensed with their makeup for 1983's Lick It Up. The publicity worked, as the album became their first platinum record in four years. Animalize, released the following year, was just as successful, and the group essentially recaptured their niche. Vincent left after Animalize and was replaced by Mark St. John, although St. John was soon taken ill with Reiter's Syndrome and left the band. Bruce Kulick became Kiss' new lead guitarist in 1984. For the rest of the decade, Kiss turned out a series of best-selling albums, culminating in the early 1990 hit ballad "Forever," which was their biggest single since "Beth." Kiss was scheduled to record a new album with their old producer, Bob Ezrin, in 1990 when Eric Carr became severely ill with cancer; he died in November of 1991 at the age of 41. Kiss replaced him with Eric Singer and recorded Revenge (1992), their first album since 1989; it was a Top Ten hit and went gold. Kiss followed it with the release of Alive III the following year; it performed respectably, but was not up to the standards of their two previous live records.

In 1996, the original lineup of Kiss -- featuring Simmons, Stanley, Frehley, and Criss -- reunited to perform an international tour, complete with their notorious makeup and special effects. The tour was one of the most successful of 1996, and in 1998 the reunited group issued Psycho Circus. While the ensuing tour in support of Psycho Circus was a success, sales of Kiss' reunion album weren't as stellar as anticipated. Reminiscent of the band's unfocused late-'70s period, few tracks on Psycho Circus featured all four members playing together (most tracks were supplemented with session musicians), as the band seemed more interested in flooding the marketplace with merchandise yet again instead of making the music their top priority. With rumors running rampant that the Psycho Circus Tour would be their last, the quartet announced in the spring of 2000 that they would be launching a U.S. farewell tour in the summer, which became one of the year's top concert draws. But on the eve of a Japanese and Australian tour in early 2001, Peter Criss suddenly left the band once again, supposedly discontent with his salary. Taking his place was previous Kiss drummer Eric Singer, who in a controversial move for some longtime fans, donned Criss' cat-man makeup (since Simmons and Stanley own both Frehley and Criss' makeup designs, there was no threat of a lawsuit) as the farewell tour continued.

With the band scheduled to call it a day (supposedly) by late 2001, a mammoth career-encompassing box set was set for later in the year, while the summer saw perhaps the most over-the-top piece of Kiss merchandise yet -- the "Kiss Kasket." The group was relatively quiet throughout the rest of the year, but 2002 started with a bang as Gene Simmons turned in an entertaining and controversial interview on NPR where he criticized the organization and berated host Terry Gross with sexual comments and condescending answers. He was promoting his autobiography at the time, which also caused dissent in the Kiss camp because of inflammatory remarks made toward Ace Frehley. Frehley subsequently declined to appear at an American Bandstand anniversary show; his place was taken by a wig-wearing Tommy Thayer, and Simmons was quick to dismiss the performance as another in a long series of money-oriented decisions. The band kept touring the globe with no new album in stores, but in 2008 they returned to the studio, re-recorded their hits, and released Jigoku-Retsuden aka KISSology or Kiss Klassics (the release was initially exclusive to Japan).

In spring of 2009, the band began recording their first studio album in 11 years, and released the results in October with the title Sonic Boom. Produced by Paul Stanley and Greg Collins, the album was exclusively distributed in North America by Wal-Mart. In 2012, the band's 20th studio album, Monster, surfaced, rewriting the cowbell-heavy party rock of their '70s heyday and adding some nods to the sinister metal of 1992's Revenge. In 2014, after 15 years of eligibility, Kiss was inducted into the Rock & Roll Hall of Fame. The following year they released a collaborative single with the Japanese idol group Momoiro Clover Z. In 2017, a career-spanning single-disc best-of, Kissworld, was released to coincide with a massive world tour of the same name. ~ Stephen Thomas Erlewine & Greg Prato, Rovi 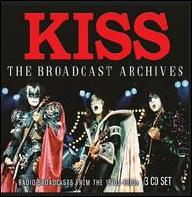 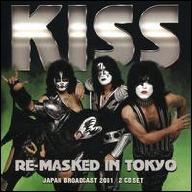 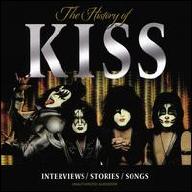 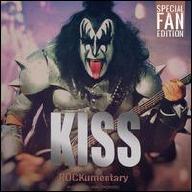 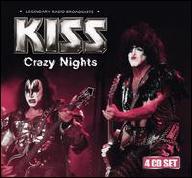 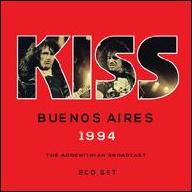 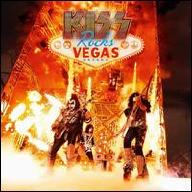 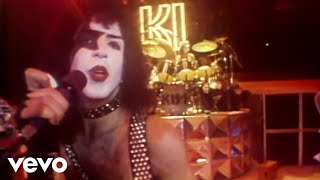 Kiss - I Was Made For Lovin' You 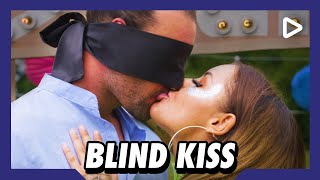 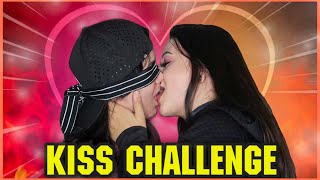 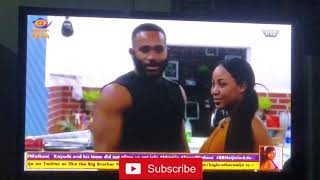 KIDDWAYA KISS ERICA IT GETS INTENSE | WATHONI GETS JEALOUS | Best kiss yet?! 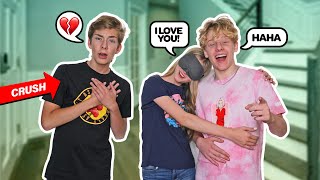 HOW WELL Do I KNOW My CRUSH CHALLENGE **KISS Gone Too Far** ❤️|Emily Dobson
Available here: