Close
Brian McKnight
from Buffalo, NY
June 5, 1969 (age 52)
Biography
One of the most consistent and enduring adult contemporary R&B artists, Brian McKnight jumped in toward the end of the new jack swing era with his platinum debut Brian McKnight (1992), and he's maintained a devoted fan base ever since, all the way through Exodus (2020), billed as his final album of all-original material. Whether writing and producing on his own or working with the likes of Diddy, the Underdogs, and Tim Bob, McKnight has enjoyed moderate commercial success -- highlighted by four consecutive Top Ten albums for Motown -- without ever quite becoming a superstar. This, along with a down-to-earth personality and a catalog heavy on engaging and predominantly mellow material, has helped McKnight longevity. The singer holds a Grammy record for 17 nominations without a win.

A Buffalo native, Brian McKnight grew up in a family where music came naturally. Along with his immediate family members, he was in the church choir, which was directed by his grandfather. McKnight explored other genres of music at home. In his early teens, he exercised his musical ambitions by composing instrumental material and learned to play several instruments. He formed a band and began performing his originals at local venues. By the age of 18, McKnight landed a publishing deal, and was further inspired when his older brother Claude's group, Take 6, signed a recording contract with a major label.

After sending out demos to various record companies, McKnight's tape drew the interest of Mercury Records president Ed Eckstine, who was so impressed with the sound that the young artist was signed within two weeks. McKnight's first release on Mercury was "The Way Love Goes," which in 1992 peaked at number 11 on Billboard's R&B/hip-hop chart. McKnight co-wrote and co-produced the song with Brandon Barnes (previously of Byrne Barnes), while session giants such as Louis Johnson (bass) and Wah Wah Watson (guitar) helped with instrumentation. The self-titled parent album reached number 58 on the Billboard 200 and had enough staying power to go platinum. McKnight's stock rose higher the next year with "Love Is," a duet recorded with Vanessa Williams for the soundtrack of Beverly Hills, 90210. Issued as a single, it reached number three on the Hot 100 and earned a Grammy nomination in the category of Best Pop Performance by a Duo or Group with Vocal.

Rather than rush out a follow-up, McKnight didn't release his second album, I Remember You, until 1995. His first album to reach the Top Ten of the R&B/hip-hop chart, it also contained a pair of Top 20 R&B/hip-hop singles: a cover of Van Morrison's "Crazy Love" and the relatively contemporary "On the Down Low." A pre-fame Robin Thicke, whose admiration ran so deep that he was jokingly nicknamed "Brian McWhite" by friends, co-wrote one of the album's other songs. On Anytime, issued in 1997, McKnight shook up his sound by collaborating with Diddy and Trackmasters. The former produced "You Should Be Mine (Don't Waste Your Time)," which featured Mase and crossed into the Top 20 of the Hot 100. Although Anytime boasted Grammy-nominated recordings with "The Only One for Me" and "Anytime" itself, and eventually went double platinum, McKnight moved to Motown. His fruitful second phase began in 1998 with the Christmas album Bethlehem. Back at One yielded a number two pop hit in 1999 with its title track. It was also McKnight's first Top Ten pop album and was up for a Grammy in the category of Best R&B Album. Once again, McKnight had two songs Grammy-nominated in separate categories. Triple-platinum status followed shortly thereafter.

McKnight's second decade started in 2001 with Superhero, sporting a surprisingly rock-oriented title track and an extended list of featured artists -- including Justin Timberlake, Nate Dogg, Fred Hammond, and Nelly's St. Lunatics -- that gave it the look of a mixtape. Three of its songs were nominated for Grammys. Additionally, "Win," McKnight's contribution to the soundtrack of Men of Honor, was nominated for Best Song Written for a Motion Picture, Television or Other Visual Media. In 2003, U Turn continued McKnight's streak of Top Ten albums -- more specifically, it was his third straight album to peak at number seven. A fairly straightforward and ballad-filled affair, its "Shoulda Woulda Coulda," one of McKnight's most successful collaborations with the Underdogs, made the singer a four-time nominee for Best Male R&B Vocal Performance. Some time playing basketball for the ABA's Ontario Warriors kept McKnight out of the musical picture for a couple years, but he returned in 2005 to finish out his Motown run with Gemini, which entered the Billboard 200 at number four and contained some of his most overtly sexual songwriting. "What We Do Here" earned him yet another Grammy nomination in the R&B field.

McKnight got to work for Warner Bros. almost as quickly as he did for Motown after he left Mercury. Ten arrived in 2006 with a handful of Tim Bob collaborations among otherwise self-produced material, but the label affiliation was short-lived. Subsequently signed to Razor Tie, McKnight continued with a second Christmas album, I'll Be Home for Christmas, before partnering with a series of independents. Evolution of a Man, for the most part a self-sufficient collection, was released in 2009 on E1 and involved Stevie Wonder and Jill Scott. All the while, McKnight was involved in a number of other pursuits. He hosted a radio program on a Los Angeles radio station, performed on Broadway in Chicago, and competed on the second season of Celebrity Apprentice. All this activity carried into the following decade. In 2011, he released the split live/studio set Just Me, followed two years later by More Than Words, which was filled with unmistakable references to late-'70s and early-'80s soft rock and funk. McKnight continued during the latter half of the decade with the independently issued Better and the career-spanning live set An Evening with Brian McKnight, both of which were released in 2016. The predominantly electronic album Genesis followed in 2017 and began an affiliation with SoNo Recording Group. Three years later, McKnight returned with what he said would be his final LP of all-original material, the descriptively titled Exodus. ~ Andy Kellman, Rovi 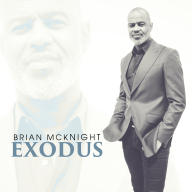 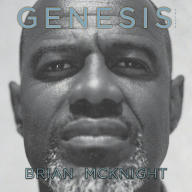 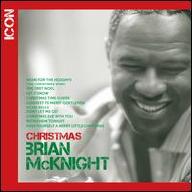 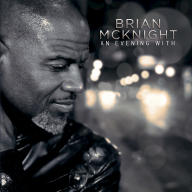 An Evening With Brian McKnight [Live]
2016 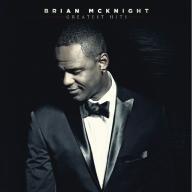 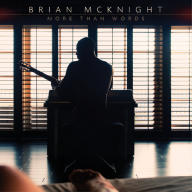 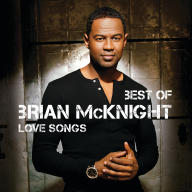 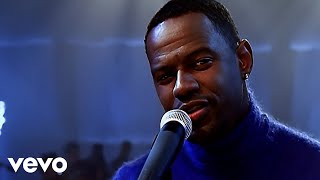 Brian McKnight - Back At One (Official Video) 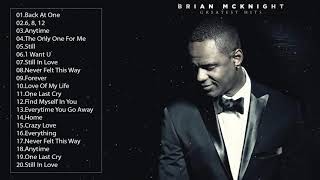 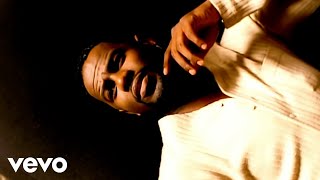 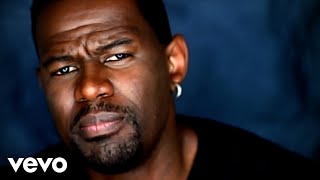 Brian McKnight - The Only One For Me (Official Video) 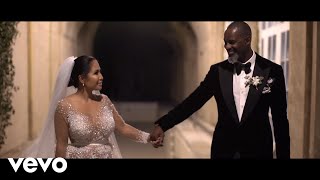 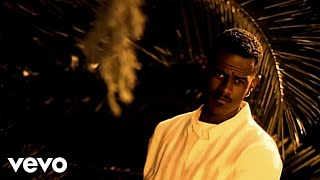 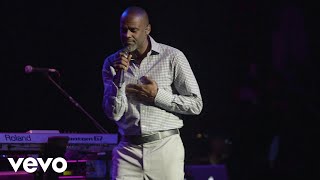