Close
Andrew Lloyd Webber
from London, England
March 22, 1948 (age 73)
Biography
A prime torchbearer of the rock musical, Andrew Lloyd Webber is the most successful Broadway and West End composer of his generation. His work typically combines dramatic, emotional plots with anthemic music that incorporates both classical and rock elements. Those works that also featured storytelling with no dialogue -- including his third stage musical, 1971's Jesus Christ Superstar -- were dubbed rock operas in the tradition of the Who's Tommy. The London native broke box-office records at home and in New York with shows like Cats (1981) and The Phantom of the Opera (1988), the former of which featured the hit song "Memory" and latter of which became the longest-running show in Broadway history. Over the years, Lloyd Webber occasionally branched into other forms, including a film score (1974's The Odessa File) and classical works (1985's Requiem), but he continued to premiere musicals at a regular rate, composing the music while frequent writing partners including Tim Rice and Don Black provided lyrics. An EGOT winner, Lloyd Webber took home four Grammys in the '80s and '90s, won an Oscar (with Rice) for "You Must Love Me" from the 1996 film adaptation of his Evita, and collected seven Tony Awards before capping off the acronym with an Emmy win for Jesus Christ Superstar: Live in Concert in 2018. In 2020, a film version of Cats produced a highlights album that extended the composer's intermittent presence on the U.S. and U.K. soundtrack and cast album charts into a sixth decade.

Born in Kensington in 1948, Andrew Lloyd Webber took after his parents, violist/pianist Jean Hermione Johnstone and composer/organist William Lloyd Webber, a one-time director of the London College of Music. His younger brother, Julian Lloyd Webber, became an internationally celebrated cellist. Andrew started writing his first melodies at age seven and compiled a suite of six piano pieces when he was 11. In the meantime, he was exposed to theater by his aunt Viola, an actress. By the age of 15, the young composer was already working on his own musicals, and his father enrolled him part-time at the Eric Gilder School of Music. After leaving Westminster School and spending a term at Magdalen College, Oxford, he entered the Royal College of Music to study musical theater.

While Lloyd Webber's predecessors were, for the most part, American -- New York-based songwriters steeped in Broadway tradition -- he nevertheless partnered with a fellow Englishman, lyricist Tim Rice, to begin work on a musical about philanthropist Thomas John Barnardo. Called The Likes of Us (1965), it couldn't find a producer, and the pair set about writing a musical based on the biblical story of Joseph and his coat of many colors. Titled Joseph the Amazing Technicolor Dreamcoat, it incorporated a strong rock & roll influence. As it, too, sought out a producer, the two hit on the idea of writing a musical based on the life of Jesus Christ from the point-of-view of Judas (not a typical premise for Broadway at the time) and, again, imbued with rock. Unable to finance a stage version, Lloyd Webber and Rice did manage to record the show, and Jesus Christ Superstar (1969) went on to sales in the millions all over the world. A hit musical version followed on the West End in 1973.

Lloyd Webber and Rice then temporarily split, with the composer writing for film (1974's The Odessa File) and working on a musical with playwright Alan Ayckbourn (1975's Jeeves), after which Rice returned with another audacious idea: a musical based on the life of Argentine First Lady Eva Perón. Evita (1976) repeated the pattern of Jesus Christ Superstar, with its hit record album followed by a successful theatrical run in the West End and then on Broadway. The show won Lloyd Webber his first Grammy, Tony, and Olivier Awards, for Best Cast Show Album, Best Original Score, and Best Musical, respectively.

Working without Rice, who went on to write Blondel and Chess with other composers, Lloyd Webber next penned a musical revue based on T.S. Eliot's whimsical poems about cats. This time, the show came before the album, and went on to become one of the longest-running musicals in the history of Broadway (18 years) and the West End (21 years). The animal-costumed Cats (1981) largely abandoned the rock elements of his prior work in favor of what critics branded a pastiche style that borrowed from classical and opera sources. A version of the song "Memory" by Elaine Paige, who originated the role of Grizabella on the West End, reached number six on the U.K. singles chart, while Barbra Streisand's cover of it peaked at number 52 on the Billboard Hot 100. The Broadway version of the show won Lloyd Webber two Tonys -- best score and best musical -- as well as a second best-musical Olivier Award and a second Grammy for best cast album. He had also by then become a brand name (and a corporation, the Really Useful Company).

A series of stage successes followed, including 1982's Song Dance (with lyricist Don Black) and 1984's Starlight Express (with Richard Stilgoe), before he scored another massive hit in 1987 -- 1988 in New York -- with a musical adaptation of The Phantom of the Opera. It featured lyrics by another British colleague, Charles Hart. After taking home the Oliver and Tony for best musical, Phantom eventually became the longest-running musical in Broadway history, and by a wide margin. In the meantime, Lloyd Webber won the Grammy Award for Best Contemporary Composition for his Requiem, a recording that reached a career-high number 77 on the Billboard 200. With the book and music by Lloyd Webber and lyrics by Black and Hart, Aspects of Love opened in 1989 (a year later in New York). Lloyd Webber was appointed Knight Bachelor by Queen Elizabeth II in 1992.

A musical adaptation of the Billy Wilder film Sunset Boulevard followed on the West End in 1993 with Patti LuPone starring as Norma Desmond. Glenn Close originated the role on Broadway a year later. The latter production earned Lloyd Webber Tonys for best score and best musical. In 1996, Alan Parker adapted Evita for the screen, and Lloyd Webber and Rice contributed a new song, "You Must Love Me." Performed by Madonna as Eva Perón, it won the Best Original Song award at the next year's Academy Awards.

The composer continued to premiere new musicals well into the next century, although his adaptation of the 1961 film Whistle Down the Wind never made it to Broadway, nor did 2000's The Beautiful Game, which dealt with the political turmoil of 1969 Belfast. He then produced the A.R. Rahman musical Bombay Dreams, which premiered on the West End in 2002 and Broadway in 2004. His own The Woman in White, based on the Wilkie Collins novel, opened on the West End in 2004 and Broadway in 2005, closing in both locales in 2006. It was followed by 2010's Love Never Dies, 2011's The Wizard of Oz (featuring the film's music and a book by Lloyd Webber and Jeremy Sams), and 2013's Stephen Ward, which premiered on the West End but didn't play on Broadway.

Based on the 2003 film and featuring lyrics by Glenn Slater, 2015's School of Rock marked Lloyd Webber's return to the Great White Way and became the first British musical to have its world premiere on Broadway. When a 2017 revival of Sunset Boulevard (also with Glenn Close) opened on Broadway, Lloyd Webber became only the second songwriter in history to have four shows running there concurrently (joining School of Rock, The Phantom of the Opera, and a revival of Cats). The first to do it was the team of Rodgers Hammerstein in 1953. In 2018, Lloyd Webber was the recipient of both the Tony and Olivier lifetime achievement awards. 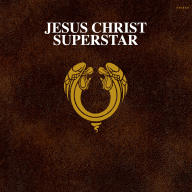 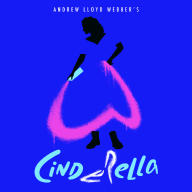 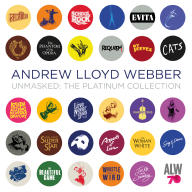 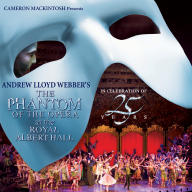 The Phantom Of The Opera At The Royal Albert Hall
2011 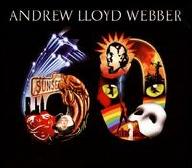 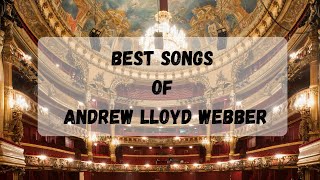 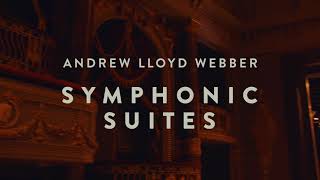 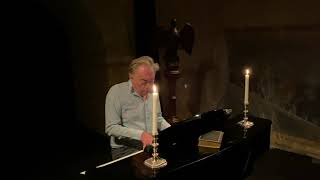 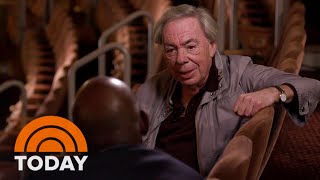 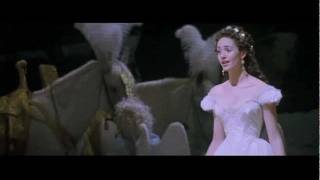 Think of Me - Andrew Lloyd Webber's The Phantom of the Opera 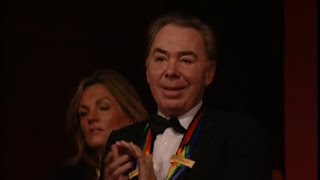