Close
Flamin' Groovies
from San Francisco, CA
formed January 1, 1965 (age 56)
Biography
The Flamin' Groovies are a band who built a career out of demonstrating the positive aspects of living in the past. While they first rose to fame in San Francisco in the late '60s, they had little interest in the psychedelic music that was all the rage in the Bay Area. Instead, the Groovies celebrated the joys of first-era rock & roll and vintage R&B, as well as the greasy raunch of early-'60s rock. They came up with the classic tune "Teenage Head" from the similarly classic LP of the same name in 1971, but after some lineup changes, the band evolved into British Invasion obsessives whose songs echoed the glory days of the Beatles (with some of the Byrds' 12-string jangle mixed in). Their second classic song "Shake Some Action" -- which was the title track of their 1976 album of the same name -- is a chiming, elegiac ballad that helped define the softer side of power pop in the mid-'70s. Some form of band -- always helmed by guitarist Cyril Jordan -- continued playing on and off in the following decades and released what seemed like a final record, Rock Juice, in 1993. Jordan revived the group in the 2000s and various permutations of the classic line-ups played festivals and toured. In 2017, they released their first album in more than two decades, Fantastic Plastic.

The Flamin Groovies' story began in 1965, when Cyril Jordan, a guitarist who dug Chuck Berry, the Beach Boys, and the Beatles, was a high school sophomore. Jordan had been playing in a band with drummer Ron Greco when he met like-minded teen musician George Alexander, who played bass. Alexander was working on music with his friends Roy Loney (vocals and guitar) and Tim Lynch (guitar), and they invited Jordan and Greco over one evening to jam. Over the course of the evening, the five musicians learned 20 songs, and decided they had the makings of a real band. Jordan and Greco teamed with Loney, Lynch, and Alexander, forming a combo first known as the Chosen Few, and then the Lost and Found. This edition of the band played teen dances and Battles of the Bands, but briefly broke up before reassembling in August 1966, with drummer Danny Mihm replacing Greco. (Greco would later play bass with pioneering San Francisco punk band Crime.)

The Flamin Groovies had a hot-wired sound and retro outlook that put them on the outskirts of the San Francisco scene at the time. (It didn't help that the group's original manager had a prickly relationship with local rock impresario Bill Graham.) The band scared up gigs at bars and small clubs, and in 1967 they self-released their debut recording, a 10" EP called Sneakers. The EP sold out two pressings of 1,500 copies each and was close to clearing out a third when Epic Records offered the band a contract. The Groovies went into the studio with producer Steve Goldman, and with their contract giving them unlimited recording time, the bandmembers took their time polishing their first release for Epic. Released in 1969, Supersnazz was significantly glossier than Sneakers, but it successfully communicated the group's manifesto of energy and real rock & roll kicks, and earned positive reviews. However, it didn't come close to recouping its costs, and Epic soon dropped the Groovies. Undaunted, they soon found a new home at Kama Sutra Records, which released their second album in 1970. Flamingo was a significantly more straightforward and powerful set, and found the band writing better and stronger original tunes. Arriving in 1971, Teenage Head added a bit more precision to the Groovies' formula, and the band seemed to be making commercial headway. But Jordan and Loney were increasingly at odds over the group's creative direction, and by the end of 1971, Loney had quit the band. Tim Lynch soon followed. (One of Loney's last shows with the Groovies can be heard on Norton Records' 1997 release The Flamin' Groovies in Person!!!!)

With Jordan now the group's unquestioned leader, he assembled a new Groovies lineup, featuring singer and guitarist Chris Wilson and guitarist James Farrell. The Groovies began recording new material with producer Dave Edmunds, and they were poised to sign a new record contract with United Artists. But the UA deal fell through, and the group remained in limbo for the next few years, with a few songs sneaking out on small-label singles in Europe. During this period, Danny Mihm also left the Groovies, and David Wright came aboard as their drummer. It wasn't until 1976 that the Flamin Groovies once again had a reliable international label behind them when Sire Records released the album Shake Some Action. The title track would go on to become the band's best-known song, and it won a new cult following for the Groovies, even if they failed to break through to the mainstream. The moody British Invasion-inspired sound of Shake Some Action and rough-and-ready energy of their earlier albums both proved to be influential on the nascent punk/new wave scene. For once, the Flamin Groovies appeared to be in the right place at the right time. But the group's next two albums, 1978's Flamin' Groovies Now and 1979's Jumpin' in the Night, didn't connect strongly with fans or critics. (The two LPs also documented another line-up change: James Farrell left the Groovies, and Mike Wilhelm, formerly of the San Francisco pre-psychedelic combo the Charlatans, became their new lead guitarist.)

By 1980, Sire had dropped the Flamin Groovies, and Chris Wilson resigned from the band. While the Groovies played occasional live shows with a new line up of guitarist/vocalist Jack Johnson and drummer Paul Zahl, they didn't release any new recordings until 1987. One Night Stand was a live-in-the-studio effort that, as the title suggested, was cut in a single evening during a grueling tour of Australia and Europe. The band recorded an album together but split in 1991 before it was released. Rock Juice saw the light of day two years later.

Interest in the Flamin Groovies never entirely went away, as a steady stream of reissues and archival releases appeared from labels large and small. In 1995, Cracker recorded a cover of "Shake Some Action" for the soundtrack to the movie Clueless, which provided a windfall for Jordan and Wilson, the song's writers. And as Roy Loney toured and recorded occasional albums, and Jordan formed the band Magic Christian, the band's core fans never lost their love for the Flamin Groovies. In 2009, Roy Loney and Cyril Jordan appeared together for the first time since 1971 at the Ponderosa Stomp Festival in New Orleans, backed by members of the A-Bones. (A-Bones drummer Miriam Linna headed up the Flamin Groovies Fan Club in the '70s.) The show sparked a short tour with Loney and Jordan and put Jordan back in touch with Chris Wilson and George Alexander. By 2013, Jordan had reassembled the Flamin Groovies, with Wilson, Alexander, and new drummer Victor Peñalosa. After several rounds of touring, the Groovies began work on a new album, and in April 2016, they released a new song online, a Jordan/Wilson original called "Crazy Macy." In 2017, the first Flamin' Groovies album in 24 years, Fantastic Plastic, arrived; the LP included original cover art by Jordan (created in the style of legendary Mad Magazine artist Jack Davis), and guest appearances by Tubes drummer Prairie Prince and members of the Fabulous Thunderbirds. Roy Loney, who had sat in for Wilson on a truncated Groovies tour in May 2019, died on December 13, 2019. ~ Mark Deming, Rovi 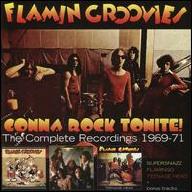 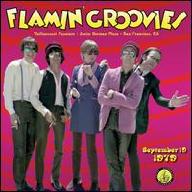 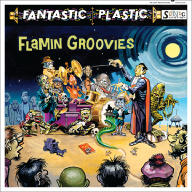 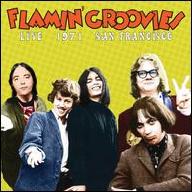 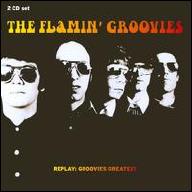 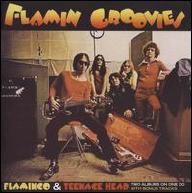 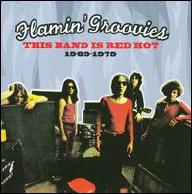 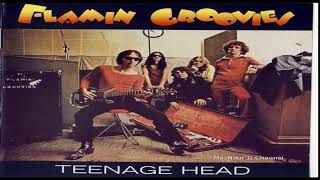 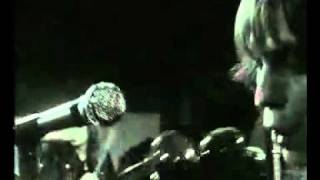 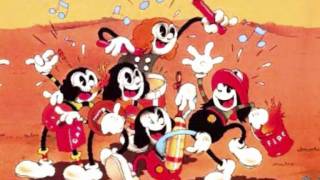 Shake Some Action (the proper 1976 version) 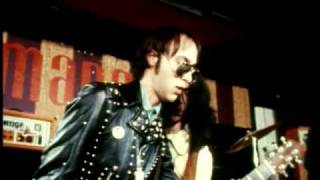 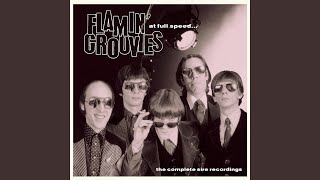 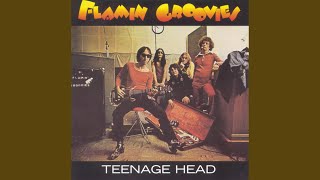