Close
Sick of It All
from New York, NY
formed January 1, 1986 (age 36)
Biography
Formed by brothers Lou and Pete Koller in the mid-'80s, Sick of It All became a seminal band in the New York City hardcore scene. While remaining true to their roots and without compromising their style, Sick of It All progressed from an indie band with a strong live following to a major-label act touring with the likes of Helmet and Rancid. Sick of It All remained a vital influence on the hardcore scene. They released Built to Last in early 1997 to critical acclaim and an expanding audience.

The brothers came up with the band's bluntly expressive name in their parents' basement in 1984. SOIA's original lineup -- with Lou on vocals, Pete on guitar, Rich Cipriano on bass, and Arman Majidi on drums -- released an initial self-titled EP in 1987 on the independent Revelation label. After playing N.Y.C. clubs like CBGB and building a strong local following, SOIA released, on the Combat label, their first album, Blood Sweat No Tears, a collection of 19 songs of intense energy, 17 of which clocked in at less than two minutes. Following the release of the album, SOIA embarked on their first national tour. Majidi left during the tour to work with Rest in Pieces and was replaced by Max Capshaw. Majidi rejoined to record the We Stand Alone EP, which was released in early 1991 on the Relativity label. Neither Majidi nor Cipriano played with the Koller brothers on the tour preceding the release; Eddie Coen substituted on bass, plus E.K. on drums.

SOIA recorded and released Just Look Around for Relativity in 1992 with the original lineup intact, and then Cipriano left for good prior to an international tour that brought SOIA to Europe and Japan. Craig Setari came on to play bass and to establish the lineup that remained intact into the new millennium. Just Look Around was instrumental in revitalizing the declining N.Y.C. hardcore scene. SOIA left the Relativity label after the release of the album, citing dissatisfaction with the efforts of the indie label. They released Scratch the Surface in 1994 on the Eastwest label, facing accusations of selling out from fans and industry members.

Two releases in 1995 on the Lost Found label -- a live album entitled Live in a World Full of Hate and a collection of early recordings, Spreading the Hardcore Reality -- bridged the gap between the releases of Scratch the Surface and Built to Last, which was released on the Elektra label. During that time, SOIA continued to tour extensively, including visits to South and Central America.

SOIA have suffered from associations with violence. Frequent fights at early shows gave them the unwanted and unfounded image of condoning violence. The bandmembers have attempted to disassociate the group from the violent acts of their fans. In the early '90s, Wayne Lo, a Massachusetts prep student, shot and killed several classmates while wearing a Sick of It All T-shirt, and The New York Times granted space to the bandmembers to issue a statement of vindication, in which they explained how Lo had misinterpreted their lyrics. Rolling Stone also ran an editorial in defense of the band. "Goatless," a song on Scratch the Surface, is inspired by the episode.

SOIA's steady progression has been colored by numerous accusations of selling out. The band once debated the pseudo-anarchist band Born Against live on N.Y.U. radio about that very subject. The band generally dismisses any such accusations. Only in recent years have the members of the group been able to give up their "day jobs." They are not overly concerned about their image, and in fact have stated in interviews that they have no image. They are more concerned about writing music inspired by real events in their own lives, and performing it with more emphasis on impact and energy than on melody.

Still going strong into the new millennium, Sick of It All returned with their second release on Fat Wreck Chords, Yours Truly, in the fall of 2000. Next came the band documentary video The Story So Far in 2001, their contribution to Fat's Live in a Dive series (2002), the studio album Life on the Ropes (2003), and the B-sides collection Outtakes for the Outcast (2004). Marking 20 years together in 2006, they began the year in the U.K. with Dropkick Murphys before their ninth full-length, Death to Tyrants, dropped in April on Abacus. The band spent the next four years touring, and finally returned with its ninth album, Based on a True Story, in April of 2010. The following year, Sick of It All celebrated their 25th anniversary with Nonstop, which featured the band re-recording some of its classic songs with producer Tue Madsen at the helm in the studio. New material eventually followed, with the band's tenth album, Last Act of Defiance, arriving in 2014 via Century Media. In 2016, the band celebrated their 30th anniversary by releasing When the Smoke Clears, a five-track EP/60-page coffee table book that included all-new material and tons of rare photos, artwork, and liner notes from Davey Havok (AFI), Dennis Lyxzén (Refused), Chuck Ragan (Hot Water Music), and Arthur Smilios (Gorilla Biscuits). Sick of It All returned in 2018 with a brand new full-length record. Wake the Sleeping Dragon! was produced by Jerry Farley (Lamb of God, Demon Hunter), and featured guest spots from of Hot Water Music's Chuck Ragan and Rise Against's Tim Mcilrath~ Nick Kemper, Rovi 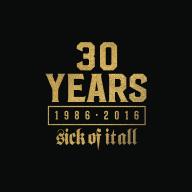 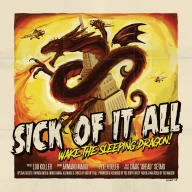 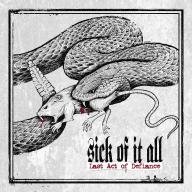 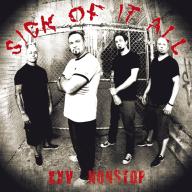 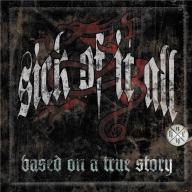 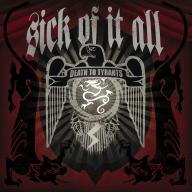 Our Impact Will Be Felt
2006
Videos
Close 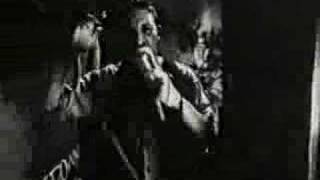 Sick Of It All - "Step Down" EastWest Records 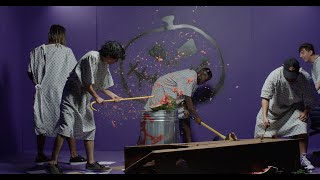 Magnolia Park - Sick Of It All 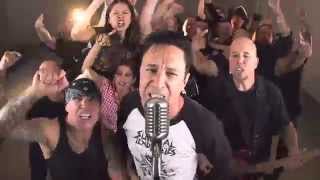 SICK OF IT ALL - Road Less Traveled (OFFICIAL VIDEO) 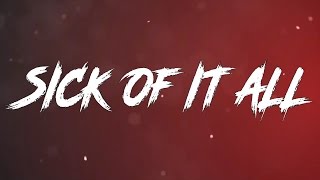 4th Point - Sick of It All (Official Lyric Video) 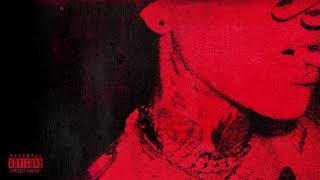 blackbear - SICK OF IT ALL [Audio] 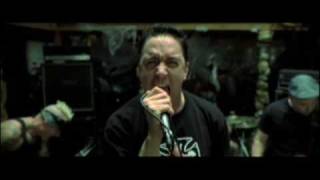 SICK OF IT ALL - Take The Night Off (OFFICIAL VIDEO) 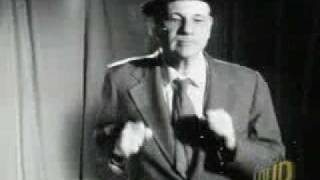 Sick Of It All - Step Down
Available here: