Close
Roger "Ram" Ramirez
from Puerto Rico
September 15, 1913 - January 11, 1994 (age 80)
Biography
Best-remembered as the composer of "Lover Man," Ram Ramirez was a fine pianist quite capable of playing in swing, bop and trad settings. Ramirez, who grew up in New York City, started on piano when he was eight and was a professional five years later. Early on, Ramirez worked with the Louisiana Stompers, Monette Moore (1933), Rex Stewart, the Spirits of Rhythm (1934) and Willie Bryant (1935). He visited Europe with Bobby Martin's group (1937-39), had his own band back in New York and then worked with Ella Fitzgerald, Frankie Newton and Charlie Barnet (1942). After a second stint with Newton, Ramirez played with the John Kirby Sextet in 1944. 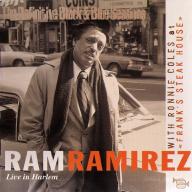 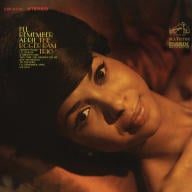 ROGER "RAM" RAMIREZ - It Had To Be You
Available here: