Close
Sonny Simmons
from Sicily Island, LA
August 4, 1933 - April 6, 2021 (age 87)
Biography
A boldly independent altoist, Sonny Simmons was a fiery improviser whose work straddled the modal free jazz and swinging hard bop traditions. Emerging on the West Coast in the early '60s, Simmons first peaked ears leading a group with Prince Lasha. He also played with Charles Mingus, Eric Dolphy, and Elvin Jones. However, it was his 1966 album Staying on the Watch with his wife, trumpeter Barbara Donald, that established his legacy as a daring and free-spirited soloist at the forefront of the avant-garde jazz scene. Years spent homeless and playing on the streets for money curtailed his career and found him falling into obscurity. Nonetheless, he persevered, regaining critical acclaim with albums like 1994's Ancient Ritual, 2005's The Traveller, and 2014's Nomadic with the psychedelic outfit Moksha Somnyasin.

Born in 1933 in Sicily Island, Louisiana, Simmons was six years old when his family was forcibly evicted from their farm at gunpoint by a local racist mob. They eventually settled in Oakland, California, where Simmons started playing the English horn. At age 16, he switched to the alto saxophone, drawing early inspiration from bebop and R&B players like Dexter Gordon, Illinois Jacquet, and, most importantly, Charlie Parker. Following stints backing Lowell Fulson and Amos Milburn, Simmons gained a foothold in the jazz scene playing in bassist Charles Mingus' band. In 1962, he formed a quintet with flutist Prince Lasha and released a handful of engaging free jazz albums, including 1962's The Cry! and 1967's Firebirds. He also spent time in New York, where he recorded with Elvin Jones and Eric Dolphy.

In 1964, Simmons married trumpeter Barbara Donald, a powerful soloist with whom he formed a highly adventurous ensemble. Together, they made their debut with 1966's Staying on the Watch for ESP, a landmark album featuring their group with pianist John Hicks, bassist Teddy Smith, and drummer Marvin Patillo. A second album, Music from the Spheres, arrived in 1968, followed a year later by Rumasuma. In 1970, they released the Lester Koenig-produced Burning Spirits, which found them collaborating with an all-star ensemble featuring Richard Davis and Cecil McBee on bass, Lonnie Liston Smith on piano, and Clifford Jarvis on drums.

By the mid-'70s, however, personal problems found Simmons struggling to keep his career and home life afloat. His marriage broke up, and he began living on the streets. For nearly 20 years, Simmons wallowed in obscurity, often sleeping in a cardboard box and busking for cash. In 1994, he suddenly re-emerged, as adventurous as ever, with the trio album Ancient Ritual for Qwest/Warner Bros. The album, along with performances alongside younger luminaries like Branford Marsalis, helped to earn him long-overdue recognition and relaunch his career. He recorded additional well-received sets for Qwest and CIMP, including 1996's Transcendence, 1997's American Jungle, and 1999's Universal Prayer/Survival Skills.

Though he would still find himself periodically scuffling for work, often spending time playing in Europe, he remained creatively engaged. In 2003, he was the subject of director Robert Brewster's documentary film In Modern Time, a Sonny Simmons Story. His later-career resurgence continued with albums like 2004's Jewels, 2005's The Traveller, and 2006's I'll See You When You Get There. Last Man Standing arrived in 2007. He also paired with the French psychedelic outfit Moksha Samnyasin for the 2014 album Nomadic. The archival 1991 live album Reincarnation, featuring the saxophonist performing with Donald (who passed away in 2013), appeared on Arhoolie in 2015. Simmons died on April 8, 2021 at Beth Israel Hospital in New York City; he was 87 years old. ~ Matt Collar, Rovi 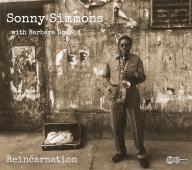 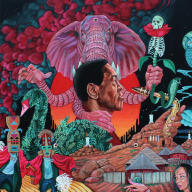 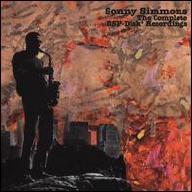 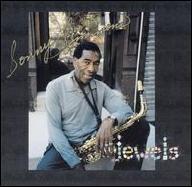 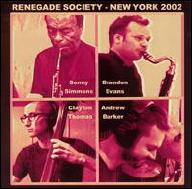 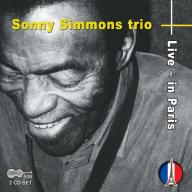 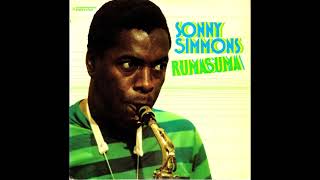 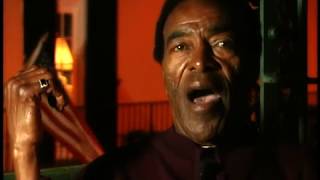 In Modern Time -- a Sonny Simmons story by Robert Brewster 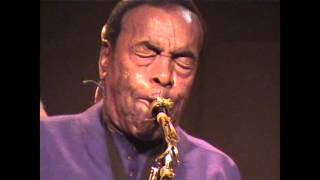 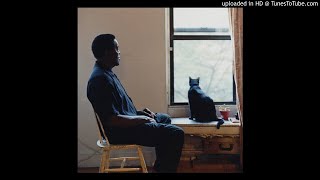 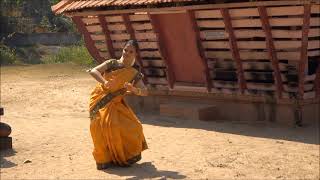 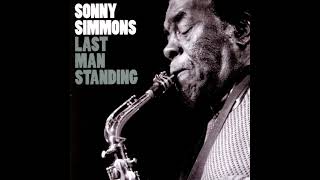 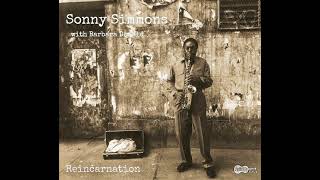