Close
Solomon Burke
from Philadelphia, PA
March 21, 1936 - October 10, 2010 (age 74)
Biography
While Solomon Burke never made a major impact upon the pop audience -- he never, in fact, had a Top 20 hit -- he was an important early soul pioneer. On his '60s singles for Atlantic, he brought a country influence into RB, with emotional phrasing and intricately constructed, melodic ballads and midtempo songs. At the same time, he was surrounded with sophisticated "uptown" arrangements and was provided with much of his material by his producers, particularly Bert Berns. The combination of gospel, pop, country, and production polish was basic to the recipe of early soul. While Burke wasn't the only one pursuing this path, not many others did so as successfully. And he, like Otis Redding and Wilson Pickett, was an important influence upon the Rolling Stones, who covered Burke's Cry to Me and Everybody Needs Somebody to Love on their early albums.

Burke came by his gospel roots even more deeply than most soul stars. He was preaching at his family's Philadelphia church and hosting his own gospel radio show even before he'd reached his teens. He began recording gospel and RB sides for Apollo in the mid- to late '50s. Like several former gospel singers (Aretha Franklin, Wilson Pickett), he was molded into a more secular direction when he signed with Atlantic in the '60s. Burke had a wealth of high-charting RB hits in the early half of the '60s, which crossed over to the pop listings in a mild fashion as well. Just Out of Reach, Cry to Me, If You Need Me, Got to Get You Off My Mind, Tonight's the Night, and Goodbye Baby (Baby Goodbye) were the most successful of these, although, unlike Franklin or Pickett, he wasn't able to expand his RB base into a huge pop following as well. He left Atlantic in the late '60s and spent the next decade hopping between various labels, getting his biggest hit with a cover of Creedence Clearwater Revival's Proud Mary in 1969, and recording an album in the late '70s with cult soulster Swamp Dogg as producer.

From the '80s through the first decade of the new millennium, Burke became one of the most visible living exponents of classic soul music, continuing to tour and record albums in a rootsy, at times gospel-ish style. Although these were critically well-received, their stylistic purity also ensured that their market was primarily confined to roots music enthusiasts, rather than a pop audience. His live and later recorded work, however, is a favorite of those who want to experience a soul legend with his talents and stylistic purity relatively intact. Burke's 2002 release Don't Give Up on Me was hailed as a major comeback for the legendary soul man. Great songwriters like Elvis Costello, Dan Penn, Nick Lowe, and Tom Waits contributed songs, and Joe Henry produced the album, which has been compared to Johnny Cash's landmark American Recordings.

After the critical success of Don't Give Up on Me reaffirmed Burke's status as one of the greatest living exponents of classic soul, the singer teamed up with producer Don Was for Make Do with What You Got, an updated variation on his classic style that was released in spring 2005. A year later, Burke released an interesting country and soul hybrid, Nashville, on Shout! Factory. A second album on the label, Like a Fire, followed in 2008. Burke next reunited with producer Willie Mitchell for Nothing’s Impossible, which was released shortly after Mitchell’s death in 2010 by Koch Records’ E1 Music. In October of 2009, Burke teamed up with Dutch Soul band De Dijk for recording sessions that would become his final album: Hold on Tight. Sadly, Burke died on October 10, 2010 upon arrival at Schiphol Airport in Amsterdam, The Netherlands where the soul legend was scheduled to perform at a sold-out show at the city's Paradiso concert hall with De Dijk. Hold on Tight was eventually released in March 2011. ~ Richie Unterberger, Rovi 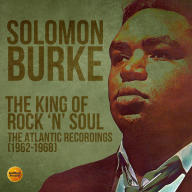 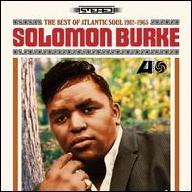 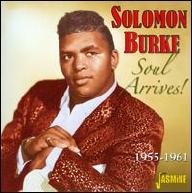 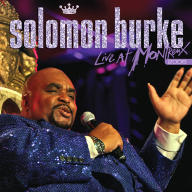 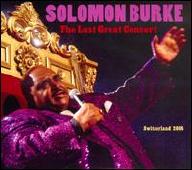 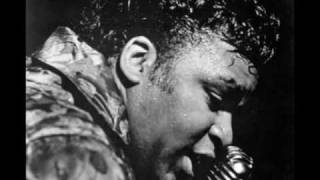 Solomon Burke ~ Cry To Me 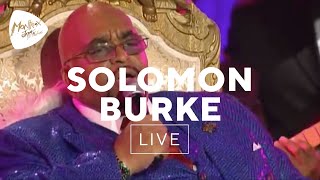 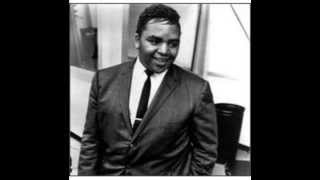 Solomon Burke - Everybody Needs Somebody To Love 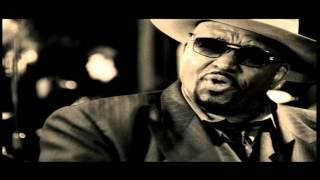 Solomon Burke - "None Of Us Are Free" 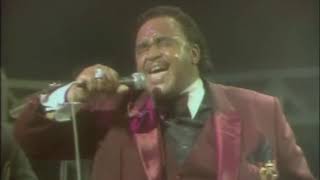 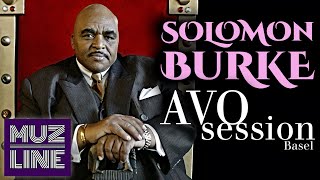