Close
Bunny Wailer
from Kingston, Jamaica
April 10, 1947 - March 2, 2021 (age 73)
Biography
Bunny Wailer's associations with Bob Marley and his role as a founding member of the Wailers were enough to cement him in reggae history, but his contributions to Jamaican music and culture didn't end there. After committing years to the development of the Wailers, he left the band in 1973 and spent the rest of his life in an active and shifting solo career that produced roots reggae masterpieces like 1976's Blackheart Man and a slew of Grammy-winning records throughout the '90s. Wailer's focus turned more toward politics and activism throughout the '90s, but he continued recording and touring until the 2010s, releasing albums like 2000's Communication and playing live well into his late sixties.

Born Neville O'Riley Livingston on April 10, 1947 in Kingston, Jamaica, the young Livingston actually spent his earliest years in the village of Nine Miles in St. Ann's. It was there that he first met Bob Marley, and the two toddlers became fast friends. The boys both came from one-parent families; Livingston was brought up by his father; Marley by his mother. The two parents had much in common, and together moved their families to Kingston in 1952. Around the corner lived singer Joe Higgs, who rose to stardom in the late '50s, both as a solo artist and as one-half of the popular vocal duo Higgs Wilson in partnership with Delroy Wilson. While only in his early twenties, Higgs was keen to help other young talent around the neighborhood, and gave singing lessons in his tenement yard on Third Street. There the two boys met another pair of equally keen youngsters, Peter Tosh and Junior Braithwaite. Initially, Marley planned on a solo career, but his hopes were dashed by a failed audition for producer Leslie Kong. The upshot was that the four boys joined forces, along with backing singers Cherry Green and Beverly Kelso, as the Teenagers. The band's name would change several times before they finally settled on the Wailers.

After a successful audition for Coxsone Dodd, their career took off immediately with their first single, the classic "Simmer Down." Early on, all four members contributed songs to the group, which enabled the Wailers to continue without Marley after he left Jamaica in 1966 to seek work in the U.S. By then, the group had been reduced to a trio with the departure of Braithwaite, Green, and Kelso, but the core unit was so talented that the temporary loss of one member didn't threaten their ascendancy. Over time, however, Livingston's songwriting contributions to the group had lessened, although when he did turn his hand to composing, the results were never less than scintillating. Marley, of course, was more than happy to pick up the slack. By 1973, the Wailers were untouchable, the biggest reggae band in Jamaica, and on the verge of an international breakthrough when things started going downhill. Life on the road is tough at the best of times, but the group were used to traveling the tiny distances between Jamaican (mostly Kingston) clubs. Now they were off on their first headlining tour off the island. The first leg was a three-month jaunt across the U.K., followed by a tour in the U.S. Livingston would never make that second tour; he barely made it through the first. Tensions were rising within the Wailers, a situation exasperated by the tour. Livingston had enough, and upon the group's return to Jamaica, he announced that he would not accompany the band to the U.S. His real reasons remain unknown, but he intended to continue touring with the band in Jamaica. How this would have actually worked in the long run remains a moot point: before the year was out, Tosh had come to blows with Marley and quit the band. The Wailers were no more. (They would however make two final live appearances at benefit concerts after their official demise.) Livingston pursued a solo career. He launched his own label, Solomonic, with his debut solo single "Searching for Love," in 1973. The next year saw four more singles, "Trod On," "Lifeline," "Arabs Oil Weapon" (which was actually credited to the Wailers), and "Pass It On" (an alternate version to the one found on the Wailers' Burnin' album). In 1976, these releases were finally joined by Livingston's first solo album, the phenomenal Blackheart Man. The singer was accompanied by Tosh and the Barrett brothers -- the Wailers' own rhythm section, as well as Marley, who joined in on a new version of the Wailers old number "Dreamland." Filled with a clutch of crucial songs, the album spun off two seminal singles, "Battering Down Sentence" and "Rasta Man." Protest and Struggle proved quick follow-ups over the next two years, and together with Livingston's debut, the trio of albums made for a militant manifesto of his deeply held political and religious convictions. Even though all three albums were released by the Island label, which had early on struck a distribution deal for Livingston's Solomonic label and were well received by the press, none would have the impact that Tosh and Marley's releases were garnering.

Remaining in Jamaica, Livingston's profile would forever be overshadowed by his globe-trotting former bandmates. 1980's In I Father's House did nothing to change this situation, nor did the singles which had appeared during this period -- "Bright Soul," "Rise and Shine," and "Free Jah Children," among others -- register outside of Jamaica. The same year, Livingston recorded Bunny Wailer Sings the Wailers, a tribute to his former group, lovingly revisiting his own favorites and accompanied by the Sly Robbie-led Roots Radics. By the time the album was released later in 1980, Marley had been diagnosed with cancer, and he passed away the following spring. If that album had been a tribute to the band, the next one was meant to honor his late friend. Tribute to the Hon Nesta Marley was drawn from the same sessions as Bunny Wailer Sings, and Livingston was determined to help keep the Wailers' legacy alive. The singer wasn't content to merely look to the past, however, and his second release for 1981, Rock'n'Groove, turned to dancehall for inspiration. Unfortunately, Livingston hadn't quite come to the grips with the new rhythms flooding from there, and 1982's Hook Line Sinker didn't make much of an impression, but the artist's best performance that year wasn't in the studio at all, but on-stage. In December, Livingston finally took the stage again for the first time since the Wailers had reunited way back in November 1975 as co-headliners with Stevie Wonder for a benefit concert for the Jamaican Institute for the Blind. Anyone witnessing this show was left dumbfounded that the singer hadn't been performing all along. His ferocious performance took place in Kingston and was captured on tape for 1983's Live album. Livingston was accompanied by the Roots Radics, who had been acting as his backing band over the last few years, ever since they'd initially joined the singer for Bunny Wailer Sings... In 1985, the entrancing Roots Radics Rockers Reggae was released, with the band gaining equal billing to the singer. Also in 1985, Livingston inked a distribution deal with the U.S. label Shanachie, which was inaugurated with his Marketplace album. It wasn't the best of debuts, and the singer sounds decidedly discomforted by the slick electronics and glossy production that stream across the record. Still, Livingston was determined to keep up with Jamaica's ever-shifting musical styles and fashions.

Although not always successful, the singer was never tempted to wallow in the past, and has consistently given a sympathetic ear to the latest innovations in production and rhythms. In 1986, Livingston broke with past tradition entirely, and finally undertook his first tour outside of Jamaica since the Wailers back in 1973. His American debut took place in Long Beach, California that July, with his later appearance in New York recorded for the In Concert video. The next year, the singer unleashed two new albums, Rootsman Skanking and Rule Dance Hall, both boasting a strong and confident dancehall flavor. Livingston had finally come to grips with dancehall, and a pair of singles, "Cool Runnings" and a recut "Rock'n'Groove," proved it as they both soared up the Jamaican charts. Having accomplished that, Livingston now, almost perversely, returned to an older sound for 1989's equally wonderful Liberation, eschewing the dancehall flavors for a return to a rootsier past. This turned out to be his most acclaimed album of the decade, and in response the singer set off on a world tour with backing provided by the then-recently re-formed Skatalites. The singer opened the new decade with another heartfelt album in honor of his late friend, Time Will Tell: A Tribute to Bob Marley. The disc would earn Livingston a Grammy. 1990 was a stellar year, with the singer also making his debut appearance at the Reggae Sunsplash Festival. 1991 brought the Gumption album, another covers' set, but this time from a variety of artists, including Toots Hibbert and Johnny Clarke. The following year, Livingston returned with a vengeance with Dance Massive, a joyous dancehall album where the taut rhythms virtually overwhelm the songs. Just Be Nice followed hot on its heels in 1993. It was another two years before a new album arrived. Hall of Fame: A Tribute to Bob Marley's 50th Anniversary was a double album featuring 52 songs, all loving re-creations of Marley's, the Wailers', and solo compositions. Accompanied by a phenomenal aggregation of Jamaican sessionmen, the set would garner the singer another well-deserved Grammy.

Meanwhile, Livingston was beginning to turn more of his attention toward politics. He showed a particular interest in youth issues, and formed his own political party, the United Progressive Party, whose platform called for the decriminalization of marijuana as well as numerous educational reforms. The artist's heavy involvement in politics kept him out of the studio for much of the rest of the decade, but he finally returned in the new millennium with an exciting album, Communication. Bunny Wailer suffered a stroke in July 2020, and was hospitalized. He died on March 2, 2021 at the age of 73. ~ Jo-Ann Greene, Rovi 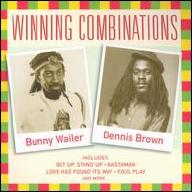 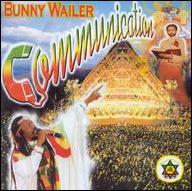 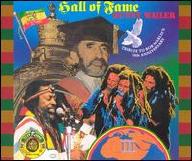 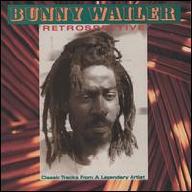 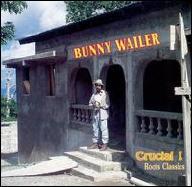 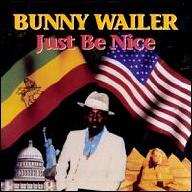 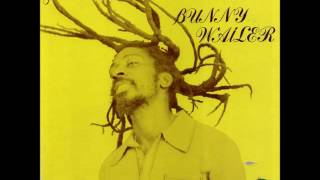 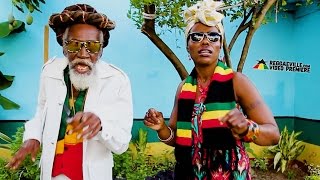 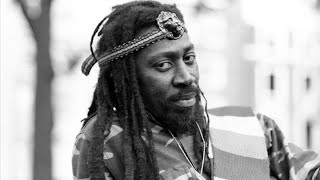 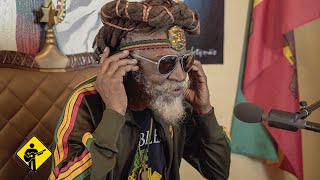 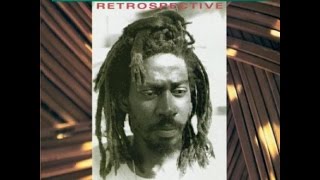 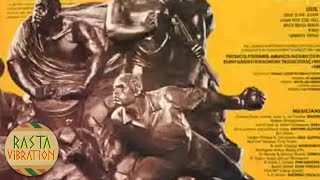 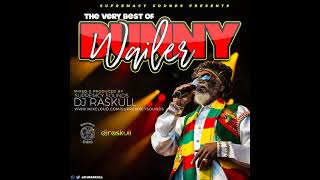