Close
Cold Crush Brothers
from New York, NY [The Bronx]
formed January 1, 1978 - January 1, 1986 (age 8)
Biography
The Cold Crush Brothers were one of the first rap crews to emerge from the Bronx soon after hip-hop's birth in the mid-'70s. Along with Grandmaster Flash the Furious Five, Grand Wizard Theodore the Fantastic 5 MCs, and the Funky Four Plus One, these four NYC natives were already well-established long before the Sugarhill Gang made rap a household word with their multi-platinum-selling 12" Rapper's Delight. In fact, as legend has it, it was a Cold Crush Brothers tape that a pizza-shop worker (and soon-to-be Sugarhill Gang member Big Bank Hank) was rapping to when Sugarhill Records owner Sylvia Robinson heard him in 1979. Instead of telling Robinson who the real artists on the tape were, he gathered some friends who soon became part of the much more successful and well-known Sugarhill Gang.

Founding members Grandmaster Caz, the Almighty KG, Tony Tone, JDL, Easy AD, and DJ Charlie Chase were showmen as well as a skilled tag team of rappers. They practiced and perfected their routines for over a year beginning in 1978 and began performing live, especially at numerous "MC battles" that took place at that time. One of these battles was caught on tape in 1981 and released in 1991 on a CD titled Afrika Bambaataa Presents Hip-Hop Funk Dance Classics, Vol. 1. It, along with the Cold Crush Brothers' Live in 82 album, epitomizes hip-hop before it became the commercial monster it was in the 1990s. The simple party-flavored rhymes hark back to a more innocent time when MC stood for Master of Ceremonies, DJs actually did something other than scratch over a DAT tape, and the only references to killing were metaphors. In 1982 they appeared in the legendary hip-hop film #Wild Style as well as put out the excellent 12" The Weekend. The Cold Crush Brothers never released a proper full-length album but did release a number of influential singles on the Tuff City label, including Fresh, Wild, Fly and Bold. Most of these singles are collected on 1995's Fresh, Wild, Fly Bold. They broke up in 1986, but reappeared on Terminator X's second solo album, Super Bad. ~ Kembrew McLeod, Rovi 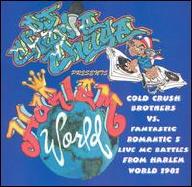 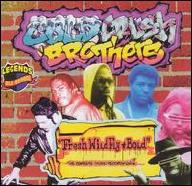 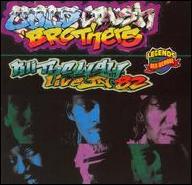 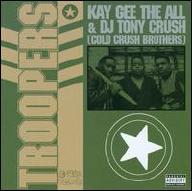 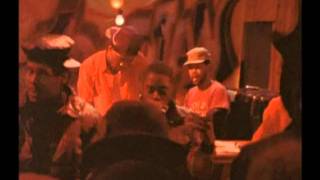 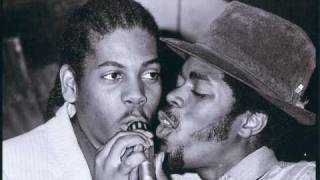 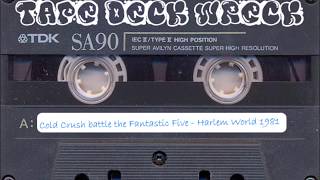 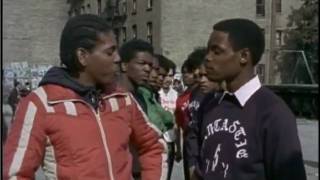 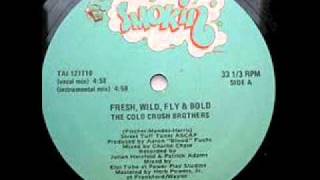 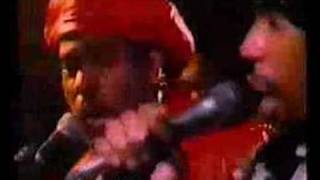 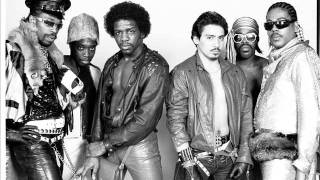