Close
Neal Morse
from Van Nuys, CA
August 2, 1960 (age 60)
Biography
A prolific singer, songwriter, and multi-instrumentalist, Neal Morse is best known as the founder of the neo-progressive rock band Spock's Beard, as well as for his own ambitious Christian rock productions. Morse first garnered attention with Spock's Beard in the mid-'90s, releasing a handful of highly regarded albums, including 1995's The Light, 1999's Day for Night, and 2002's Snow, all of which earned the group a loyal fan base and a reputation as one of the leading prog-rock outfits of their generation. A born-again Christian, Morse eventually left the group, releasing his own spiritually inspired and often conceptual albums like 2003's Testimony, 2007's Sola Scriptura, and 2018's Life and Times. He also founded the prog supergroups Transatlantic and the Neal Morse Band, the latter of which has issued albums like 2016's The Similitude of a Dream and 2019's The Great Adventure.

Born in 1960 in Van Nuys, California, Morse grew up in a musical family with a father who worked as a choral director. His interest in performing began early, starting with piano lessons at five and guitar at the age of nine. He also participated in school musicals growing up. By the time he reached his twenties, Morse had written two musicals of his own, and played with Al Stewart and Peter White. However, for much of the late '80s and early '90s, he had struggled to launch his career as an earnest singer/songwriter. In 1992, looking to embrace a more ambitious rock sound, he began collaborating on songs with his brother, guitarist Alan Morse. Their project quickly developed into the band Spock's Beard, a reference to the original Star Trek series episode "Mirror, Mirror," in which an alternate-reality version of Spock sports a beard. The band debuted with 1995's self-produced The Light. Over the next decade, the group would continue to evolve, cultivating a rabid fan base with their technically adroit, often conceptually driven prog-rock albums, including 1996's Beware of Darkness, 1999's Day for Night, and 2000's V.

While working with Spock's Beard, Morse also released his self-titled solo debut in 1999 on Metal Blade Records, producing and arranging all of the album's tracks. However, by the time Spock's Beard recorded 2002's Snow, Morse had become a born-again Christian and decided to leave the group to focus on his solo career. With 2003's Testimony, Morse began to directly infuse his deeply held religious convictions into his work, a direction that continued with 2004's One and 2005's ?. In 2006, he collaborated with Dream Theater drummer Mike Portnoy and bassist Randy George on the covers album Cover to Cover. The power trio's collaboration continued on 2007's Sola Scriptura, a concept album inspired by the life of German theologian Martin Luther. Also during this period, Morse signed on to drummer Portnoy's supergroup Transatlantic, which also featured Kaipa's Roine Stolt, and Marillion's Pete Trewavas. Together, they released a steady flow of albums, including 2000's SMPT:e, 2001's Bridge Across Forever, and 2009's Whirlwind.

In 2011, Morse issued Testimony Two, a follow-up to 2003's Testimony, which further detailed his spiritual awakening, as well as his decision to leave Spock's Beard. A year later, he returned with Momentum and Cover 2 Cover, both of which saw him working again with George and Portnoy. 2012 also marked the studio debut of the progressive rock supergroup Flying Colors, which, along with Morse and Portnoy, featured Dave LaRue, Casey McPherson, and Steve Morse. A pair of worship albums, Songs from November and To God Be the Glory, arrived in 2014 and 2016, respectively.

In 2015, Morse debuted his supergroup the Neal Morse Band with The Grand Experiment, again featuring longtime associates Portnoy and George, along with Bill Hubauer and Eric Gillette. He also reunited with Transatlantic for Kaleidoscope. Following a concert album, the Neal Morse Band returned with the ambitious 2016 double-concept LP Similitude of a Dream. The concert set Morsefest 2015: Question Mark and Sola Scriptura Live followed in 2017. A year later, he released the solo studio album Life and Times, followed by the 2019 Neal Morse Band record The Great Adventure. Also in 2019, Morse issued his long-in-the-making rock opera Jesus Christ: The Exorcist. ~ Matt Collar, Rovi 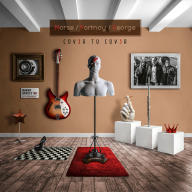 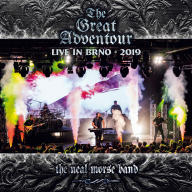 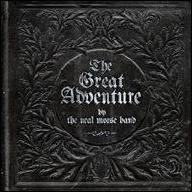 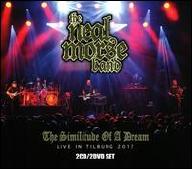 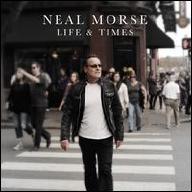 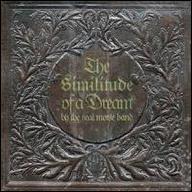 The Similitude of a Dream
2016 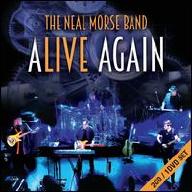 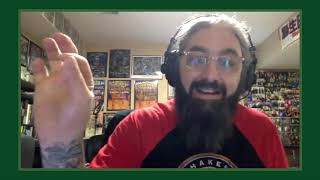 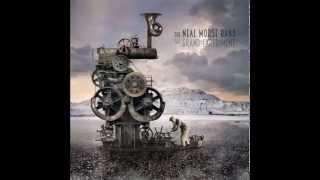 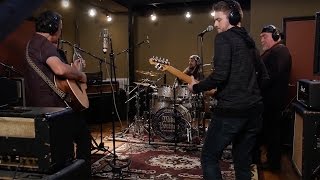 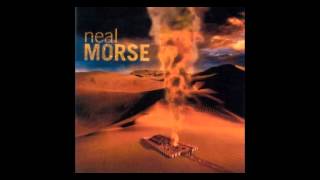 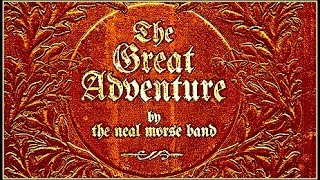 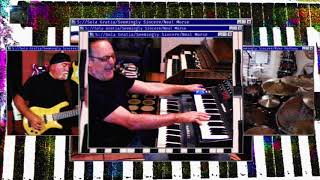