Close
Ella Jenkins
from St. Louis, Missouri
August 6, 1924 (age 97)
Biography
An enduring matriarch of children's folk music, Ella Jenkins' recording career has spanned seven different decades. Valued by parents and educators alike for her attention to topics like multi-culturalism and the environment in addition to preschool subjects like counting and spelling, Jenkins credited the rich musical culture of her Chicago upbringing for her inclusive take on music. Whether tuneful melodies or spoken passages, her warm, assured delivery never condescended on her over three-dozen albums, beginning with 1957's Call-and-Response, a set of American, Arabic, and regional African chants. In the '60s, Play Your Instruments and Make a Pretty Sound (1968) explored music itself, while 1976's We Are America's Children focused on diversity with her typical mix of traditional and original songs. Among her releases in the '80s was the activity-focused Looking Back Looking Forward (1981), and 1992's Come Dance by the Ocean encouraged appreciation of the natural world. Issued in 2003, Sharing Cultures with Ella Jenkins incorporated multiple languages while spanning styles from blues to traditional Irish fare. Jenkins received the Grammy Lifetime Achievement Award in 2004 and celebrated 60 years as a Folkways recording artist with the release of Camp Songs in 2017.

Born in St. Louis, Missouri in August of 1924, Ella Jenkins grew up in various neighborhoods on the south side of Chicago. Her uncle exposed her to the blues music of artists like T-Bone Walker and Big Bill Broonzy, and she taught herself to play the harmonica and ukulele. As her family moved to different neighborhoods, she learned the rhythms and rhymes of the games of her new classmates. Growing up, Jenkins was also immersed in the gospel music of local churches, took tap dancing lessons, and had the opportunity to attend theater performances by artists such as Cab Calloway and Count Basie. (She credited the former with her interest in call-and-response singing.) She learned about the music of other cultures through friendships at Woodrow Wilson Junior College and San Francisco State University, where she studied sociology, child psychology, and recreation on her way to earning a bachelor's degree in 1951. After returning to Chicago, an interested in education led to volunteer and paid positions at recreation centers and youth camps, where she led singing sessions. It was during that time that she started writing songs for children. Following an appearance on a different public television program, she was offered the hosting role on a show called This Is Rhythm. Her first album of children's music, Call-and-Response, arrived on Folkways Recordings in 1957.

Her second LP, Adventures in Rhythm, followed in 1959. It worked through simple to more complex rhythms with students at Jenkins' Rhythm Workshop. She celebrated the musical heritage of African-Americans with the next year's African-American Folk Rhythms, and 1963's Rhythms of Childhood included familiar songs like "Row, Row, Row Your Boat" and "Kumbaya" in addition to a handful of her own songs. Songs and Rhythms from Near and Far, Rhythm and Game Songs for the Little Ones, and Counting Games and Rhythms for the Little Ones -- all from 1964 -- also prioritized rhythm. Released in 1966, You'll Sing a Song and I'll Sing a Song became one of Jenkins' best-selling and most beloved albums. She finished out the '60s with Play Your Instruments and Make a Pretty Sound (1968) and A Long Time to Freedom (1969). Collecting traditional African-American songs and Jenkins originals such as "If You Ever Get Down" and "Freedom's Coming Mighty Soon," A Long Time to Freedom was equally suitable for adults.

Recorded live at a music workshop, the call-and-response album Season for Singing appeared in 1970, and 1971's And One and Two targeted children as young as preschool. My Street Begins at My House (1971) was taken from segments on Jenkins' TV series The Me-Too Show. Little Johnny Brown arrived the same year with traditional material including " He's Got the Whole World in His Hands" and "Mexican Hand-Clapping Chant" aimed at children aged five to ten. She recorded the participation-minded This-A-Way, That-A-Way (1973) with kids in Tennessee, and Jambo and Other Call and Response Songs and Chants (1974) included lyrics in English and Swahili. Nursery Rhymes: Rhyming Remembering for Young Children for Older Girls Boys with Special Language Needs followed later in 1974. Coinciding with the United States bicentennial, 1976's We Are America’s Children paid tribute to history and diversity, while that year's Growing Up with Ella Jenkins contained 20 songs recorded with nursery school children. Songs, Rhythms Chants for the Dance (1977) and the cosmopolitan Travellin' with Ella (1979) were her 20th and 21st albums.

Jenkins welcomed the '80s with I Know the Colors in the Rainbow and Looking Back and Looking Forward, both issued in 1981 and featuring children from St. Vincent de Paul Center in Chicago. Early Early Childhood Songs followed a year later. The Chicago Children's Choir was featured on 1983's Hopping Around from Place to Place, Vol. 1, which included titles like "I'm Going to Cairo" and "I Know a City Called Okeechobee." Vol. 2 came soon after with "Texas Is the Lone Star State" and "Let's Go Up in Space" among its track list.

In addition to recording and hosting children's television programming, Jenkins toured extensively throughout the 20th century, performing on all seven continents and appearing on network-TV shows such as The Today Show. When she returned to the studio in 1990 to record another album, it was Come Dance by the Ocean, a collection that fostered environmentalism with tracks about animals and songs including "Solution to Pollution" and "Let's Not Waste the Food We Eat." The videos Live at the Smithsonian and For the Family! both saw release in 1991. Two years later, the album This Is Rhythm was accompanied by an illustrated songbook. In 1996, she followed the multi-cultural Holiday Times with an anthology celebrating her 40 years with Folkways, Songs Children Love to Sing. Her 30th studio album was Ella Jenkins and a Union of Friends, a set of songs, recitation, and poetry issued in 1999. It was nominated for a Grammy in the category of Best Musical Album for Children.

Jenkins turned 80 in 2004, the year she received the Grammy Lifetime Achievement Award, a first for a children's-music artist. That year, she also released Sharing Cultures with Ella Jenkins, which saw her joined by children from the LaSalle Language Academy of Chicago. It resulted in a Grammy nomination for best musical children's album the following year. Featuring the likes of Tom Chapin, Sweet Honey in the Rock, and John McCutcheon, cELLAbration: A Tribute to Ella Jenkins beat her out in the category. Featuring songs and stories by Jenkins, A Life of Song arrived in 2011. She returned in 2013 with the exercise-themed Get Moving with Ella Jenkins, and 2014 brought both 123s and ABCs and More Multicultural Songs from Ella Jenkins. 2017's Camp Songs marked 60 years since her Folkways debut. That year she was also honored with the National Heritage Fellowship from the National Endowment for the Arts for a lifetime of dedication to folk or traditional arts. ~ Marcy Donelson, Rovi 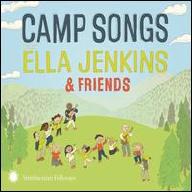 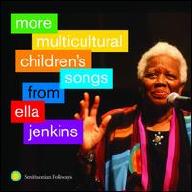 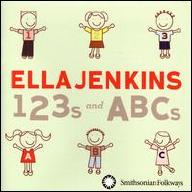 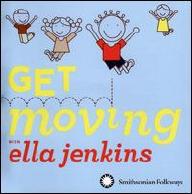 Get Moving with Ella Jenkins
2013 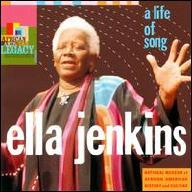 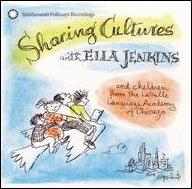 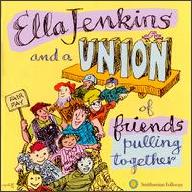 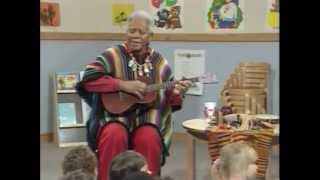 Ella Jenkins - "Who Fed the Chickens?" [Live at the Smithsonian] 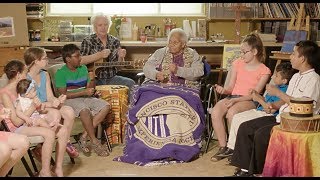 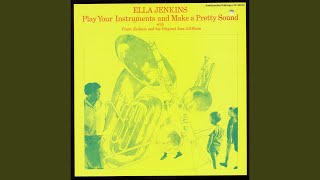 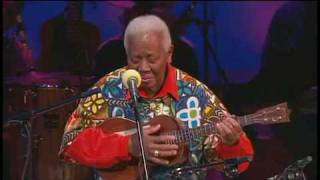 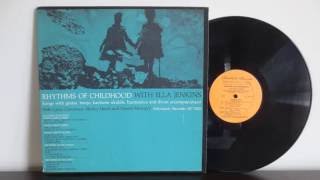 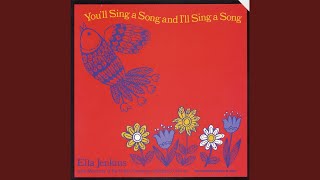 Did You Feed My Cow? 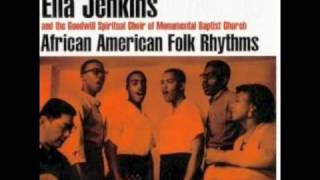