Close
Charles Dutoit
from Lausanne, Switzerland
October 7, 1936 (age 85)
Biography
Charles Dutoit is one of the world's leading conductors, especially noted for his performances of French, Russian, and 20th Century music.

His family background is diverse; Dutoit is Swiss-French on his father's side, and English-German-Brazilian on his mother's. As a boy he studied violin, viola, piano, and drums. He became interested in conducting, and was in a position to watch Ernst Ansermet conduct L'Orchestre de la Suisse Romande, including attending his rehearsals. In his career, Dutoit's strongest repertory has remained the sorts of compositions favored by Ansermet.

He attended the Conservatories at Lausanne, where he studied violin, piano, and conducting and at Geneva (viola and orchestral conducting). He graduated in 1958 with a diploma in conducting, then went for further studies with Alceo Galliera at the Accademia Musicale Chigiana in Siena and at the Conservatorio Benedetto Marcello in Venice. He attended the 1959 conducting course at Tanglewood in Massachusetts.

From 1964 through 1966 he had a post as a staff conductor at Radio Zürich, and from 1965 into 1967 was a ballet conductor at the Vienna State Opera. One of his most memorable performances there was of Falla's El sombrero de tres picos, of which he later made a brilliant compact disc. He also conducted Nuryeyev's production of Tchaikovsky's Nutcracker.

In 1977 he obtained the major appointment of his career, as Music Director of the Montreal Symphony Orchestra. He quickly elevated it to membership among the higher ranking symphony orchestras in the world. Québec's French culture made Montreal a congenial place for Dutoit, due to his strength in French-related repertory. But he also improved the orchestra's scheduling of the Classical Era, particularly the symphonies of Haydn. He is also noted for programming new Canadian, especially Quebecois, music.

At the beginning of the CD era Dutoit and the Montreal Symphony formed an association with London Records (Decca, outside North America). Dutoit was one of the first artists to insist that his CDs should use the new medium's full time capacity, and he became one of the most popular conductors on silver discs, and is known as "Mr. C.D." Aided by the excellent sound London obtained by using the Church of St. Eustache as a recording venue, Dutoit and the Montréal soon became regarded as the world's finest "French" orchestra.

He also has a close relationship with the Philadelphia Orchestra, serving as its summer series' music director. He made his Metropolitan Opera conducting debut in 1987.

In 1990 he was appointed Musical Director of the Orchestre National de France, and in 1996 became Principal Conductor of the NHK Symphony Orchestra in Tokyo.

He was instrumental in solving a financial crisis and strike at the orchestra in 1998, and soon after that aroused international excitement by resuming his artistic partnership with pianist Martha Argerich, his former wife. ~ Joseph Stevenson, Rovi 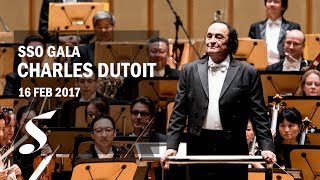 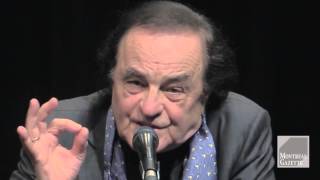 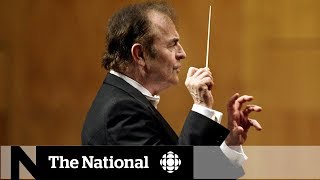 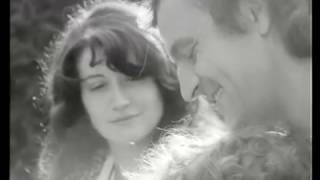 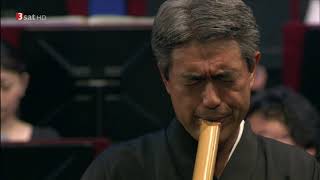 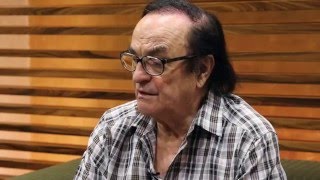 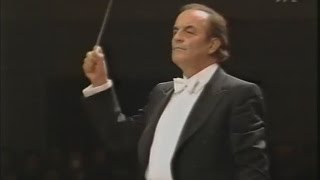