Close
Thom Yorke
from Wellingborough, England
October 7, 1968 (age 53)
Biography
As the frontman for Radiohead, Thom Yorke provides the band with a humanistic focus: his keening, emphatic vocals balance even the group's chilliest moments. However, other than duets with similarly inclined artists (PJ Harvey, Björk), Yorke resisted venturing into solo recordings until 2006's The Eraser, which further plumbed the depths of Radiohead's most experimental electronic efforts. He has continued to maintain that focus in his work outside the band, whether it's through subsequent solo albums, soundtrack contributions, original scores such as 2018's Suspiria, or his Atoms for Peace project co-starring Flea and Nigel Godrich.

Yorke was born on October 7, 1968, in Wellingborough, England. His left eye was paralyzed from birth and remained shut until the age of six. He underwent a total of five operations; the last operation was botched and he almost lost all sight in that eye. Only after wearing an eye patch for a year was he able to see, albeit slightly. His family moved often since his father worked as a chemical-engineering instruments salesman, and by his teens, he had turned to music as an inspiration, namely Elvis Costello, Queen, and the Beatles. After his family finally settled down in Oxford, Yorke was sent to an all-boys school, where he met future Radiohead guitarist Ed O'Brien and bassist Colin Greenwood, soon after discovering such '80s alternative bands as the Smiths, R.E.M., and the Cure. The seeds of what became Radiohead were planted at this point, as the trio jammed with a drum machine before replacing it with another friend, drummer Phil Selway, and inviting Greenwood's younger multi-instrument-playing brother Jonny to join up, too.

The group's original name was On a Friday before being changed to Radiohead, which they'd swiped from the title of a song on Talking Heads' True Stories. By late 1991, the band was signed to Parlophone in the U.K. and Capitol in the U.S., as an EP, Drill, came and went without much fanfare. Released in 1993, the group's full-length debut, Pablo Honey, appeared to be suffering the same fate until American radio/MTV made a surprise hit out of the Nirvana-esque alternative anthem "Creep." Radiohead's fan base grew considerably over the course of their next two releases, 1995's The Bends and 1997's OK Computer, the latter being voted Greatest Album of All Time in the British magazine Q shortly after its release. One of the world's top rock bands by this time, Radiohead attempted to alienate their newly found Top 40 audience with their next release, 2000's abstract Kid A, but instead found it debuting at the top of the U.S. charts (despite the absence of a video or single being released from the album).

While Radiohead remained his top priority during the '90s, Yorke also found the time to guest on other bands' recordings. Some of these cameo appearances included the songs "El President" by Drugstore (off the album White Magic for Lovers), a cover of Pink Floyd's "Wish You Were Here" with Sparklehorse, "Rabbit in Your Headlights" by UNKLE (Psyence Fiction), Björk's "I've Seen It All" (Selmasongs), and PJ Harvey's "This Mess We're In" (Stories from the Cities). Yorke also appeared as part of the ad hoc alternative supergroup Venus in Furs for the soundtrack to the 1998 glam rock film Velvet Goldmine, lending his vocals to the tracks "2HB," "Ladytron," and "Bitter-Sweet."

In May 2006, Yorke announced an imminent solo album on Radiohead's blog. The Eraser, made with extensive assistance from Radiohead producer Nigel Godrich, was released on XL in July. It debuted inside the Top Ten in the U.K. and U.S. and was also nominated for Britain's Mercury Prize and a Grammy Award in the category of Best Alternative Music Album. Radiohead also surprised fans with a new album when they announced the making of In Rainbows roughly a week before it was released in 2007.

A few years later, Yorke formed the band Atoms for Peace, recruiting Godrich on keyboards and production, Flea of Red Hot Chili Peppers on bass, Joey Waronker on drums, and Mauro Refosco on percussion. The group played several live dates around the U.S. during 2009 and 2010, and began recording for an album, Amok, that eventually appeared in 2013 (but not before another surprise Radiohead album, 2011's King of Limbs). Upon release, Amok performed well on charts across the world, although the members' more pressing commitments meant that a successor was not immediately forthcoming. Yorke also provided vocals for tracks by Flying Lotus and Modeselektor, and collaborated on recordings with Burial, Four Tet, and SBTRKT.

Yorke's second solo album arrived as a surprise, much like the first. Following a series of cryptic clues dispersed through social media, Yorke released Tomorrow's Modern Boxes in September 2014. Initially, it was distributed through the torrent service BitTorrent, and then it was made available on vinyl. The eight-song set was another concise, subdued, yet tense set from the Radiohead frontman. In 2015, Yorke performed with audiovisual artist Tarik Barri and Godrich at the Summer Sonic Festival in Japan and the Latitude Festival in the U.K.

2016 saw Yorke and Radiohead surprise fans with their ninth LP, A Moon Shaped Pool, after dropping cryptic hints across social media tied into elements featured in lead singles "Burn the Witch" and "Daydreaming." The band promoted the record with an international tour throughout 2016 and 2017. During the latter year, it was announced that the songwriter would be composing his first film score for Luca Guadagnino's remake of Dario Argento's 1977 horror classic Suspiria. Yorke revealed that during the writing process he had been inspired by various aspects of Krautrock as well as Vangelis' score for Blade Runner. The movie and its soundtrack arrived in late 2018, with the Suspiria album led by the track "Suspirium." 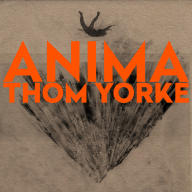 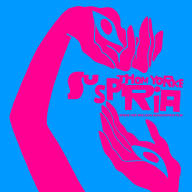 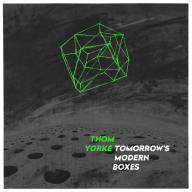 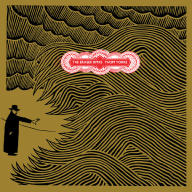 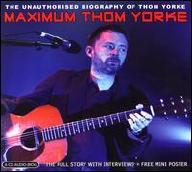 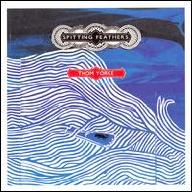 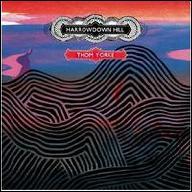 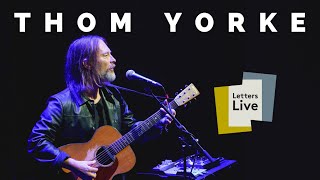 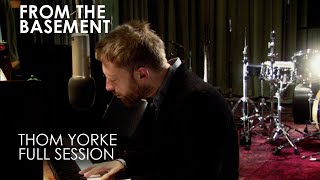 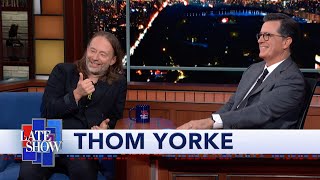 Thom Yorke: We Live In Strange Times (It's Not My Fault) 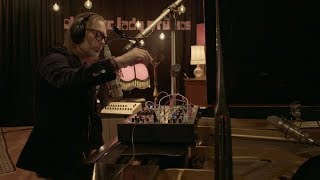 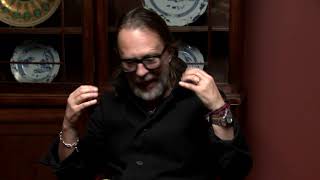 Thom Yorke and Stanley Donwood in conversation with Gareth Evans 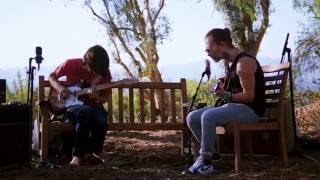 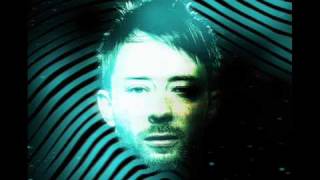