Close
Paul Simon
from Newark, NJ
October 13, 1941 (age 78)
Biography
Paul Simon is one of the most successful and respected songwriters of the rock era. Rising to fame in the mid-'60s, Simon's songs were mature and literate, but also melodically engaging, and spoke to the concerns and uncertainties of a generation. As the 1960s gave way to the '70s and '80s, Simon's work tended to focus on the personal rather than the larger world, but he also expanded his musical palette, and helped introduce many rock and pop fans to world music.

Paul Frederic Simon was born in Newark, New Jersey on October 13, 1941. His father, Louis Simon, was an educator who also led a small jazz combo, while his mother, Belle Simon, taught English; when Paul was a few months old, they moved from Newark to Queens, New York. Paul grew up with a passion for baseball and music, particularly jazz and folk, and as he entered his teens, he developed a taste for the doo wop and R&B sounds that were a staple of Alan Freed's radio broadcasts, as well as first-generation rockabillies such as Elvis Presley, Jerry Lee Lewis, and Carl Perkins. When Simon was 11 years old, he met Art Garfunkel, and the two became fast friends who discovered they shared an interest in music. Paul and Art formed a harmony duo in the style of their heroes the Everly Brothers, and made their stage debut at a junior-high talent show. By the time they were enrolled at Forest Hills High School, the two were calling themselves Tom Jerry (Art was Tom Graph, Paul was Jerry Landis), and they filled their spare time playing teen dances and parties. In 1955, the two wrote a song together, "The Girl for Me," which Simon registered for copyright with the Library of Congress. In 1957, Tom Jerry were cutting a demo acetate of Simon's song "Hey Schoolgirl" when the president of a small record company (ironically named Big Records) happened by the studio. The label head liked what he heard, and "Hey Schoolgirl" b/w "Dancin' Wild" was released in the fall of 1957. The record rose to number 52 on the Billboard pop singles charts, and scored Tom Jerry an appearance on American Bandstand, but while they would cut a number of follow-up releases, "Hey Schoolgirl" was destined to be Tom Jerry's only hit.

By March 1958, Simon was already looking toward a solo career, cutting a single, "True or False" b/w "Teen Age Fool," under the name True Taylor. Jerry Landis also landed his own record deal, releasing his debut single, "Anna Belle" b/w "Loneliness," in 1959, while Simon also worked with a studio group called the Cosines, who specialized in cutting demos for songwriters. (Another member of the combo was Carole Klein, who would soon enjoy a successful career of her own as Carole King.) By the end of the decade, Paul and Art were both enrolled in college, and Tom Jerry took a back seat to academics, though Simon would record occasional sessions and wrote songs for others. In 1961, Simon teamed up with a handful of vocalists to form a group called Tico the Triumphs; the group cut a single, "Motorcycle" b/w "I Don't Believe Them," which barely broke into the Billboard singles charts, making number 99 for one week, but received extensive airplay in Baltimore and became a local hit in the Charm City. "Motorcycle" was released by Amy Records, which soon turned to Simon to write and produce material for several of their artists, including Ritchie Cordell, the Fashions, Dottie Daniels, and Jay Walker the Pedestrians. Simon also found time to cut another Jerry Landis single, and "The Lone Teen Ranger" spent three weeks on the Billboard charts in early 1963, peaking at number 97.

In the early '60s, the folk revival swept New York City, and a new breed of singers and songwriters introduced a new approach to the craft of creating tunes. Simon, who had been studying English literature, was influenced and encouraged by the new breed of folkies, and in 1963 he re-teamed with Art Garfunkel, this time using their real names and performing the more topical songs Simon was writing. Simon Garfunkel started playing Greenwich Village folk clubs, and they scored a deal with Columbia Records, releasing their first album, Wednesday Morning, 3 AM, in the fall of 1964. The album was initially a flop, and Simon headed to England, where he made the rounds of folk clubs, recorded some BBC sessions, and even cut a solo album, The Paul Simon Songbook, which was released only in the U.K. Simon also co-wrote a few pop tunes with Bruce Woodley of the Seekers, one of which, "Red Rubber Ball," would become a big hit for the Cyrkle. In late 1965, Tom Wilson, who produced the Wednesday Morning, 3 AM album, learned that one of the songs from the LP, "The Sound of Silence," was getting scattered radio airplay, and he struck upon the idea of dubbing a rock & roll rhythm section over the acoustic track and issuing it as a single. The strategy worked: the new version of "The Sound of Silence" was a big hit, and Simon Garfunkel quickly re-formed, cutting the album Sounds of Silence, which was released in 1966 and spawned the singles "I Am a Rock" and "Kathy's Song."

Simon Garfunkel would enjoy impressive success over the next several years, and were one of the few acts from the early-'60s folk revival that would enjoy success with acoustic-based music during the psychedelic era, thanks in large part to Simon's songwriting. But while 1970's Bridge Over Troubled Water was a massive commercial and critical success (and a superb reflection of the end-of-the-decade Zeitgeist of the day), long-simmering creative differences between Simon and Garfunkel came to a head while making the album, and a hiatus from collaborating became a proper breakup when Simon released his self-titled solo album in 1972. Paul Simon featured two hit singles, "Mother and Child Reunion" and "Me and Julio Down by the Schoolyard," and found Simon experimenting with reggae and Latin music, as well as polished soft rock.

Released in 1973, There Goes Rhymin' Simon was a more ambitious follow-up, sounding largely optimistic and dipping its toes into gospel and New Orleans jazz as well as R&B-based rock and pop. In 1975, Simon released Still Crazy After All These Years, an album informed by his divorce from his first wife, Peggy Harper. Still Crazy included the song "My Little Town," which reunited Simon with Art Garfunkel for the first time since Bridge Over Troubled Water. Simon's next project proved to have a long gestation period; he wrote a screenplay about a musician struggling to save his marriage and his career, and penned a set of songs to accompany it. Simon also starred in the subsequent film, and while One Trick Pony wasn't his first bit of film acting (he played a small but memorable role in Woody Allen's Annie Hall), he didn't fare well alongside a cast of seasoned professionals when the movie debuted in 1980. One Trick Pony's soundtrack album (his first album for Warner Bros. after a long working relationship with Columbia) spawned the hit single "Late in the Evening," but otherwise proved to be a disappointment in terms of sales.

In September 1981, Simon Garfunkel played a massive reunion concert in New York's Central Park, which led to a brief reunion tour. The Central Park show was released as a live album that was a major commercial success, and the duo made plans to record a new album. But Simon and Garfunkel found themselves at odds in the studio, and Simon's next album, 1983's Hearts and Bones, featured no contributions from Garfunkel. The album sold poorly, and by Simon's own admission he was running short on inspiration when he heard an album of "township jive" by the South African group the Boyoyo Boys. Fascinated by the eclectic blend of creative elements, Simon began creating an album inspired by South African pop, recorded primarily in Johannesburg with a band of South African musicians. The result was 1986's Graceland, which became an unexpected smash hit, spawning several hit singles, introducing an international audience to South African rhythms, and prompting a renewed dialogue about the nation's repressive apartheid regime. (The album also generated a certain amount of controversy, as some believed the recording sessions violated a United Nations-led cultural boycott against South Africa; also, several members of the group Los Lobos, who appeared on the album, claimed Simon lifted their melody for the tune "All Around the World, or the Myth of Fingerprints" without giving them songwriting credit.) Simon turned to Brazilian music for inspiration on his next album, 1990's The Rhythm of the Saints, which also incorporated a number of the South African players who contributed to Graceland. If not as successful as Graceland, The Rhythm of the Saints still fared quite well with fans and critics, and the two albums reestablished Simon as a vital contemporary artist.

After releasing a live album from the tour in support of The Rhythm of the Saints, Simon retreated to work on another unusual project, a Broadway musical called The Capeman, which was based on the true story of Salvador Agron, a Latino gang member and convicted murderer turned poet and activist. Simon wrote the book for The Capeman in collaboration with Derek Walcott, and composed a set of new songs for the show. However, the production proved difficult and the play, which opened in 1998, received poor reviews and closed after just 68 performances due to slow ticket sales. (A revised version of the show was staged in 2010, and received significantly better notices.) An album of Simon's interpretations of the show's songs was issued, but was only a modest success; the original cast recording received a belated digital release in 2006.

Stung by the disappointing response to The Capeman, Simon returned to the studio in 2000 to record You're the One, an album that suggested a compromise between the African and Latin sounds he'd embraced and the more intimate approach of his early work. Two years later, Simon once again reunited with Art Garfunkel for a concert tour, and a live album, Old Friends: Live on Stage, was released in 2004. Simon returned in 2006 with Surprise, which found him working with an unlikely producer, Brian Eno. Released in 2011, So Beautiful or So What captured Simon returning to a more organic songwriting style than he'd employed since Graceland, though the tenor of the lyrics confirmed he was still keenly aware of the sounds and ideas of the present day. The album was also his first release for Hear Music; the same label released 2012's Live in New York City, taken from a special intimate hometown concert from the tour in support of So Beautiful. Simon returned in the summer of 2016 with Stranger to Stranger, an album co-produced by his longtime collaborator Roy Halee and released on Concord Records.

Simon embarked on a farewell tour in 2018, toward the end of which he released In the Blue Light, a collection of reinterpretations of songs he felt were overlooked when he'd written them. ~ Mark Deming, Rovi 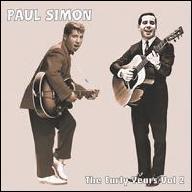 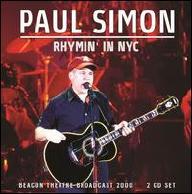 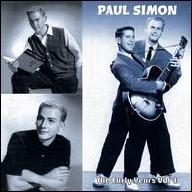 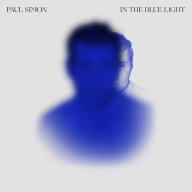 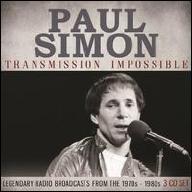 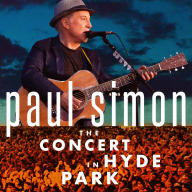 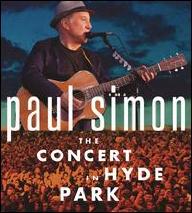 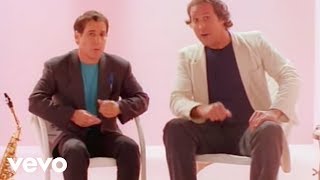 Paul Simon - You Can Call Me Al (Official Video) 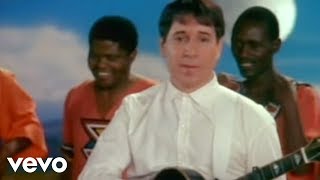 Paul Simon - Diamonds On The Soles Of Her Shoes (Official Video) 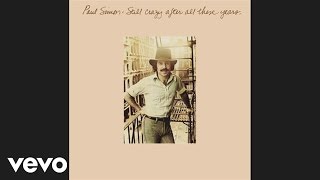 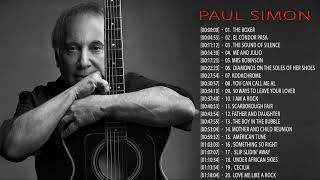 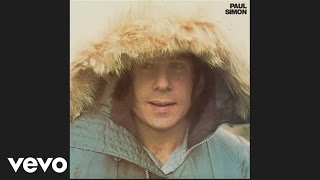 Paul Simon - Me and Julio Down by the Schoolyard (Official Audio) 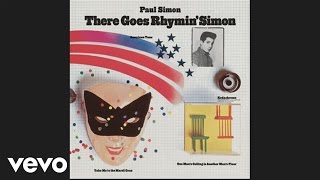 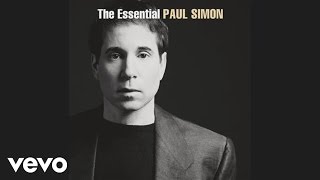