Close
Brian Eno
from Woodbridge, Suffolk, England
May 15, 1948 (age 73)
Biography
Ambient pioneer, glam rocker, hit producer, multimedia artist, technological innovator, worldbeat proponent, and self-described non-musician -- over the course of his long, prolific, and immensely influential career, Brian Eno has been all of these things and much, much more. Determining his creative pathways with the aid of a deck of instructional, tarot-like cards called Oblique Strategies, Eno champions theory over practice, serendipity over forethought, and texture over craft; in the process, he forever altered the ways in which music is approached, composed, performed, and perceived, and everything from punk to techno to new age bears his unmistakable influence. Initially known for playing keyboards and tape recorders in Roxy Music, he left in 1973 and began releasing atmospheric instrumental albums with King Crimson guitarist Robert Fripp, as well as art rock solo albums such as Here Come the Warm Jets (1974) and Another Green World (1975). Released in 1978, the groundbreaking Ambient 1: Music for Airports gave a name to the genre that he would be most closely associated with, although Eno would sporadically return to vocal-based songwriting throughout his career, as on 2005's Another Day on Earth. He also became a highly successful producer for rock and pop acts such as U2, Coldplay, David Bowie, and Talking Heads. Additionally, he released albums in collaboration with Harold Budd, Cluster, John Cale, his brother Roger Eno, and many more.

Brian Peter George Eno was born in Woodbridge, England, on May 15, 1948. Raised in rural Suffolk, an area neighboring a U.S. Air Force base, as a child he grew enamored of the "Martian music" of doo wop and early rock & roll broadcast on American Armed Forces radio. A subsequent tenure at art school introduced him to the work of contemporary composers John Tilbury and Cornelius Cardew, as well as minimalists John Cage, LaMonte Young, and Terry Riley. Instructed in the principles of conceptual painting and sound sculpture, Eno began experimenting with tape recorders, which he dubbed his first musical instrument, finding great inspiration in Steve Reich's tape orchestration "It's Gonna Rain."

After joining the avant-garde performance art troupe Merchant Taylor's Simultaneous Cabinet, as well as assuming vocal and "signals generator" duties with the improvisational rock unit Maxwell Demon, Eno joined Cardew's Scratch Orchestra in 1969, later enlisting as a clarinetist with the Portsmouth Sinfonia. In 1971, he rose to prominence as a member of the seminal glam band Roxy Music, playing the synthesizer and electronically treating the group's sound. A flamboyant enigma decked out in garish makeup, pastel feather boas, and velvet corsets, his presence threatened the focal dominance of frontman Bryan Ferry, and relations between the two men became strained; finally, after just two LPs -- 1972's self-titled debut and 1973's brilliant For Your Pleasure -- Eno exited Roxy's ranks to embark on a series of ambitious side projects.

The first, 1973's No Pussyfooting, was recorded with Robert Fripp. For the sessions, Eno began developing a tape-delay system, dubbed "Frippertronics," which treated Fripp's guitar with looped delays in order to ultimately employ studio technology as a means of musical composition, thereby setting the stage for the later dominance of sampling in hip-hop and electronica. Eno soon turned to his first solo project, the frenzied and wildly experimental Here Come the Warm Jets, which reached the U.K. Top 30. During a brief tenure fronting the Winkies, he mounted a series of British live performances despite ill health; less than a week into the tour, Eno's lung collapsed, and he spent the early part of 1974 hospitalized.

Upon recovering, he traveled to San Francisco, where he stumbled upon a set of postcards depicting a Chinese revolutionary opera that inspired 1974's Taking Tiger Mountain (By Strategy), another sprawling, free-form collection of abstract pop. A 1975 car accident that left Eno bedridden for several months resulted in perhaps his most significant innovation, the creation of ambient music: unable to move to turn up his stereo to hear above the din of a rainstorm, he realized that music could assume the same properties as light or color, and blend thoroughly into its given atmosphere without upsetting the environmental balance. Heralded by the release of 1975's minimalist Another Green World, Eno plunged completely into generative composition with his next instrumental effort, Discreet Music, the first chapter in a ten-volume series of experimental works issued on his own Obscure label.

After returning to pop structures for 1977's Before and After Science, Eno continued his ambient experimentation with Music for Films, a collection of fragmentary pieces created as soundtracks for imaginary motion pictures. Concurrently, he became a much sought-after collaborator and producer, teaming with the German group Cluster as well as David Bowie, with whom he worked on the landmark trilogy Low, Heroes, and Lodger. Additionally, Eno produced the seminal no wave compilation No New York and in 1978 began a long, fruitful union with Talking Heads, his involvement expanding over the course of the albums More Songs About Buildings and Food and 1979's Fear of Music to the point that by the time of 1980's world music-inspired Remain in Light, Eno and frontman David Byrne shared co-writing credits on all but one track. Friction with Byrne's bandmates hastened Eno's departure from the group's sphere, but in 1981 he and Byrne reunited for My Life in the Bush of Ghosts, a landmark effort that fused electronic music with a pioneering use of Third World percussion.

In the interim, Eno continued to perfect the concept of ambient sound with 1978's Music for Airports, a record designed to calm air passengers against fears of flying and the threat of crashes. In 1980, he embarked on collaborations with minimalist composer Harold Budd (The Plateaux of Mirror) and avant trumpeter Jon Hassell (Possible Musics), as well as Acadian producer Daniel Lanois, with whom Eno would emerge as one of the most commercially successful production teams of the '80s, helming a series of records for the Irish band U2 (most notably The Joshua Tree and Achtung Baby) that positioned the group as one of the world's most respected and popular acts. Amidst this flurry of activity, Eno remained dedicated to his solo work, moving from the earthbound ambience of 1982's On Land to other worlds for 1983's Apollo: Atmospheres Soundtracks, a collection of space-themed work created in tandem with Lanois and Eno's brother Roger. In 1985, Eno resurfaced with Thursday Afternoon, the soundtrack to a VHS cassette of "video paintings" by artist Christine Alicino.

After Eno produced John Cale's 1989 solo effort Words for the Dying, the duo collaborated on 1990's Wrong Way Up, the first record in many years to feature Eno's vocals. Two years later, he returned with the solo projects The Shutov Assembly and Nerve Net, followed in 1993 by Neroli; Glitterbug, a 1994 soundtrack to a posthumously released film by Derek Jarman, was subsequently reworked by Jah Wobble and issued in 1995 as Spinner.

In addition to his musical endeavors, Eno also frequently ventured into other realms of media, beginning in 1980 with the vertical-format video Mistaken Memories of Medieval Manhattan. Along with designing a 1989 art installation to help inaugurate a Shinto shrine in Japan and 1995's Self-Storage, a multimedia work created with Laurie Anderson, he also published a diary, 1996's A Year with Swollen Appendices, and formulated Generative Music I, a series of audio screen savers for home computer software. In August 1999, Sonora Portraits, a collection of Eno's previous ambient tracks and a 93-page companion booklet, was published.

Around 1998, Eno was working heavily in the world of art installations, and a series of his installation soundtracks started to appear, most in extremely limited editions (making them instant collector's items). In 2000, he teamed with German DJ Jan Peter Schwalm for the Japanese-only release Music for Onmyo-Ji. The duo's work got worldwide distribution the next year with Drawn from Life, an album that kicked off Eno's relationship with the Astralwerks label. The Equatorial Stars, released in 2004, was Eno's first work with Robert Fripp since Evening Star, the 1975 follow-up to No Pussyfooting. His first solo vocal album in 15 years, Another Day on Earth, was issued in 2005, followed by 2008's Everything That Happens Will Happen Today, another collaboration with David Byrne. In 2010, Eno signed to the Warp label, where he released Small Craft on a Milk Sea, a collaboration with Leo Abrahams and Jon Hopkins. The following year's Drums Between the Bells featured poet Rick Holland, as well as several vocalists.

Eno returned to his ambient style of recording with Lux in late 2012. His next project was a collaboration with Underworld's Karl Hyde. Bonding over a shared love of Afro-beat, the pair worked on intros that Eno had lying around but had never been able to complete, resulting in a surprising collection of unusual pop songs. The finished album, titled Someday World, was issued in May 2014, followed by the pair's second album, High Life, a scant two months later. Eno went back to working solo for 2016's The Ship. Released in April of that year, it comprised two long tracks totaling 47 minutes. The second, a three-part suite, concluded with a cover of the Velvet Underground's "I'm Set Free." Later that year, he announced another ambient album, Reflection. Described as a "provocative space for thinking," it consisted of a single nearly hour-long track and was released on New Year's Day 2017. During the year, Eno collaborated with pianist Tom Rogerson (of Three Trapped Tigers), resulting in an album titled Finding Shore. Dead Oceans issued the album in December 2017.

The following year, Eno and My Bloody Valentine's Kevin Shields issued a collaborative single for Record Store Day, "The Weight of History" b/w "Only Once Away My Son." Also in 2018, Eno released Music for Installations, a box set compiling rare and previously unissued pieces commissioned for galleries and audiovisual installations. To coincide with the 50th anniversary of the moon landing, Eno issued a remastered edition of Apollo: Atmospheres Soundtracks in 2019, including an additional album's worth of compositions, marking the first time Eno worked with Lanois and Roger Eno since the original album's recording. 2020's Mixing Colours and Luminous EP saw Eno continuing to work with his brother Roger. Film Music 1976-2020, which included pieces used in films like Heat, Dune, and Trainspotting, appeared later in the year. ~ Jason Ankeny, Rovi 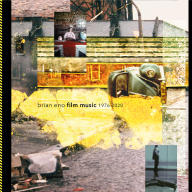 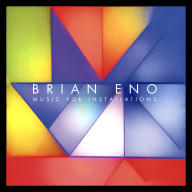 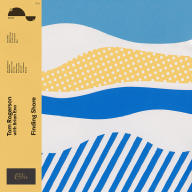 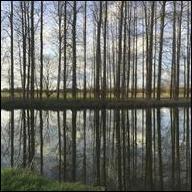 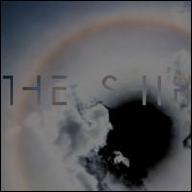 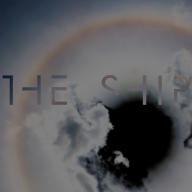 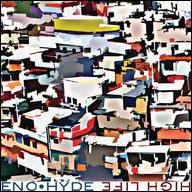 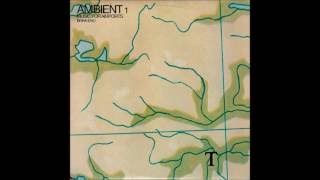 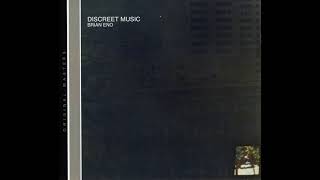 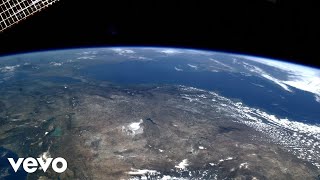 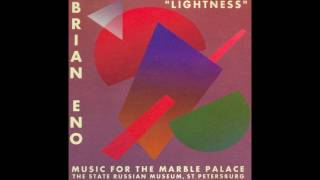 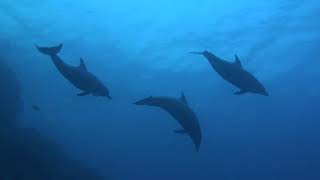