Close
Merzbow
from Tokyo, Japan
December 19, 1956 (age 65)
Biography
There is no need to argue: Merzbow stands as the most important artist in noise music. The favorite moniker of Japan's Masami Akita appears on more than 500 albums. His name is taken from German artist Kurt Schwitters' famous work Merzbau. Merzbow's choice reflects his fondness for junk art and his fascination with ritualized eroticism. Akita began self-releasing his work in 1980 and was an integral part of the international cassette and mail-art underground. While early releases, such as 1981's Remblandt Assemblage, were made using tape manipulations, metal percussion, and found objects, he began producing harsh noise using live electronics at the end of the '80s. His work became influenced by death metal and grindcore, and releases on Release Entertainment -- including 1994's Venereology and 1996's Pulse Demon -- exposed him to new audiences. Akita began using a laptop for recordings and performances in 1999. Merzbeat (2002) kicked off a series of more intentionally rhythmic releases that he continues intermittently alongside more abstract albums. He is also a prolific collaborator. His most frequent partner has been Japan's Boris, beginning with 2002's Megatone. By the end of the decade, he resumed using junk metal and effects pedals rather than a laptop, though he eventually brought that back as well. An outspoken animal rights activist, Akita recorded a series of 13 monthly "Birds" albums in 2009, each dedicated to an avian species threatened with extinction. During the century's second decade, he recorded with Richard Pinhas, Balázs Pándi, many others, including Italian noise artist Maurizio Bianchi (MB) for 2015's Amalgamelody. In 2019, his most prolific year, he released 30 albums including Become the Discovered, Not the Discoverer with Keiji Haino and Pándi. His partnership with Boris resumed for 2020's 2R0I2P0.

Akita was born in Tokyo in 1956. He grew up with psychedelic rock and began to play the guitar in progressive rock cover bands, in particular with drummer Kiyoshi Mizutani, who would remain a frequent collaborator. After high school, he studied literature and visual arts in college. There he discovered free jazz and seriously studied Dada and the surrealists (Salvador Dali was a big influence). Akita gradually withdrew from the rock scene and began experimenting in his basement with broken tape recorders and feedback.

In 1980, Akita created his own cassette label, Lowest Music Arts, and released the first of many albums, Metal Acoustic Music. Infiltrating the then-burgeoning network of underground industrial music, he lined up one cassette after another, packaged in photocopied collage art. His harsh noise eschewed the primitive anger found in this scene (Throbbing Gristle, Man Is the Bastard) to reach a Zen state, a calm inside the storm. Mizutani occasionally appeared on some of the raw material, as would other musicians (like Reiko.A), but in essence, Merzbow is Akita. The artist made low-budget live appearances in Tokyo, but his main focus remained on his art production and his writing (he is erudite in 20th century art and the Japanese tradition of bondage).

In 1983, Merzbow's first LP, Material Action 2 (NAM), was released on Chaos/Eastern Works in Japan. Out of the mail-art network and into the specialty record shops, Merzbow began to attract some eyes and ears. He started a second label, ZSF Produkt, which put out dozens of 7"s, EPs, LPs, and more cassettes. By the late '80s, other record labels had begun to pay interest, namely the Australian Extreme imprint. Collaborative (1988), an LP recorded with Achim Wollscheid, brought the Merzbow sound to more international listeners, and slowly invaded other territories. By the mid-'90s, his reputation verged on the mythical. He toured Europe and the U.S., and had higher- and higher-profile releases on Extreme, Release/Relapse, RRR, and Alchemy.

In 1997, Extreme started production of a 50-CD box set, Merzbox. It was finally released three years later. It included 30 reissues dating as far back as 1979 and 20 discs' worth of unreleased material; it remains the biggest musical statement in the history of noise. More widely available albums for Alien8 Recordings (Aqua Necromancer, 1998) and Tzadik (1930, 1998), combined with constant worldwide touring, took the artist from mythical status and propelled him to legendary.

In the late '90s, Akita started to collaborate with other artists using different band names, like Maldoror with Mike Patton and Otomo Yoshihide. Both a prolific composer and performer, Akita continued his string of Merzbow releases into the next century, including Frog (2001), V (2003), Merzbird (2004), the two-volume set Minazo (2006), Merzbear and Synth Destruction (2007), Dolphin Sonar (2008), and the multi-volume 13 Japanese Birds series issued monthly between January 2009 and January 2010. He followed this massive undertaking with Another Merzbow Records, released by the U.K.'s Dirtier Promotions label in April 2010. Merzbient, a box set of ambient material recorded between 1987 and 1990, was issued by Soleilmoon in October 2010. Ever prolific, and with a huge backlog of archival material, Akita released ten collections in 2011, as well as an additional four live sets, and four more albums appeared in 2012, along with the box sets Merzphysics and Merzmorphosis.

The following year saw Merzbow issue a number of important live and studio albums on his own and in collaboration with other artists -- a total of ten. Among them were Live at Molde International Jazz Festival on Smalltown Supersound, Katowice, a concert in Poland with Balázs Pándi, Cat's Squirrel with Oren Ambarchi, Partikel III with Nordvargr, and No Closure with Scott Miller and Lee Camfield, as well as the solo studio dates Tamayodo and Kookaburra. Uncharacteristically, 2014 saw the release of a lone recording, a self-titled split with Full of Hell on Profound Lore. (He spent most of the year writing and taking photographs.)

Merzbow was back to recording in earnest for a number of labels during 2015. In addition to solo offerings including Nezumimochi, Wildwood, and Konchuuki, there were notable collaborative offerings with Askew (Level); Akira Sakata, Jim O'Rourke, and Chikamorachi (Flying Basket); and Mats Gustafsson, Thurston Moore, and Pándi (Cuts of Guilt, Cuts Deeper) that appeared on Rare Noise.

Merzbow also resumed his collaborative relationship with Boris when the two acts played together at Fever. In 2016, Gensho appeared on Relapse. The album's first disc featured drum-less recordings by Boris, mostly re-recordings of earlier songs, as well as a cover of My Bloody Valentine's "Sometimes." The second disc was a new studio recording by Merzbow, intended to be played simultaneously with Boris' disc (the two are the same length). The Japanese issue of the album on Daymare included Gensho at Fever 11272015, a double-live album of their joint concert performance. In addition, as Masami Akita, he released the duo album Kouen Kyoudai with Japanese composer, singer, and multi-instrumentalist Eiko Ishibashi on Thrill Jockey in spring of the following year, and An Untroublesome Defencelessness with drummer Pándi and guitarist Keiji Haino on Rare Noise during the summer. Live at FAC251, which captured Merzbow and Pándi at a September 2016 performance, arrived early in 2017, along with reissues of the early-'80s albums Escape Mask and Remblandt Assemblage. Cuts Up, Cuts Out, another collaboration with Gustafsson, Moore, and Pándi, appeared in 2018. That same year, Dais released Achromatic, Merzbow's collaboration with HEXA (Lawrence English and Jamie Stewart of Xiu Xiu). English's Room40 label then released MONOAkuma (a live recording from 2012). In 2019, the same label released Noise Mass, an updated version of the 1994 album Hole, packaged with a 28-page book. It was just one of 26 releases he issued that year; among them were limited editions and digital issues such as Bluedelic and Phillo Jazz on Slowdown, and Become the Discovered, Not the Discoverer on RareNoise featuring Akita in a power trio setting with Keiji Haino and Pandi.

Merzbow consciously responded to the global COVID-19 pandemic by doubling down on his release schedule, even as most musicians pared theirs back or postponed their releases. Between January and autumn, he released 23 solo and/or duo recordings for several labels. EXD and StereoAkuma were issued by Australia's premier experimental Room 40, while Broken Landscapes was a duo with improvising clarinetist Gareth Davis; it appeared on Moving Furniture Records. 19 more dates, both unreleased archival outings and contemporaneous sessions, were released by Kimiho Mori's and Yasuyuki Nakamura's Slowdown Records and included Material for Structure I (2001) and Necro 2000 (1999). A number of other titles, including Process 9611, Tauro-O1, and Tauro-O2 were all recorded near the end of 2019. In September, RareNoise issued the double-length Cuts Open, an 86-minute trio date with Gustafsson and Pándi that was originally recorded the previous summer. All told, between 2018 and 2019, Merzbow cut and/or collaborated on more than 50 albums. In 2020, he reacted to the global COVID-19 pandemic with another prolific slate of new and archival releases. In December, Akita and Boris resumed their collaboration with 2R0I2P0, which they recorded in separate studios. ~ François Couture & Thom Jurek, Rovi 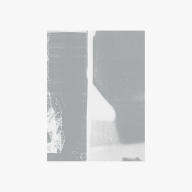 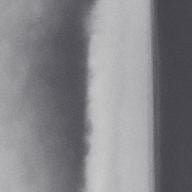 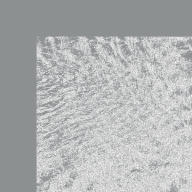 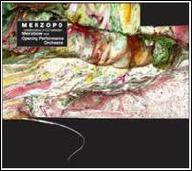 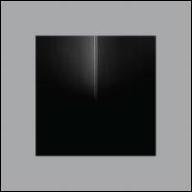 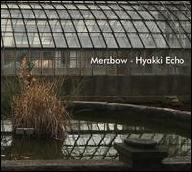 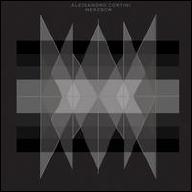 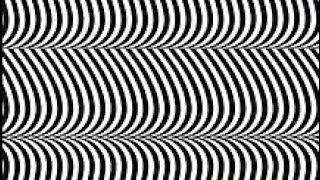 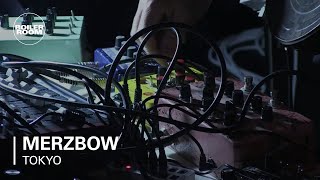 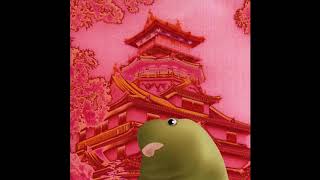 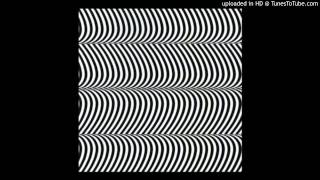 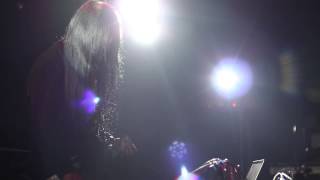 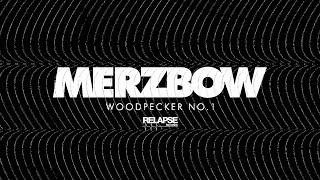 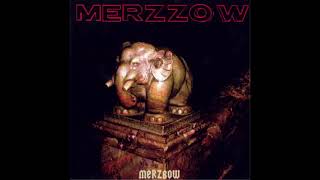