Close
Napoleon XIV
from New York, NY
May 3, 1938 (age 83)
Biography
The weirdest novelty record to hit the Top 40 -- indeed, a strong candidate for the weirdest hit record of any kind, period -- was Napoleon XIV's They're Coming to Take Me Away, Ha-Haaa! Against a clomp-clomp tambourine beat, Napoleon spoke-chanted his manic-depressive tale of failed romance, the vocals suddenly speeding up into an unsettlingly cheerful giddiness as sirens revved up in the background. Not a single note of music was played or sung throughout the track, which zoomed up to number three in the summer of 1966, as the necessary counterpoint to Barry Sadler's insipid, similarly off-the-wall smash that year, The Ballad of the Green Berets. The implications of a song in which the narrator describes himself going crazy and being carted off to the loony bin selling a million copies had unsettling implications for a nation that prides itself on its stability and character. It engendered great controversy and only stayed in the Top 20 for five weeks, partially because many radio stations withdrew the record from their playlists, possibly because of complaints from concerned parents and other righteous citizens.

Napoleon XIV was actually Jerry Samuels, a 28-year-old recording engineer who had previously written small hit singles for pop crooners Johnny Ray and Sammy Davis, Jr., as well as making a conventional single of his own. They're Coming to Take Me Away was a sophisticated production feat for its time, with a maddening beat produced by tambourines, drums, and thigh slaps. The principal drum pattern was crafted by looping a ten-second piece of tape, and Samuels varied the speed of the vocals to simulate the off-the-rails state of a man going crazy while keeping the background tempo constant. Even weirder was the flip side, !Aaah-ah, Yawa Em Ekat ot Gnimoc Er'yeht, which was -- you guessed it -- the A-side run backwards, a blend that yielded what was probably the most unlistenable piece of vinyl of all time.

To capitalize on the left-field success of They're Coming to Take Me Away, Samuels/Napoleon XIV quickly produced an album of variations on the theme, such as Bats in My Belfry and I Live in a Split-Level Head. Most of the material (unlike the single) was not written by Samuels, but by comedy writer Jim Lehner (once the head writer for Jonathan Winters) and composer Bobby Gosh (then writing with Sammy Cahn!), and the novelty quickly wore thin over the course of an LP. They're Coming to Take Me Away isn't the kind of single that lends itself to formulaic follow-ups, though Samuels/Napoleon XIV did release other singles, and recorded an unreleased album in the late '60s. Considering its title, For God's Sake, Stop the Feces!, it may have been better off remaining in the can.

Samuels went on to a career as unpredictable as his hit smash, making his living for a time selling marijuana roach clips to head shops. For a couple of decades he worked the piano bars of the Philadelphia area; on a Napoleon XIV reissue CD he proudly noted that "I became probably the most popular entertainer at nursing homes and senior facilities in the Philadelphia and Delaware Valley area." (Presumably he didn't play his hit single for those audiences.) That reissue CD combined the 1966 Napoleon XIV album with some additional material from the '60s and some later tracks recorded in 1995. ~ Richie Unterberger, Rovi 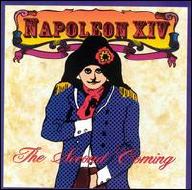 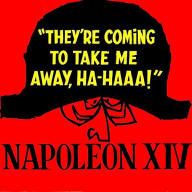 I'm in Love with My Little Red Tricycle
1966
Videos
Close 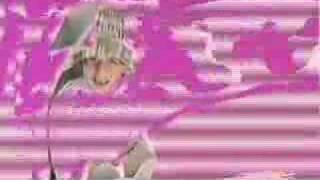 Napoleon XIV: 'They're coming to take me away' 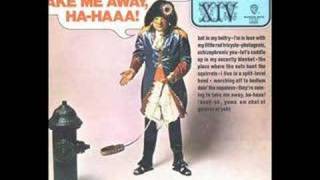 Marching Off To Bedlam - Napoleon XIV 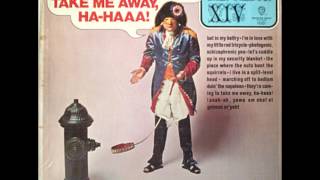 NAPOLEON THE 14TH best of 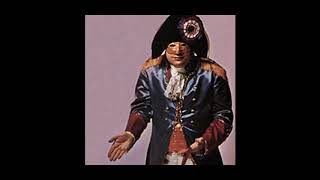 Napoleon XIV - The Place Where The Nuts Hunt The Squirrels 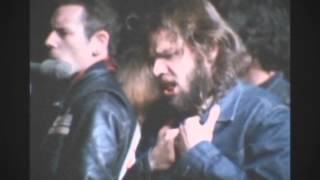 NAPOLEON XIV - THEY'RE COMING TO TAKE ME AWAY, HA-HAAA! 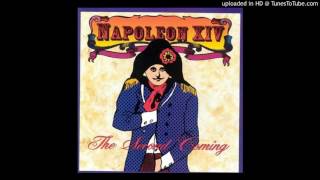 Napoleon XIV - Goofin' On The Job 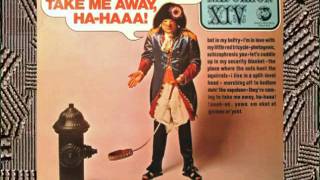