Close
History
by Mos Def, Talib Kweli
on The Ecstatic
Lyrics
Kweli say, "Everybody act according to the season that they born in"
Some are the night, some are the morning, some at noon
Some in winter, some in June
It's our code, it's the natural
The science is a joke
For me and mines, yours and you
Let's move, tell you a little about mine, yo

I was born in a season where the world was quiet and cold
Celebrations were going on
Some were happy, some were sad
Some felt bad from being good
Some felt good from being bad, feelings pass and change
But they never leave, they here to stay
Holiday, holiday, happy birthday
Teenage love, the first cut run deep
Soul on flesh, this is the Brooklyn streets
Year of the Ox, seven and three
M.D., the history (come on)
Every soul's got one of these (yes)
It's where you been and where you be
And without understanding you cannot proceed
Complete, the start and the end
Then it just go round again

I was born in the decade of decadence where they worship what they have
Ford was president, do the math
The war was ended when the Vietnamese stormed the city of Saigon
We was like, bye; we was gone, let bygones be bygones
I'm gone, spread love, it's the Brooklyn way
Where the hug you with the firearm, try it on
Like new school clothes, Black Star official
Smash when we do a show, it's facts, no mystery
I'm down with the crew like Mussolini in Italy
I rock with the Roots like the Giving Tree
Powerful, bigotry at work, me and my people got history
These rappers dumb it down considerably
We get it poppin' like a hit chorus
The flow is historic, they can't get rid of us
Ubiquitous, and we lay the law like Leviticus
Ten years ago we made history so they missing us

And don't call it comeback in particular
We will never blend into ephemera or
Fade into peripheral, transition of the minister's original
We're broadcast clear without diminishing
Black Star so tight, burning soul temperatures and ministers
Alkalines, aminos and minerals essentials
Served over Dilla time signatures
It's miracle material, remember it's right now foreverness 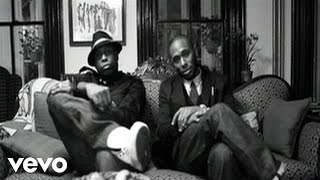 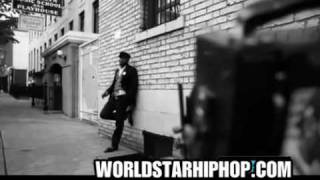