Close
Herb Alpert
from Los Angeles, CA
March 31, 1935 (age 85)
Biography
Known for his mariachi-inspired easy listening sound, trumpeter Herb Alpert is one of the most successful instrumental performers in pop history. He is also one of the entertainment industry's canniest businessmen, having co-founded AM Records -- a label that ranks among the most prosperous artist-owned companies ever established -- with partner Jerry Moss. Emerging in the early '60s alongside his group the Tijuana Brass, Alpert quickly established himself on the charts with Top Ten hits like the title track to 1962's The Lonely Bull and the Grammy-winning "A Taste of Honey" off 1965's Whipped Cream Other Delights. Prior to landing his own hits, Alpert had already teamed with fellow future industry titan Lou Adler to co-write several of singer Sam Cooke's most enduring hits, including "Wonderful World" and "Only Sixteen." They also produced tracks for the surf duo Jan Dean. However, it was with the founding of AM in 1962 that Alpert's career took off. Launched out of Alpert's garage, AM grew to become the world's biggest independent label, showcasing artists like the Carpenters, Cat Stevens, Joe Cocker, and Sergio Mendes Brasil '66. Nevertheless, Herb Alpert the Tijuana Brass remained the label's flagship act, popularizing his Latin-influenced "Ameriachi" sound and scoring hits like "Spanish Flea" (off 1965's Going Places) as well as Alpert's classic 1968 vocal version of Burt Bacharach's "This Guy's in Love with You," which became his first number one hit single. Multiple Grammy Awards also followed, including two for 1967's "What Now My Love." As the sound of pop music evolved, so did Alpert's approach, as he embraced soft rock, disco, and R&B on 1979's Rise. From the '80s onwards, albums like 1983's Blow Your Own Horn, 1992's Midnight Sun (his last for AM after selling the company), and 1997's Passion Dance showcased his continued love of jazz, adult contemporary pop, and Latin traditions. He also branched out into other avenues, earning respect as an abstract painter and founding his own philanthropic Herb Alpert Foundation in support of youth arts and education. Although he has periodically taken time off from performing, Alpert remains a vital studio and live performer, often duetting with his wife, vocalist Lani Hall, for albums like 2011's I Feel You and 2016's Grammy-nominated Human Nature. In 2020, he was the subject of the career-spanning documentary film, Herb Alpert Is....

Born March 31, 1935 in the Boyle Heights neighborhood of Los Angeles, California, Alpert grew up in a family of Jewish heritage with parents who had immigrated to the United States from Ukraine and Romania. Although his father worked as a tailor, he was also a gifted mandolin player. Alpert's mother also taught violin lessons, and both Herb and his brother David (a drummer) were introduced to music at a young age. Alpert first started out taking trumpet lessons at age eight, and by his teens was playing in dance bands and experimenting with recording equipment. Graduating high school in 1952, he did a two-year stint with the Sixth Army Band, after which he enrolled at the University of Southern California. While there, he spent two years as a member of the USC Trojan Marching Band. It was during this period that he befriended Lou Adler, teaming up with the budding lyricist and music impresario for a series of songs on Keen Records. Together, they scored several Top 20 hits, including Jan Dean's "Baby Talk" and Sam Cooke's "Wonderful World." Working under the name Dore Alpert, the trumpeter also recorded his first album as a singer, issuing "Tell It to the Birds" on his and partner Jerry Moss' Carnival Records in 1960. Realizing the Carnival name was already in use, Alpert and Moss renamed their label AM.

In 1962, Alpert released The Lonely Bull, his first album billed under the Tijuana Brass. Recorded cheaply in Alpert's garage as well as at Conway Recording Studio in Hollywood with members of the Wrecking Crew, the album found him experimenting with overdubbing his trumpet lines to create a full brass-band sound. The album's title track, a song written by collaborator Sol Lake and purportedly inspired by Alpert's experience seeing a bullfight in Mexico, became a number six U.S. hit. Following 1963's Volume 2, Alpert scored his first Top Ten hit album with 1964's South of the Border, a further collection of mariachi-influenced arrangements and pop covers by the Beatles, Antonio Carlos Jobim, and others.

Released in 1965, Whipped Cream Other Delights found Alpert and the Tijuana Brass moving away from their early Mexican-themed sound and more fully embracing an easy listening vibe, and included the singles "A Taste of Honey," "Whipped Cream," and "Lollipops and Roses." Largely considered the group's most popular and recognizable album, it sold over six million copies in the U.S., and hit number one on the Billboard Pop Albums chart. Arriving the following year, What Now My Love also fared well, remaining at number one for nine weeks. More number one albums followed, including 1966's S.R.O., 1967's Sounds Like, and 1967's Herb Alpert's Ninth.

In 1968, Alpert scored his first number one single (and the first number one for AM) with a rare vocal turn on a rendition of Burt Bacharach's romantically laid-back anthem "This Guy's in Love with You." Included on the album Beat of the Brass, the song remained on top of the Billboard Hot 100 pop singles chart for four weeks. The album also hit number one on the Billboard Top Pop Albums chart, becoming Alpert's fifth and final number one LP. Warm followed a year later, and featured an even more languid, Brazilian-influenced sound. It would be the Tijuana Brass' last album to crack the Top 40.

As AM continued to thrive throughout the early '70s, Alpert shifted his focus somewhat from making his own music to his label duties. In 1973, he also wed former Sergio Mendes Brasil '66 singer Lani Hall. Nonetheless, he regularly recorded, issuing albums like 1974's Quincy Jones-arranged You Smile, The Song Begins, 1975's Coney Island, and 1976's Just You and Me. He also paired with famed South African trumpeter Hugh Masakela on 1978's Main Event Live. In 1979, Alpert issued Rise, which found him embracing a sophisticated jazz-, funk-, and disco-influenced sound. One of his earliest albums co-produced with nephew Randy Badazz Alpert, it reached the Top Ten, largely buoyed by the hit title track.

Alpert's 1980 album, Beyond, was also a Top 40 success. It was followed by 1982's Fandango and 1985's Wild Romance, both of which found him further embracing a smooth crossover sound. Released in 1987, Keep Your Eye on Me included the Top Five single "Diamonds," which featured a guest vocal from Janet Jackson, one of AM's major successes of the decade. In 1986, Alpert also established the Herb Alpert Foundation, a philanthropic organization dedicated to establishing educational, arts, and environmental programs for children.

Following the sale of AM to PolyGram in 1990 for a sum in excess of $500 million, Alpert and Moss founded Almo Sounds in 1994. Among the artists they signed were luminaries including Garbage, Gillian Welch, and Imogen Heap. Alpert issued 1991's North on South Street and 1992's Midnight Sun as his final AM albums before moving to Almo Sounds. There, he released 1997's Passion Dance and 1999's Colors. Also during this period, he branched out into artistic venues, exhibiting his abstract expressionist paintings and co-producing a number of Broadway successes, including Angels in America and Jelly's Last Jam.

In 2007, Alpert and Lani Hall began touring regularly and recording together, releasing 2009's Anything Goes and 2011's I Feel You. The albums found the duo touching upon various aspects of their careers, including jazz standards, Brazilian and Latin music, pop songs, and reworkings of classic hits. He was awarded the National Medal of Arts by President Barack Obama and First Lady Michelle Obama in 2012.

In 2013, Alpert and Hall released the third of their albums together, Steppin' Out, which also featured keyboardist Jeff Lorber; the album won a Grammy for Best Pop Instrumental Album in January of 2014. Also that year, Alpert released the electronic dance-infused project In the Mood. The following year, he returned with yet another stylistically varied collection of originals and cover songs, Come Fly with Me. In 2016, Alpert delivered his third album of electronic-tinged tracks, Human Nature, which garnered him yet another Grammy nomination. He quickly returned with 2017's Music, Vol. 1, recorded with producer Jochem van der Saag (Andrea Bocelli, Barbra Streisand, Michael Bublé). Along with originals, the album featured reworkings of the Beatles' "Michelle" and John Lennon's "Imagine." The holiday-themed The Christmas Wish also arrived in 2017, followed a year later by Music, Vol. 3: Herb Alpert Reimagines the Tijuana Brass. Alpert again paired with van der Saag for 2019's Over the Rainbow, which included the original single "Skinny Dip," as well as covers of songs by Bill Withers, Earth, Wind Fire, Barry Manilow, and others. In 2020, Alpert was the focus of the career-spanning documentary film, Herb Alpert Is..., which was accompanied by a three-disc box set. ~ Matt Collar, Rovi 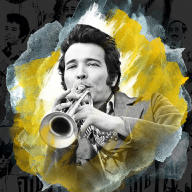 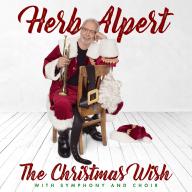 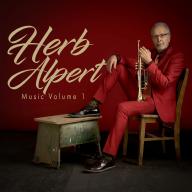 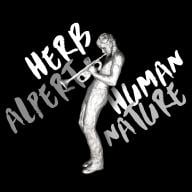 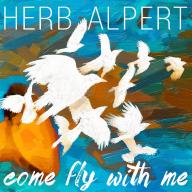 Come Fly With Me
2015
Videos
Close 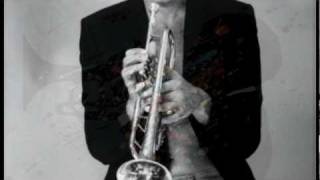 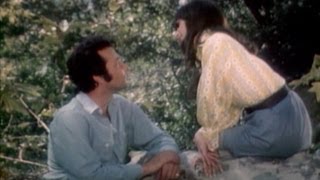 Herb Alpert - This Guy's In Love With You 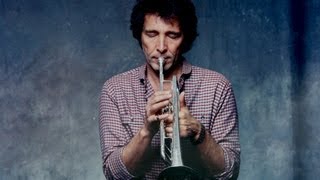 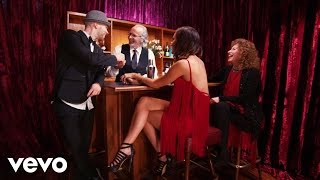 Herb Alpert - Puttin' on the Ritz 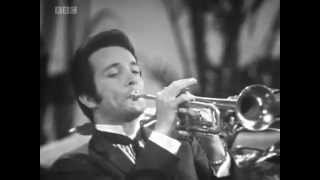 Herb Alpert The Tijuana Brass A Taste of Honey