Close
Houston Person
from Florence, SC
November 10, 1934 (age 87)
Biography
With his robust sound and swinging style, tenor saxophonist Houston Person has kept the hard bop and organ-soaked soul-jazz traditions alive. Emerging from organist Johnny Hammond Smith's group, Person established his reputation as one of the Big Boss tenors in the Gene Ammons style with albums like 1968's Blue Odyssey, 1969's Goodness!, and 1970's Person to Person! He further embraced a funky, soulful vibe in the '70s with albums like 1972's Broken Windows, Empty Hallways and 1976's Stolen Sweets. From the '80s onward, he balanced his love of groove-based R&B with more hard-swinging acoustic sessions, joining contemporaries like Ron Carter and Teddy Edwards, as well as younger players like Joey DeFrancesco and Christian McBride. He recorded extensively with singer Etta Jones and has remained a torchbearer for the big tenor sound, releasing warmly attenuated standards and soul-jazz dates like 2015's Something Personal and 2021's Live in Paris.

Born in 1934 in South Carolina, Person started out on piano before picking up the tenor sax in his youth. After high school, he studied at South Carolina State College and then enlisted in the Air Force. Stationed in West Germany, he played in a service band that also included such jazz luminaries as Eddie Harris, Lanny Morgan, Leo Wright, and Cedar Walton. Following his discharge, he finished his studies at Connecticut's Hartt College of Music. In the early '60s, Person was a member of organist Johnny Hammond Smith's group, appearing on albums like 1963's A Little Taste, 1965's The Stinger, and 1968's Nasty! It was also during his time with Smith that he first met vocalist and longtime musical companion Etta Jones.

As a leader, Person made his solo debut with 1966's Underground Soul on the Prestige label, featuring organist Charles Boston. More vibrantly earthy albums followed for the label, including 1967's Chocomotive, 1967's Trust in Me, and 1968's Blue Odyssey, all of which found him working with pianist Cedar Walton. Throughout the late '60s and early '70s, he released a handful of albums that all featured exclamation-point titles, starting with 1968's Soul Dance! and ending with 1970's Person to Person! Marked by the inclusion of organist Sonny Phillips, each record grew increasingly funky as Person dipped further into soul and R&B sounds. There were also gritty sessions with Charles Earland and Don Patterson.

Throughout the '70s, Person continued to pursue a soul-oriented crossover sound, as on 1971's large-ensemble Houston Express and 1972's Sweet Buns Barbecue. Following his time with Prestige, he recorded for a bevy of independent labels, releasing 1973's The Real Thing and 1975's Get Out'a My Way! on the Detroit-based Eastbound and Westbound labels, respectively. He then moved to Mercury for two mid-'70s dates, 1976's Pure Pleasure and 1977's Harmony. He also recorded with equally funk-centric players like Grant Green, Richard Groove Holmes, Bernard Purdie, and others. In addition, there were numerous sessions with vocalist Jones, a partnership that would continue for much of Person's career. Toward the end of the decade, he found a home at Muse, releasing a handful of equally earthy soul-, blues-, and hard bop-inflected dates, including Stolen Sweets, Wild Flower, and The Nearness of You. More albums followed for Muse with 1980's Suspicions, 1982's Heavy Juice, and 1985's Always on My Mind.

While funk and soul would remain an integral part of his sound, Person began to incorporate more straight-ahead acoustic jazz back into his work by the late '80s. He released a warm standards date with 1987's Basics and paired with bassist Ron Carter for both 1989's Something in Common and 1990's Now's the Time. He also recorded several albums featuring then up-and-coming young lions, including organist Joey DeFrancesco and a pair of siblings, trumpeter Philip Harper and drummer Winard Harper, as on 1990's Why Not! A year later, he released The Lion and His Pride, which again featured the Harper Brothers, along with pianist Benny Green and bassist Christian McBride.

By the mid-'90s, Person had switched to HighNote Records, releasing a steady flow of equally potent hard bop albums, including 1996's Close Encounters with tenor saxophonist Teddy Edwards, 1998's quartet date My Romance, and 2000's holiday-themed Together at Christmas with vocalist Jones. More HighNote albums arrived with 2006's You Taught My Heart to Sing with Bill Charlap, 2007's Thinking of You, and 2008's Just Between Friends, the latter of which again found him working with bassist Carter. Released in 2012, Naturally, recorded at the famed Van Gelder Recording Studio, re-teamed Person with longtime associate Cedar Walton on piano, Ray Drummond on bass, and Lewis Nash on drums. He quickly returned with the similarly inclined 2013 effort Nice 'n' Easy, followed a year later by The Melody Lingers On.

In 2015, Person delivered the rootsy and soulful Something Personal. The saxophonist then again paired with Carter for the 2016 duo album Chemistry. The following year saw Person issue the soulful Rain or Shine, which marked his 50th year as a combo leader. After 2018's Remember Love, his sixth album of duets with Carter, he returned with the full-band set I'm Just a Lucky So and So. The concert album Live in Paris arrived in 2021 and featured his group with guitarist Peter Bernstein, organist Ben Paterson, and drummer Willie Jones III. ~ Matt Collar, Rovi 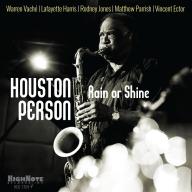 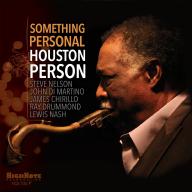 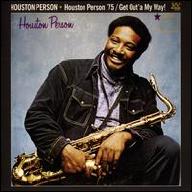 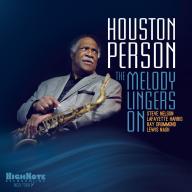 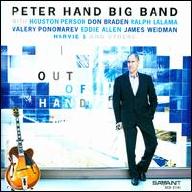 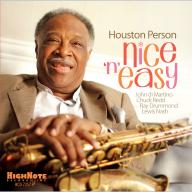 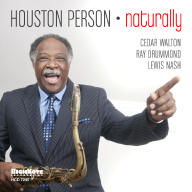 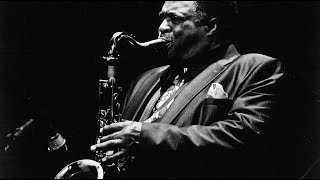 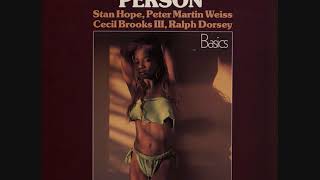 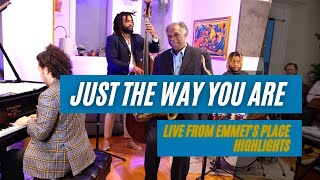 Emmet Cohen w/ Houston Person | Just The Way You Are 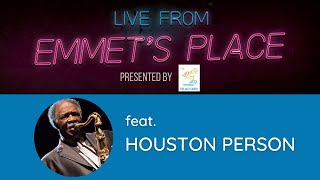 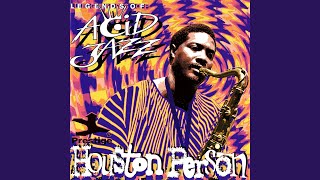 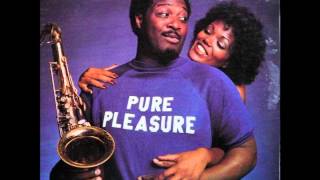 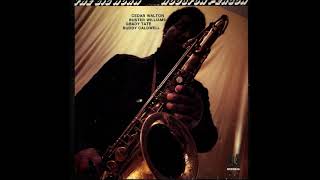