Close
Ron Carter
from Ferndale, MI
May 4, 1937 (age 84)
Biography
The epitome of class and elegance without the stuffiness, Ron Carter has been a world-class bassist and cellist since the '60s. He's among the greatest accompanists of all time, and has made many albums exhibiting his prodigious technique. Carter is a brilliant rhythmic and melodic player who uses everything in his bass and cello arsenal: walking lines; thick, full, prominent notes and tones; drones and strumming effects; and melody snippets. His bowed solos are almost as impressive as those done with his fingers. Carter has been featured in clothing, instrument, and pipe advertisements; he's close to being the bass equivalent of a Duke Ellington in his mix of musical and extra-musical interests. Carter is nearly as accomplished in classical music as jazz, and has performed with symphony orchestras all over the world. He's almost exclusively an acoustic player; he did play electric for a short time in the late '60s and early '70s, but he didn't use it for many, many years. Famously, he was a member of Miles Davis' second great quintet of the '60s, but he has regularly issued his own eclectic albums like 1978's A Song for You with four cellos, 1995's Mr. Bow-Tie, and 2011's Ron Carter's Great Big Band. Carter has also joined other musicians on a number of engaging duet and trio recordings, including a classic 1972 session with Jim Hall, Alone Together, 1989's Duets with Helen Merrill, 2002's Dialogues with Houston Person, and 2016's The Purity of Turf with Ethan Iverson, among others.

Carter began playing cello at ten; however, when his family moved from Ferndale to Detroit, Michigan, Carter ran into problems with racial stereotypes regarding the cello and switched to bass. He played in the Eastman School's Philharmonic Orchestra, and gained his degree in 1959. He moved to New York and played in Chico Hamilton's quintet with Eric Dolphy, while also enrolling at the Manhattan School of Music. He made some of his earliest recordings during this period, including playing on Dolphy's Far Cry. Carter earned his master's degree in 1961. After Hamilton returned to the West Coast in 1960, Carter stayed in New York and played with Dolphy and Don Ellis, cutting his first records with them. He worked with Randy Weston and Thelonious Monk while playing and recording with Jaki Byard in the early '60s. Carter also toured and recorded with Bobby Timmons' trio and played with Cannonball Adderley. He joined Art Farmer's group for a short time in 1963 before he was tapped to become a member of Miles Davis' band.

Carter remained with Davis until 1968, teaming with bandmates Herbie Hancock and Tony Williams to craft a new, freer rhythm-section sound. Together, they appeared on every one of the trumpeter's crucial mid-'60s recordings including E.S.P., Miles Smiles, Nefertiti, and others. The high-profile job led to the reputation that's seen Carter become possibly the most recorded bassist in jazz history. He's been heard on an unprecedented number of recordings; some sources claim 500, others have estimated it to be as many as 1,000. The list of people he's played with is simply too great to be accurately and completely cited. Carter has been a member of the New York Jazz Sextet and New York Jazz Quartet, V.S.O.P. Tour, and Milestone Jazzstars, and was in one of the groups featured in the film Round Midnight in 1986.

Carter has led his own bands at various intervals since 1972, using a second bassist to keep time and establish harmony so he's free to provide solos. Carter even invented his own instrument, a piccolo bass, which he featured on 1977's Piccolo. He has contributed many arrangements and compositions to both his groups and other bands, and made duo recordings with Cedar Walton, Jim Hall, and others. In 1987, he won a Grammy Award for Best Instrumental Composition for the song "Call Sheet Blues," from the soundtrack album The Other Side of Round Midnight. Carter picked up a second Grammy Award in 1994 for his contributions to the reunion album A Tribute to Miles. He has recorded for Embryo/Atlantic, CTI, Milestone, Timeless, EmArcy, Galaxy, Elektra, and Concord, and eventually landed at Blue Note for LPs including 1997's The Bass and I, 1998's So What, and 1999's Orfeu.

At the dawn of the new millennium, Carter remained an active, in-demand artist, releasing a steady stream of albums and keeping a busy live schedule. When Skies Are Grey surfaced in early 2001, followed in 2002 by Stardust, Carter's tribute to the late bassist Oscar Pettiford. That same year, he joined saxophonist Houston Person for the duo's third album of standards, Dialogues. In 2006, another tribute album was released, Dear Miles, dedicated to Miles Davis, also on Blue Note. Several more small group solo albums followed including 2007's Japan-only It's the Time and 2008's Jazz and Bossa.

In 2011, Carter delivered his first effort with big-band music, Ron Carter's Great Big Band, featuring arrangements by conductor Robert M. Freedman and a bevy of name players including pianist Mulgrew Miller and drummer Lewis Nash. The following year, he was inducted into the DownBeat Jazz Hall of Fame. He then joined drummer Gerry Gibbs for two albums, 2013's Thrasher Dream Trio and 2014's We're Back. Also in 2014, Carter was backed by the WDR Big Band on My Personal Songbook. In 2016, the bassist once again paired with saxophonist Person for the duo album Chemistry. That same year, he also joined pianist Ethan Iverson on the trio date The Purity of Turf. Another Person collaboration, Remember Love, arrived in 2018. The following year, Carter paired with novelist, poet, and painter Danny Simmons for the Brooklyn multimedia concert The Brown Beatnik Tomes: Live at BRIC House. ~ Ron Wynn, Rovi 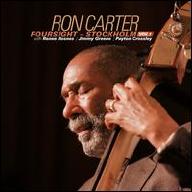 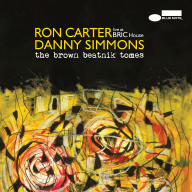 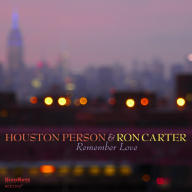 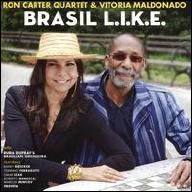 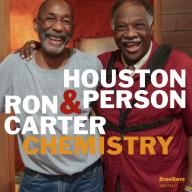 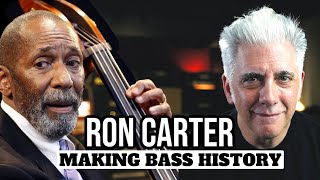 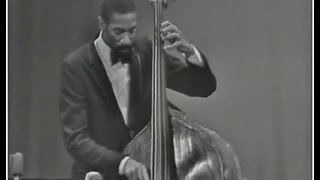 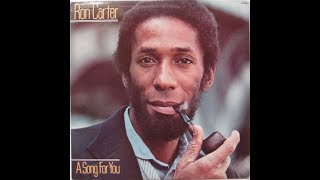 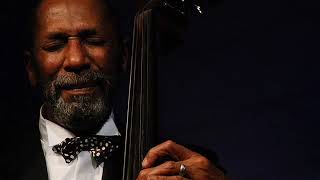 Ron Carter - The Shadow Of Your Smile 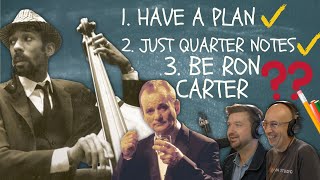