Close
Marcia Griffiths
from Kingston, Jamaica
November 23, 1949 (age 72)
Biography
In a genre traditionally dominated by male artists, Marcia Griffiths is arguably the best-known and most influential woman in the history of reggae. Griffiths first made a name for herself when the music was still evolving from its roots in ska and rocksteady, and she later became an ally of reggae's signature artist Bob Marley before embracing the electronic-based sounds of dancehall and funk in the 1980s. Her 1982 track, "Electric Boogie," went on to inspire the popular dance the Electric Slide, giving the song a new life as a perennial dance staple. Griffiths' versatility and knack for choosing interesting collaborators ensured her relevancy well into the 21st century; she was a part of Toots the Maytals' Grammy Award-winning 2004 set, True Love, and cut songs with artists like Shaggy and Buju Banton. While her own lasting influence continued to inspire younger acts, she gracefully honored her peers and forebears and in 2019 offered up an album devoted to the music that emerged from Kingston's famed Studio One label.

Marcia Llyneth Griffiths was born in Kingston, Jamaica on November 23, 1949 (though Griffiths has sometimes told journalists she was born in 1953). She displayed an interest in music early on, singing in the church choir and regularly taking part in musical presentations at school, and she made her first steps toward a professional career when she was 15. Griffiths was singing at a friend's party when she was overheard by Phillip Boasie James, a member of the vocal group the Blues Busters, who was visiting his girlfriend next door. James was impressed by Griffiths and arranged for her to take part in an upcoming talent competition. Griffiths wowed the audience and was immediately invited to perform on a television variety show the same evening. After this successful debut, she became a singer with Byron Lee the Dragonaires, one of Jamaica's most popular ska outfits, and was signed to a record deal with Studio One, the pioneering label founded by producer Clement Coxsone Dodd.

Griffiths scored her first major hit with the 1967 single "Feel Like Jumping," a rocksteady number that charted in Jamaica and Great Britain, and she would also enjoy chart success with the tunes "Melody Life" and "Truly" before cutting her first album, Marcia Griffiths at Studio One. In 1969, she teamed up with Bob Andy of the Paragons as a duet partner, and when she moved from Studio One to the Trojan-affiliated Harry J label (run by musician and producer Harry Johnson), Andy followed suit; their interpretation of Nina Simone's "Young, Gifted and Black" became a major international hit in 1970. Bob and Marcia hit the charts again in 1971 with "The Pied Piper," but in 1974 the duo parted ways and Griffiths released her second solo album, Sweet Bitter Love.

In 1974, after Peter Tosh and Bunny Livingston left the Wailers, Bob Marley wanted to fill out the vocal sound of the group and added a trio of female singers to the Wailers' lineup. Griffiths became a member of the I-Threes alongside Rita Marley and Judy Mowatt, and after making their debut with Marley on the groundbreaking album Natty Dread, they became an integral part of the Wailers on-stage and in the studio until Marley's death in 1981. The I-Threes also cut a pair of albums on their own after Marley's passing, 1983's Beginning and 1995's Songs of Bob Marley. Griffiths continued to record as a solo artist during her down time from the Wailers, cutting a pair of albums with producer Sonia Pottinger, 1978's Naturally and 1979's Steppin'.

In 1982, Griffiths cut an uptempo dance tune, "Electric Boogie," which quickly became a major hit in Jamaica. The song gained an unexpected second life in 1989 when a disc jockey in Washington, D.C. began spinning the record on a regular basis; the seven-year-old track jumped into the American charts, boosted by radio airplay as well as the growing popularity of a dance inspired by the song, the Electric Slide. ("Electric Boogie" also popped up on an album released by Island in America in 1990, Carousel.) As the Electric Slide became a regular feature at weddings and family get-togethers, "Electric Boogie" became a perennial favorite and established Griffiths in the United States.

Through the '90s and into the 21st century, Griffiths continued to record and tour internationally on a regular basis, releasing albums that run the gamut from polished love songs to roots reggae to fiery dancehall sides (dueting with the likes of Shaggy, Buju Banton, and Cutty Ranks); she also reunited with Bob Andy for a pair of duet albums, Really Together in 1990 and Sweet Memories, in 1997. She was one of several high-profile guests to contribute to Toots the Maytals' Grammy Award-winning 2004 album, True Love, and followed it up with two more solo outings in 2005's Shining Time and 2007's Melody Life. In a tribute to her lasting appeal and wide stylistic range, VP Records 2012 compilation Marcia Griffiths Friends featured an impressive 38 collaborations culled from her vast catalog of work. Two years later, Griffiths was honored by the Jamaican government with the Order of Distinction. Returning to the studio, she celebrated the legacy of Jamaica's famed Studio One by covering a host of classic artists associated with the label and studio. The album, Timeless, was released in 2019 and featured renditions of songs by the Heptones, the Cables, and Jackie Opel, among others. ~ Mark Deming, Rovi 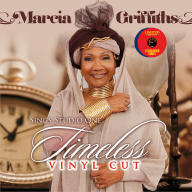 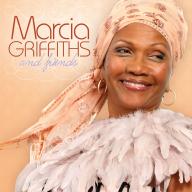 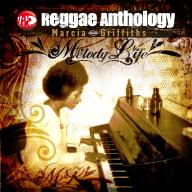 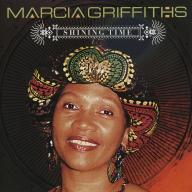 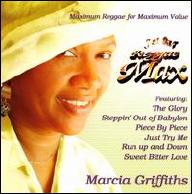 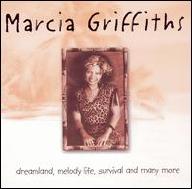 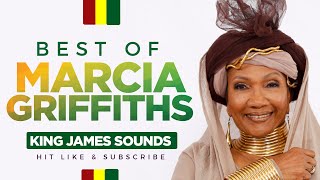 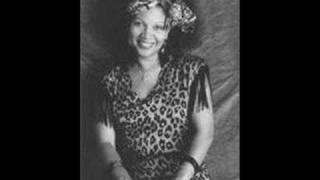 Marcia Griffiths - All My Life 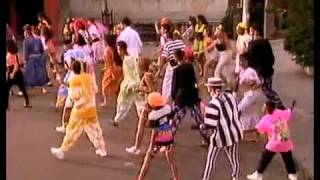 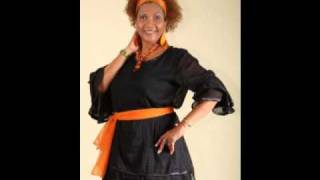 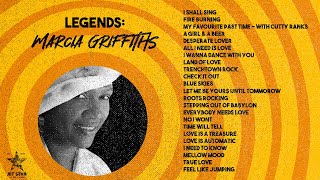 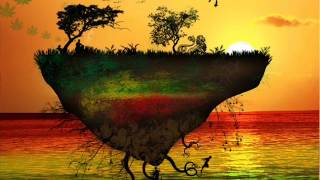 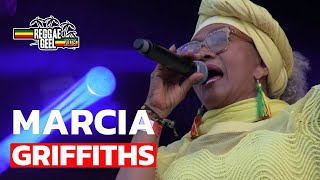