Close
Jesse Belvin
from San Antonio, TX
December 15, 1932 - February 6, 1960 (age 27)
Biography
While not nearly as well remembered by the general public as either Sam Cooke or Otis Redding, singer Jesse Belvin was in many regards a performer of equal stature whose career was also cut far too short by tragedy. At the time of his death, Belvin was moving in the much the same direction as Cooke (he was even on the same record label, although signed earlier), and was scoring and writing hits long before Redding ever cut a record.

Jesse Lorenzo Belvin was born in San Antonio, TX, in 1932. When he was five, his family relocated to Los Angeles, and by age seven he was singing in church. He discovered RB in his early teens, and in 1950 joined jazz saxophonist Big Jay McNeely's backing vocal quartet Three Dots and a Dash. Belvin's falsetto was placed up front in his debut release, 1950's All the Wine Is Gone; the response was so strong that on the group's next record, his name was placed directly under McNeely's on the B-side, Sad Story. In 1952, Belvin and bandmate Marvin Phillips signed to Specialty. They cut four singles: the first three -- Baby Don't Go, One Little Blessing, and Love of My Life -- were credited to Jesse Belvin, and all failed to chart. The last, Dream Girl, which featured Belvin on piano and vocals with Phillips on saxophone, was credited to Jesse Marvin, and got to number two on the RB charts in 1953.

Unfortunately, just as it looked like Belvin's career was going to take off, he was drafted. While home on leave, he wrote a song called Earth Angel, inspired by a young white woman who lived near him. The song was subsequently recorded by a semi-professional doo wop quartet called the Penguins and became one of the first RB singles to cross over onto the pop charts, selling a million copies between late 1954 and early 1955. (A lawsuit later erupted over the authorship and origins of the song, which took almost two years to settle; Belvin was awarded one-third credit for the song, alongside the Penguins' Curtis Williams and a third singer who had a claim to writing it.)

Belvin was a prolific songwriter, but his business approach was rather cavalier. In a period in which millions of dollars were sometimes earned on a carefully protected copyright, Belvin wrote songs as a way of raising quick cash and often sold them outright to others for as little as 100 dollars. The result was dozens upon dozens of songs that Belvin was responsible for as writer and singer on the demo or guide track, few of which he actually received credit for. In 1956, he signed a long-term contract with Modern Records, and also continued to sing for other labels under assumed names, working in the background with other artists. Some of the Modern releases were credited to the Cliques, which was really Jesse Belvin and Eugene Church, but most were credited to Belvin alone.

It was with Modern that he cut his most enduring record. Goodnight My Love had been written by producer George Mottola ten years earlier, but he had never been able to finish it; Belvin provided the lines for the bridge that completed the song, but asked for 400 dollars in lieu of co-authorship credit. Mottola didn't have it, but a colleague, John Marascalco, did, and put up the money, receiving co-authorship credit in the bargain. The song reached number seven on the RB charts in 1956; curiously, the pianist on the recording was an 11-year-old session player making his recording debut named Barry White, who would emerge as a giant in his own right about two decades later. More important at the time, Goodnight My Love became the outro theme to Alan Freed's rock roll radio show, heard by millions of young listeners every night.

Belvin cut ten singles for Modern, of which Goodnight My Love was far and away the most successful. In 1958, he was again on the move, recording for Knight, Class, and Jamie Records under his own name, as well as for the Aladdin label in association with the Sharptones. His biggest success that year, however, came through a group called the Shields, which had been formed by George Mottola to record on his own Tender label. Adding his voice to the mix, Belvin joined the group, which also included Frankie Ervin on lead and Johnny Guitar Watson on guitar. The Shields' only record with Belvin was You Cheated, which had already been cut by a white group called the Slades; the Shields' version was the more successful, reaching number 15 on the pop charts in the summer of 1958.

Around this time, Belvin's career took a decided upswing, in part with help from his wife Jo Anne, a fine songwriter in her own right who became his manager and took charge of his career. One of the first results was getting him signed to RCA Records; his first big success for the new label came in April of 1959 with the Top 40 hit Guess Who. He finished his first album, Just Jesse Belvin, later in the year, developing a more mature studio sound and a somewhat more sophisticated singing style as well. Like Sam Cooke, who would follow him on to RCA with similar goals a short time later, Belvin began to realize that he had the potential to cross over to adult white audiences while keeping his original fans as well. For its part, RCA saw in Belvin the potential for another Nat 'King Cole or Billy Eckstine: a powerful and charismatic performer; he had acquired the nickname "Mr. Easy" for his way with the ballads that increasingly made up his live sets.

In late 1959, with the encouragement of his wife and the support of producer Dick Pierce and arranger/conductor Marty Paich, Belvin went into the studio for three recording dates that yielded a dozen songs, among them intensely soulful covers of standards like Blues in the Night, In the Still of the Night, and Makin' Whoopee. The band included Art Pepper on the sax and clarinet and Jack Sheldon on the trumpet, and the playing was extraordinary all the way around. Alas, Belvin never heard the finished album, Mr. Easy; on February 6, 1960, shortly after finishing a performance in Little Rock, AR, on a bill with Sam Cooke, Jackie Wilson, and Marv Johnson, Belvin and his wife were killed in a head-on auto collision. Mr. Easy was released later in 1960, his final testament and an enduring legacy. ~ Bruce Eder, Rovi 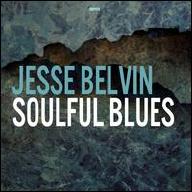 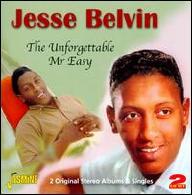 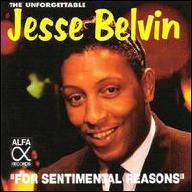 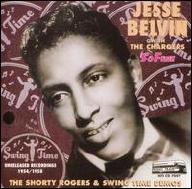 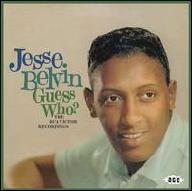 Guess Who: The RCA Victor Recordings
2004 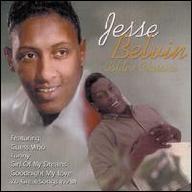 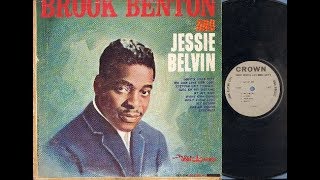 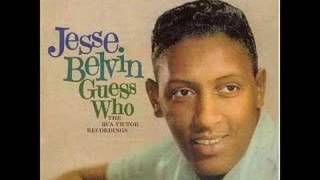 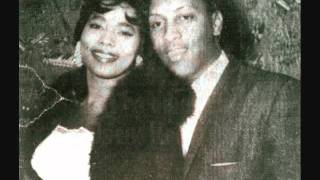 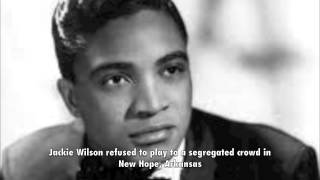 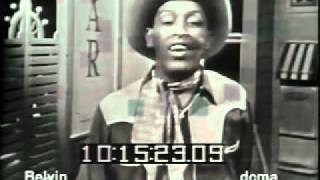 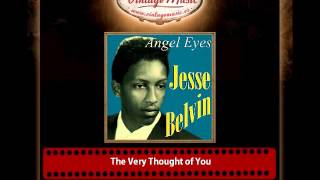 Jesse Belvin – The Very Thought of You 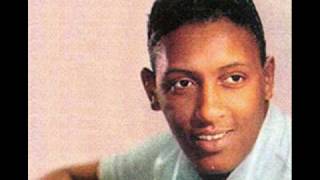