Close
Art Pepper
from Gardena, CA
September 1, 1925 - June 15, 1982 (age 56)
Biography
With his lyrical, swinging style, alto saxophonist Art Pepper is recognized as one of the major jazz stars to emerge out of the West Coast jazz scene of the 1950s. A gifted soloist by his teens, Pepper initially drew attention touring as a member Stan Kenton's band before launching his solo career. He achieved almost instant fame, famously finishing second behind Charlie Parker as best alto saxophonist (he also occasionally played clarinet and tenor sax) in the 1952 DownBeat magazine readers' poll. Along with artists like Chet Baker, Gerry Mulligan, Shelly Manne, and others, Pepper became synonymous with the laid-back West Coast jazz sound. However, he was also a heroin addict, and his career was often sidelined due to drug-related stints in prison. Nonetheless, he remained a vital performer, issuing albums like 1959's Plus Eleven and 1960's Intensity. After entering the Synanon drug rehabilitation program in the late '60s, Pepper resurrected his career. Working alongside his wife and manager Laurie Pepper, he recorded a series of comeback albums including 1975's Living Legend and 1980's Straight Life (also the title of his 1980 memoir) which found him embracing a more muscular, hard bop and modal sound influenced by John Coltrane. Despite, or perhaps because of his troubled career, Pepper -- who died of a stroke in 1982 -- remains a dualistic symbol for both the fallen jazz star and journeyman who never gave up.

Arthur Edward Pepper, Jr. was born in 1925 in Gardena, California to a merchant seaman father and teenage mother. Both of his parents struggled with alcoholism and the young Pepper was sent to live with his paternal grandmother in nearby San Pedro. Growing up, he expressed an interest in music and started taking clarinet lessons at age nine and switched to alto saxophone at age 13. By the time he was 15, he was attending jazz and blues jam sessions at largely African-American clubs on Central Avenue in downtown Los Angeles, playing with drummer Lee Young, saxophonist Benny Carter, and others. He was still a teenager when he joined Stan Kenton's band, touring the U.S. until he was drafted into the Army in 1943. Following his discharge after World War II, Pepper returned to Los Angeles, where he again joined Kenton's ensemble, playing alongside bandmates like Conte Candoli, Lee Konitz, Frank Rosolino, and others.

By the early '50s, Pepper was a star, widely regarded as one of the best alto saxophonists in the country. Though he had only appeared on a handful of recordings, he was popular enough to finish second behind Charlie Parker in the 1952 DownBeat magazine readers' poll. However, it was also during this initial career ascent that he was arrested and sent to prison on drug-related charges stemming from heroin addiction; an issue that plagued him throughout his career and resulted in a number of incarcerations. Released from prison in 1956, Pepper quickly made up for lost time, recording a number of classic albums including Art Pepper Meets the Rhythm Section featuring Miles Davis bandmates Red Garland, Paul Chambers, and Philly Joe Jones, Surf Ride with Russ Freeman and Hampton Hawes, and Playboys with trumpeter Chet Baker. All of these albums showcased Pepper's fluid, bop-informed improvisational style and singing tone, solidifying his reputation as one of the architects of the cool, West Coast jazz sound. There were also sessions with Wane Marsh, Herb Ellis, Jimmy Giuffre, and others.

Pepper had a number of well-regarded albums issued in the early '60s including Intensity with pianist Dolo Coker, Smack Up with trumpeter Jack Sheldon, and Gettin' Together!, which again found him backed by Miles Davis' rhythm section of Red Garland, Paul Chambers, and Philly Joe Jones. However, while he remained a popular artist, much of his career was sidelined during the '60s as he served time in prison, including two stints at San Quentin, where he played in a group with fellow saxophonist Frank Morgan. Following his final release from prison, Pepper entered the drug rehabilitation program Synanon based in Santa Monica. There he met and eventually married his third wife, photographer Laurie Pepper, who also became his manager. With the use of methadone, the saxophonist entered a period of recovery which found him recording more and more throughout the '70s.

Living Legend arrived in 1975 on Contemporary Records and found Pepper playing with longtime associates pianist Hampton Hawes, bassist Charlie Haden, and drummer Shelly Manne. The album also revealed his transition toward a more aggressive, harmonically complex approach influenced by the work of John Coltrane. Equally earthy and soulful albums followed including 1976's The Trip, 1977's No Limit, and 1978's Among Friends. In the late '70s, Pepper signed a contract with Galaxy Records and issued a slew of albums for the label that found him striking a balance between his earlier West Coast style and latter-career interest in Coltrane's music. Art Pepper Today arrived in 1979 and featured pianist Stanley Cowell, bassist Cecil McBee, and drummer Roy Haynes.

In 1980, Pepper published his autobiography, Straight-Life, co-written with Laurie, in which he openly discussed his career and issues with drugs and prison. He continued to record often throughout his later years, issuing albums on the Galaxy and Artist House labels, including 1980's So in Love and 1984's Artworks. He often paired with pianist George Cables, issuing two 1982 duets albums with Tete-a-Tete and Goin' Home. It was at the height of his comeback that Pepper died of a stroke on June 15, 1982 in Los Angeles at the age of 56. Following his death, Laurie continued to issue many bootleg and previously unreleased sessions by the saxophonist on her Widow's Taste imprint. She also paired with Omnivore Records for a series of compilations detailing his Galaxy and Artist House albums, including 2017's Art Pepper Presents: West Coast Sessions, Vol. 1: Sonny Stitt, and 2019's Promise Kept: The Complete Artists House Recordings. ~ Matt Collar, Rovi 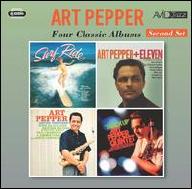 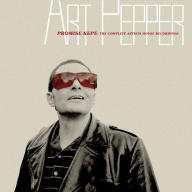 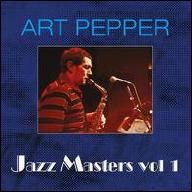 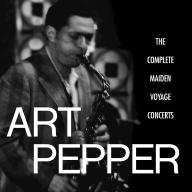 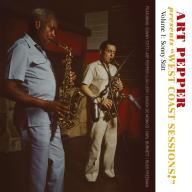 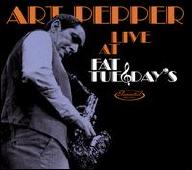 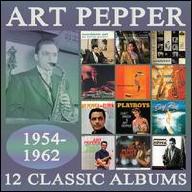 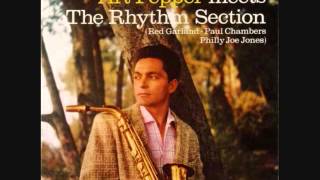 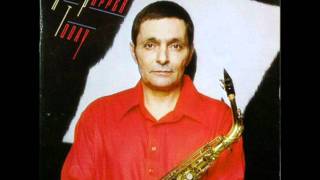 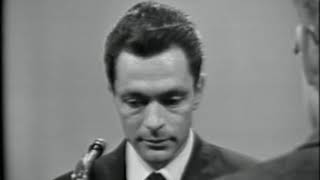 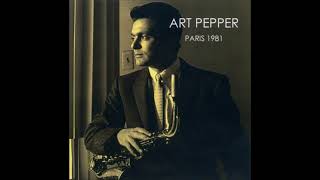 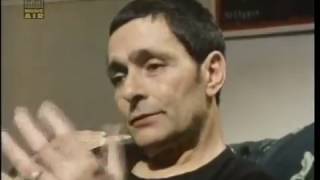 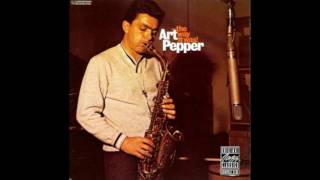 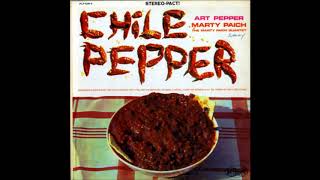