Close
Philip Glass Ensemble
from New York, NY
formed January 1, 1968 (age 54)
Biography
The Philip Glass Ensemble is a small chamber group mainly devoted to performing works by iconic American composer Philip Glass. In the late 1960s, Glass' minimalist music was regarded as experimental, and its unconventional instrumentation only underscored that view: most of his works then called for keyboard synthesizers, amplified winds, and a solo soprano, who sang solfeggio, often with amplification. The instrumentation of the Philip Glass Ensemble was born of this rock-tinged style. The group consists of about ten members (including a sound engineer), though the number in concert may vary according to the demands of the composition. The PGE has regularly toured throughout the U.S., South America, Europe, and Asia. It has also made numerous recordings over the years, most available on the Sony, Nonesuch, and Orange Mountain Music labels.

The Philip Glass Ensemble was founded by the composer in 1968 and originally consisted of seven members. Glass served as the group's music director in the early years. When Bob Pelson, one of the PGE's keyboardists, retired in 1974, Glass engaged Michael Riesman to replace him. Riesman, a talented composer, conductor, and pianist, was then appointed music director of the PGE in 1976 and still serves in that capacity. 1976 was also the year Glass wrote his first and now famous opera, Einstein on the Beach, for the ensemble. While Glass gained much-deserved attention for the work, so did his ensemble, not least because of its acclaimed 1979 recording of the work on Tomato Records (reissued on CBS Masterworks in 1984). After Einstein, Glass began expanding the instrumentation in his compositions, eventually composing symphonies, concertos, and other works for standard orchestra.

In the 1980s and beyond, the PGE continued playing Glass' early works, as well as later ones scored for their resources. Many later recordings were quite successful, for example, the CBS Masterworks recording of The Photographer and the 1998 film score Koyaanisqatsi, on Nonesuch. In the new century, the PGE has continued apace both in concert and on recordings. In 2018, the PGE joined the San Francisco Girls Chorus, under the artistic direction of PGE member Lisa Bielawa, for a performance of Music with Changing Parts at Carnegie Hall. This marked the first performance of the work by a women's chorus. Other recordings by the PGE include a 2010 set entitled A Retrospective, which features various works by Glass performed live in 2006 in Monterrey, Mexico; the celebratory album 50 Years of the Philip Glass Ensemble, in 2019; and the 2020 EP Music in Eight Parts, all found on the Orange Mountain Music label. ~ Robert Cummings, Rovi 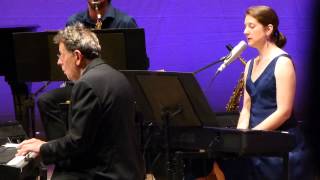 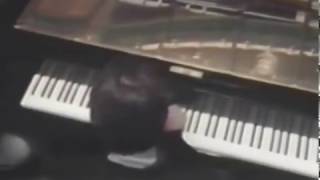 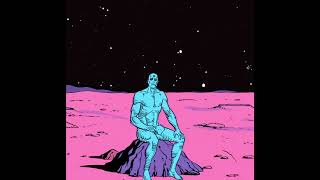 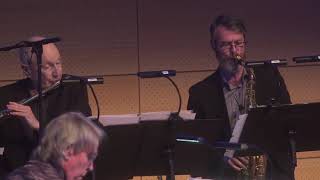 The Philip Glass Ensemble - Einstein on the Beach: Train/Spaceship 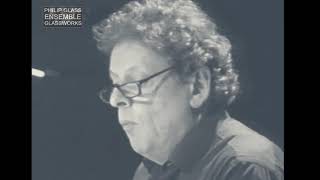 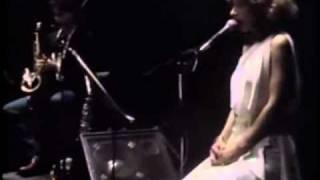 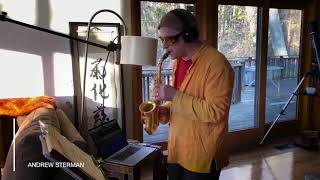