Close
Hamster Theatre
from Boulder, CO
formed January 1, 1993 (age 28)
Biography
The Boulder, Colorado-based Hamster Theatre were founded in 1993, emerging from the musical imagination of Dave Willey, an American accordionist/composer skilled in a wide variety of instruments who had lived for a time in Europe and found himself attracted to the music of Lars Hollmer, Nimal, and similar Rock in Opposition-related artists who blend elements of rock, European folk, avant-garde experimentation, and modern composition. Returning to the States, he recorded and released a solo cassette entitled Songs from the Hamster Theatre (reissued on CD by the Prolific label in 1995), and the Hamster Theatre saga was underway.

In 1993, like-minded multi-instrumentalist Jon Stubbs joined with Willey as co-leader of the new band named Hamster Theatre, formed to play Willey's compositions live. Hamster Theatre featured Willey primarily on keyboards, guitar, and melodeon and Stubbs on bass -- the group would find itself perennially challenged to find a bassist who would stick around very long -- with an array of additional musicians on keyboards, sax, flute, and drums. In addition to Willey and Stubbs, the first version of the band featured Deborah Perry (whom Willey had first met in 1985 and collaborated with in a Grateful Dead cover band) on keyboards, guitarist Steve Doyle, reedman/flutist Greg LaLiberte, drummer Josh Wright (the son of saxophonist Jack Wright), and percussionist Jay Trolinger; Hamster Theatre's second incarnation featured Willey (now on accordion and guitar), Stubbs (now playing trombone in addition to bass), Perry, LaLiberte, and drummer Mark McCoin (who also played in retro roots rock outfit the Denver Gentlemen, a band that also included Willey and Stubbs). Early versions of the Hamsters gigged around Colorado bars and coffeehouses, but aside from Willey and Stubbs, the first two lineups ultimately would not last. By 1996 Willey (as bassist) and Perry (as vocalist) had joined the Denver-based avant-prog band Thinking Plague, which also included guitarist Mike Johnson and reed player Mark Harris. That year Willey and Stubbs recruited Johnson and Harris to join a third live edition of Hamster Theatre along with newcomers Mike Fitzmaurice on bass and Raoul Rossiter on drums. This sextet lineup of Hamster Theatre recorded the live CD Siege on Hamburger City at Denver's Mercury Café in 1998.

The group next undertook its most ambitious project to date, the Carnival Detournement album released by the Cuneiform label in 2001. The album was recorded in Colorado with Willey and Stubbs on a multitude of instruments; support from other musicians past and present from the Hamsters' live groupings (Harris, Johnson, Fitzmaurice, Rossiter, LaLiberte, and McCoin); and additional contributions from guest artists. Thinking Plague co-founder Bob Drake mixed the album at his Studio Midi Pyrennes in France. Although on the Hamster Theatre website misgivings are expressed from Willey and Stubbs about their decision "to mess with Bob's master, significantly squashing the sonic palette he had created," Carnival Detournement was nonetheless released to considerable critical acclaim for its melodic, atmospheric, moody, and unpredictable blend of modern classical, avant rock, and European folk influences. (The misgivings of Willey and Stubbs were redressed by the 2009 Collectors Edition reissue of Carnival Detournement, which restored the recording to its Bob Drake-mastered form.)

In August of 2002, Hamster Theatre were invited to perform at Seattle's Progman Cometh festival held at that city's Moore Theatre -- the event featured a number of Canterbury scene headliners but by a number of accounts the Hamsters (i.e., version 3.0 but now featuring bassist Brian McDougall as a replacement for Fitzmaurice) nearly stole the show. For those unable to attend the festival, the band's performance was included on the second disc of the Public Execution of Mister Personality/Quasi Day Room two-CD set released by Cuneiform in May 2006. Mister Personality/Quasi Day Room also included a studio disc featuring new compositions mainly by Willey and Stubbs, some written for modern dance and multimedia performances. The live and studio discs were both mixed and mastered by Drake, and this time Willey and Stubbs engaged in no sonic squashing.

Meanwhile, bassists have continued to enter and exit through Hamster Theatre's revolving door. Between the Hamsters' Progman Cometh performance and the recording of the Mister Personality studio tracks, McDougall departed the band and was replaced by Matt Spencer. However, Spencer appears on only one piece on the CD, Mike Johnson's mini-opus Oye Comatose, and Willey handles the bass duties everywhere else. Since then, Spencer has departed the band (reportedly for California); he was at least momentarily replaced by yet another bassist, Eric Thorin, who handled the low notes during the Hamsters' appearance at North Carolina's ProgDay festival in September 2006. With the first decade of the 2000s coming to a close, Hamster Theatre remained an active unit, conjuring up beauty, magic, mystery, unpredictability, and manic energy and humor in occasional live performance, although without any new rodent recordings for their fans to take for a spin. Into the 21st century, the band's live shows featured yet another bassist, John Grigsby, known not only for his skill on the instrument but also for his rather astounding work in another artistic endeavor -- experimental animation using a variety of media, including the Etch A Sketch. ~ Dave Lynch, Rovi 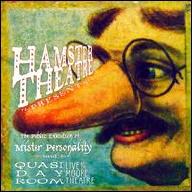 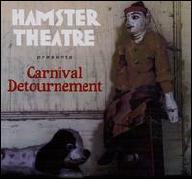 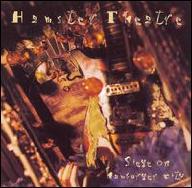 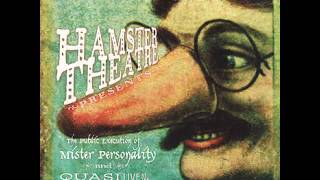 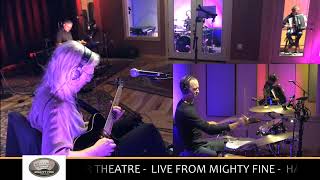 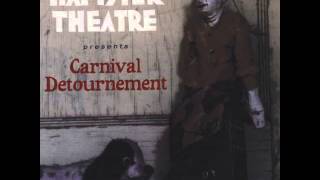 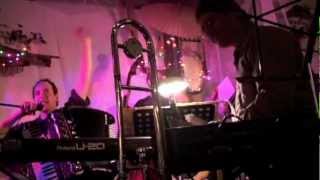 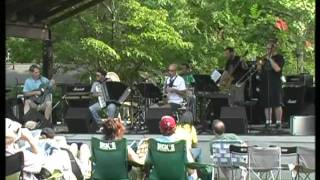 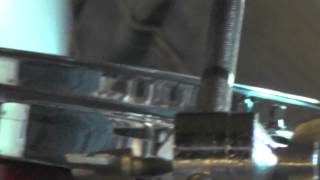 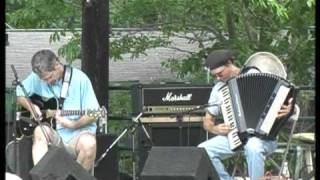