Close
Warren Haynes
from Asheville, NC
April 6, 1960 (age 61)
Biography
Warren Haynes is a generation-spanning guitar hero. He wasn't out of grade school when some of his best-known collaborators were at the peak of their fame, but he's earned a powerful reputation for his fiery guitar work steeped in blues and Southern rock traditions, and he's distinguished himself as a songwriter, bandleader, and solo artist as well as a gifted sideman. Haynes was born in Asheville, North Carolina on April 9, 1960 and developed a taste for soul and R&B at an early age after listening to his older brothers' Otis Redding, Wilson Pickett, and Smokey Robinson LPs. Haynes would spend hours singing along with their records. When he was 12, he got his first guitar, and by 14 he was playing parties and sitting in with the house band at a local pizza parlor. He became a serious Eric Clapton fan, and studying his work led him deeper into the classic blues sounds that had influenced the British guitar hero.

After short stays in a number of local bands during his teens, Haynes landed a gig with a group called Ricochet and began playing North Carolina clubs on a regular basis. One evening, Mickey Hayes, who played bass for outlaw country star David Allan Coe, caught Ricochet and was impressed with the band's lead guitarist, and when Coe's guitarist dropped out of the group shortly afterward, Hayes recommended Haynes for the gig. Haynes played with Coe from 1980 to 1984, touring frequently and appearing on three of Coe's albums, before Haynes moved on to a band of his own, Rich Hippies, with Hayes on bass.

After a short spell with blues journeymen the Nighthawks, in 1988 Haynes was invited to join the band of former Allman Brothers guitarist Dickey Betts, who had met Haynes through their mutual friend Coe; Haynes appeared on Betts' album Pattern Disruptive. In 1989, Betts and Gregg Allman re-formed the Allman Brothers Band, and Haynes was brought aboard to join Betts in the band's twin-guitar team. Haynes spent eight years touring and recording with the Allman Brothers, and in 1991 formed the first edition of the Warren Haynes Band to play gigs during his time off from the Allmans; in 1993, Haynes also cut his first solo album, Tales of Ordinary Madness, which was produced by Chuck Leavell. He had also been working on his songwriting, which brought him a solid payday in 1990 when Garth Brooks had a hit single with a tune Haynes co-wrote, "Two of a Kind, Working on a Full House."

In 1994, he broke up the Warren Haynes Band and formed Gov't Mule, a power trio featuring Allman Brothers bassist Allen Woody and drummer Matt Abts; they released their self-titled debut album in 1995. In 1997, Haynes left the Allman Brothers to make Gov't Mule his first priority, but the trio was sidelined in 2000 by the death of Woody, and Haynes soon rejoined the Allman Brothers Band. For a while, he and Abts kept Gov't Mule going as a two-piece, playing acoustic shows in duo format and recording a pair of albums, 2001's The Deep End, Vol. 1 and 2002's The Deep End, Vol. 2, in which a variety of well-known bassists and guest artists sat in with the pair. In 2003, Gov't Mule once again had a steady lineup as bassist Andy Hess and keyboardist Danny Louis joined the group.

Meanwhile, in between dates with the Allmans and Gov't Mule, Haynes had been playing with Grateful Dead bassist Phil Lesh in his solo group Phil Lesh Friends, and in 2004, when the surviving members of the Grateful Dead began touring as the Dead, Haynes was recruited to play guitar on their first road trip; he was brought back for the Dead's 2009 tour. He also re-formed the Warren Haynes Band for various one-off shows, and Gov't Mule continued with bassist Jorgen Carlsson after Andy Hess left the group. During his downtime from the Allman Brothers and Gov't Mule, Haynes kept busy playing on-stage and in the studio with a remarkable variety of artists, from Blues Traveler and Dave Matthews to Son Seals and John Mayall (and even guesting on a Corrosion of Conformity session). In 2011, he looked back at his roots in Southern soul with his album Man in Motion, recorded for the reactivated Stax label and featuring accompaniment from Ian McLagan, Ivan Neville, and George Porter, Jr. This was followed by a triple-disc (two-CD-plus-DVD) Live at the Moody Theater in 2012.

Haynes continued to tour and host his Christmas Jam, and he guested on records by James Cotton, the Howlin' Brothers, and the Lee Boys. He also remained a member of the Allman Brothers Band through their final show at the Beacon Theater in October 2014. His Evil Teen label released several archival recordings by Gov't Mule in early 2015. Later in the year, he issued his next proper studio recording, Ashes Dust, an Americana date. He selected New Jersey newgrass outfit Railroad Earth as his backing band for the session. The album also featured a duet with Grace Potter on a cover of Fleetwood Mac's "Gold Dust Woman."

Haynes returned to Gov't Mule after Ashes Dust. The band released a bunch of live albums in the mid-2010s, followed by the 2016 appearance of The Tel-Star Sessions, an archival release of the group's first demo from 1994. Revolution Come … Revolution Go, their first studio set since, arrived in 2017. ~ Mark Deming, Rovi 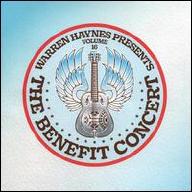 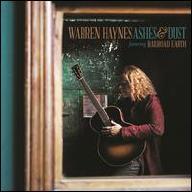 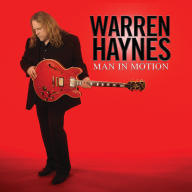 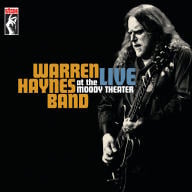 Live at the Moody Theater
2012 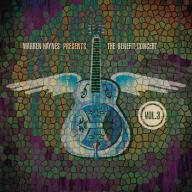 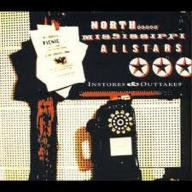 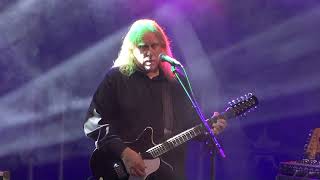 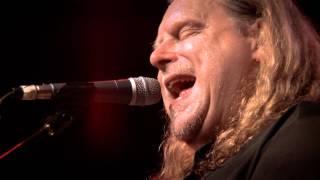 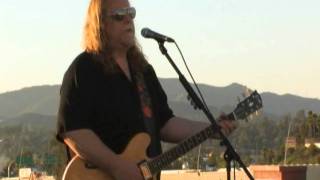 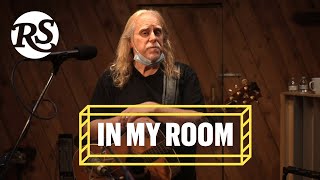 Warren Haynes Performs 'Soulshine' and 'Dark Was the Night, Cold Was the Ground' | In My Room 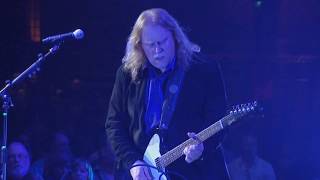 Warren Haynes - That Smell (Lynyrd Skynyrd - One More For The Fans) 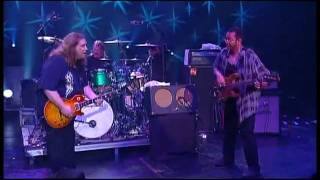 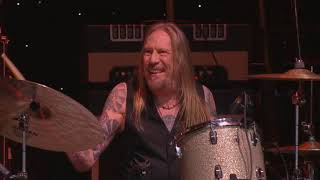