Close
Dickey Betts
from Jacksonville, FL
December 12, 1943 (age 77)
Biography
Calling Dickey Betts the second guitarist in the Allman Brothers Band -- right-hand man to Duane Allman and sparring partner with Warren Haynes in the group's latter-day revival -- does him a disservice. Following Duane's death, Betts became co-captain with Gregg Allman, leading the group through ups and downs over the decades, all the while establishing the Allman Brothers Band as the preeminent Southern rock outfit. Betts also led Great Southern and the Dickey Betts Band during hiatuses from the Allmans.

Born Richard Betts in West Palm Beach, Florida on December 12, 1945, Betts was raised in Bradenton, Florida. He began playing music at an early age, picking up ukulele when he was five and graduating to guitar by the time he was a teenager. By that point he'd expanded upon his country roots by playing rock & roll in a number of combos in Florida. In 1967, he and bassist Berry Oakley formed the Second Coming, a connection that would later lead him to the Allman Brothers Band.

Following the Second Coming's split, Oakley began jamming with Duane Allman in the nascent Allman Brothers Band in 1969. Soon, Betts was asked to join the group, becoming its sixth member, and the band relocated to Macon, Georgia, the headquarters of Phil Walden's Capricorn Records. The Allmans cut their debut in August of 1969 and it hit the stores in November, kicking off a hectic three years that helped establish the band as a major force in American music. Idlewild South, released in September 1970, peaked at 39 on the Billboard charts and contained Betts' original "In Memory of Elizabeth Reed," but the real breakthrough was 1971's double live album At Fillmore East, which went to 13 after its July release. Tragically, Duane Allman died in a motorcycle crash on October 29, leaving the band without one of its namesake leaders.

The Allman Brothers Band didn't replace Duane Allman. They carried on with Dickey Betts as the lone guitarist -- Duane could be heard on 1972's Eat a Peach, which also contained a Betts classic in "Blue Sky" -- and he came to the forefront on 1973's Brothers and Sisters, which contained the band's biggest hit, the Betts original "Ramblin' Man." The Allmans turned out two more albums -- 1975's Win, Lose or Draw and the 1976 live set Wipe the Windows, Check the Oil, Dollar Gas -- before splitting under the pressure of much internal tension.

During the peak of the Allmans, Betts released the solo album Highway Call in 1974, but once the band split he went on to form Great Southern. The group released two albums -- 1977's Dickey Betts Great Southern and 1978's Atlanta's Burning Down -- before breaking up. Betts turned his attention to a reunited Allman Brothers Band, who soldiered through three albums -- 1979's Top Ten hit Enlightened Rogues, 1980's Reach for the Sky, and 1981's Brothers of the Road -- before they once again split. Following the unreleased solo record Night in 1982, Betts formed the Dickey Betts Band, who released Pattern Disruptive in 1988.

In 1989, the Allman Brothers Band celebrated their 20th anniversary by releasing the Dreams box set and reuniting for a tour. Things went well enough for the band to record a new album with producer Tom Dowd. Seven Turns came out in 1990, inaugurating a long, stable third act for the Allmans. Betts was there through a good portion of this phase, staying with the group until 2000, when Gregg Allman, Butch Trucks, and Jaimoe -- the three other surviving original members -- suspended Betts from the group. The guitarist filed a lawsuit and revived the Dickey Betts Band, who released Let's Get Together in 2001, and then Great Southern, who released The Collectors #1 the following year. Betts continued to play live with Great Southern during the 2000s, but he took an extended break in the 2010s. He returned with the Dickey Betts Band in 2018, playing a series of shows beginning with the Peach Music Festival in Scranton, Pennsylvania. The Dickey Betts Band's Live from the Lone Star Roadhouse was issued in 2018, followed the next year by another concert album, Ramblin' Man: Live at the St. George Theatre. ~ Stephen Thomas Erlewine, Rovi 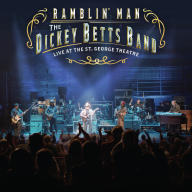 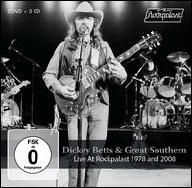 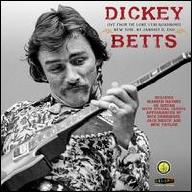 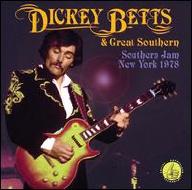 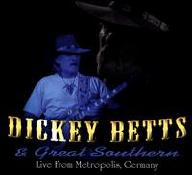 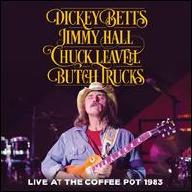 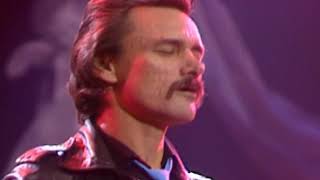 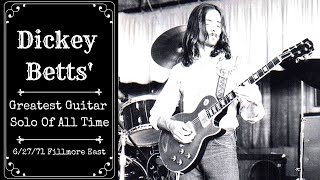 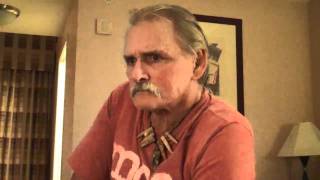 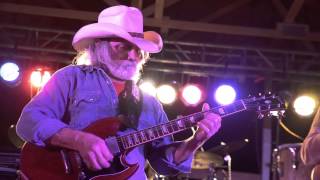 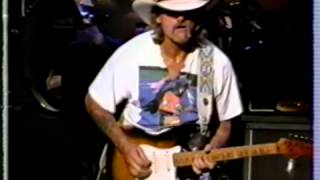 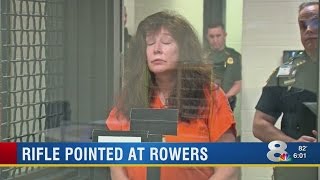 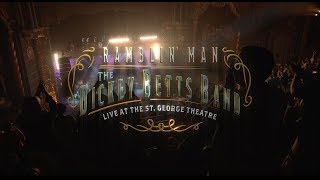