Close
Billy Stritch
from Sugar Land, TX
February 12, 1962 (age 59)
Biography
An acclaimed jazz composer, vocalist, and pianist, Billy Stritch is known for his wry interpretations of the Great American Songbook. Following his initial rise as member of the vocal trio Montgomery, Plant Stritch, he gained widespread fame for his work alongside Liza Minnelli, acting as her arranger and musical director for over 20 years. Stritch has released his own sophisticated albums, including 1991's Billy Stritch, 2000's Jazz Live, and 2007's Billy Stritch Sings Mel Torme. He is co-writer of Reba McEntire's 1993 Grammy-winning song "Does He Love You?," and has also collaborated on projects with Christine Ebersole, Linda Lavin, Benny Carter, Tony Bennett, Klea Blackhurst, and others.

Born in 1962 in Sugar Land, Texas, Stritch started out playing piano in church at age 12. He discovered jazz and began studying the music of pianists like Oscar Peterson and George Shearing. A prodigy, he quickly nabbed a weekly gig at a local country club fielding requests from the crowd. He spent hours learning jazz standards and eventually began singing, drawing upon the work of his idols, including Mel Torme, Ella Fitzgerald, Mark Murphy, and Carmen McRae. Along the way, his sister also introduced him to the contemporary pop of artists like Billy Joel and Elton John, whose songs he also began weaving into his sets.

After high school, he studied theater at the University of Houston. It was there that he teamed with singers Sharon Montgomery and Rebecca Plant to form the jazz vocal group Montgomery, Plant Stritch. For much of the late '80s the trio toured, playing supper clubs and festivals, including a high-profile show with Mel Torme at Carnegie Hall as part of the JVC Jazz Festival.

Following the group's break-up, Stritch relocated to New York City where he found work in cabaret and piano bars. It was at one of these shows that he befriended legendary performer Liza Minnelli. She hired him to arrange music for her 1991 show Live from Radio City Music Hall. This led to an over-20-year association with Minnelli, during which time he toured the globe, acted as producer, pianist, and arranger for her Grammy-nominated 1996 album Gently, and co-arranged her Minnelli on Minnelli concert at the Palace Theater in New York City.

Away from Minnelli, he garnered acclaim for his work with other artists, including co-penning (with Sandy Knox) the 1993 Grammy-winning Reba McEntire and Linda Davis song "Does He Love You?" There were also recordings with saxophonist Benny Carter, Lucie Arnaz, Marcia Lewis, and Frankie Laine. In 1991, he released his debut solo album, Billy Stritch, interpreting standards in a trio with bassist Chip Jackson and drummer Terry Clarke. The orchestral production Waters of March followed in 1997 and found Stritch playing bossa nova and Brazilian classics by Antonio Carlos Jobim, Marcos Valle, Dori Caymmi, and others.

In 2000, Stritch released his third full-length album, Jazz Live, which he recorded at The Jazz Standard in New York City with bassist John Arbo and drummer Dave Ratajczak. A year later, he was cast in the role of Oscar in the Broadway revival of 42nd Street, performing alongside singer/actress Christine Ebersole. A friendship developed, and the duo began performing a nightclub act. In 2004, they detailed their partnership on the album In Your Dreams. They also paired for the 2008 concert album Sunday in New York.

In 2007, Stritch paid homage to his vocal idol with Billy Stritch Sings Mel Torme. He then joined singer Klea Blackhurst for 2008's Dreaming of a Song: The Music of Hoagy Carmichael. In 2010, he appeared with Minnelli in Sex and the City 2 and then joined her later that year for her standards album Confessions. He then collaborated with her sister Linda Lavin on 2011's Possibilities. As a pianist, he performed on singer Tony Bennett's 2016 birthday concert album Tony Bennett Celebrates 90. He also played on and produced Ernie Haase Signature Sounds' 2019 holiday album A Jazzy Little Christmas. ~ Matt Collar, Rovi 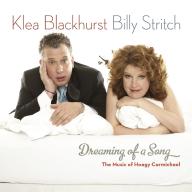 Dreaming Of A Song: The Music of Hoagy Carmichael
2008 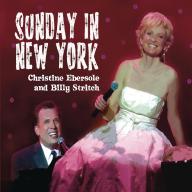 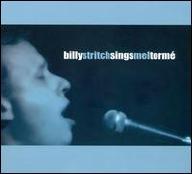 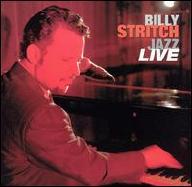 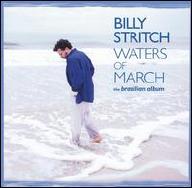 Waters of March: The Brazilian Album
1997 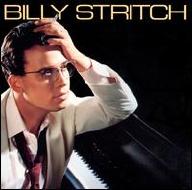 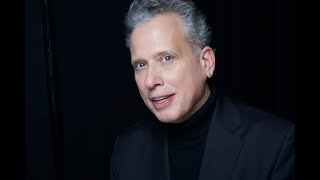 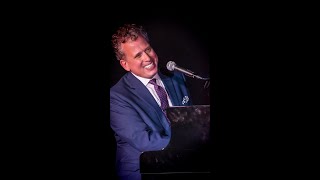 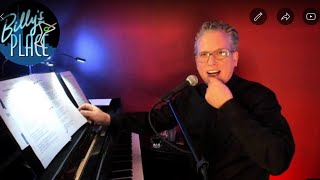 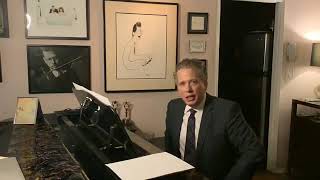 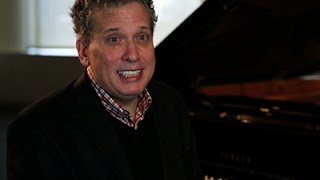 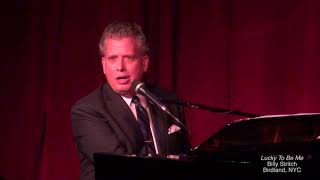 Billy Stritch - Lucky To Be Me - Birdland, NYC 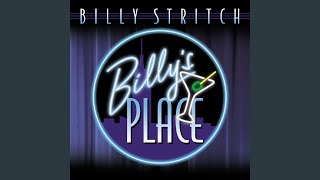