Close
Marcos Valle
from Rio De Janeiro, Brazil
September 14, 1943 (age 78)
Biography
Marcos Valle is the Renaissance man of Brazilian pop, a singer/songwriter/producer who has straddled the country's music world from the early days of the bossa nova craze well into the fusion-soaked sound of '80s MPB and into the 21st century. Though his reputation in America has never quite equaled that of contemporaries such as Caetano Veloso, Milton Nascimento, Gilberto Gil, or Tom Zé, Valle is one of the most important and popular performers in the history of Brazilian pop. His second album, 1965's O Compositor e o Cantor, is widely considered among the era's most important. Its hit single, "Samba de Verão," is one of the most covered songs in Brazilian music history. Samba '68 made Valle popular on the American scene. Compiled of English versions of his earlier hits and new material, its samba and bossa tunes were delivered with purposefully Americanized sound. His experimental Brazilian pop albums of the early '70s -- including Marcos Valle, Garra, Vento Sul, and Previsao do Tempo -- brought bossa nova into a post-jazz context and annexed it with Baroque pop, sophisticated soul, and psychedelic rock. Valle's 1981 set, Vontade de Rever Voce, largely written with Leon Ware and Peter Cetera, offered an excellent example of boogie-funk samba. After an extended decade-plus break from recording from the mid-'80s to the late '90s, Valle emerged with Nova Bossa Nova, updating Brazil's most influential export in the 21st century. 2001's Escape marked the beginning of a longterm relationship with London's Far Out label. 2006's pop fusion Jet Samba re-created the production environment of Valle's '70s highly regarded funky samba outings. In 2013, he and British jazz vocalist Stacey Kent released Ao Vivo, a live bossa offering. Valle returned to Brazilian funk and disco for Sempre in 2019, his first studio outing in six years.

Born in Rio de Janeiro in 1943, Valle studied classical music as a child but listened to many different types of music, especially jazz. He began writing songs with his brother Paulo Sérgio -- Marcos was the tune writer, Paulo the lyricist -- in the early '60s, and after Tamba Trio had a hit with his "Sonho de Maria," Valle was named Brazil's Leading Composer of the Year at the age of 19. A recording contract soon followed, and in 1964 he released his first album, Samba Demais, for EMI Brazil. A tour with Sergio Mendes Brasil '65 the following year brought his first show business connections in America (via Merv Griffin), and in 1966, Walter Wanderley took Valle's song "So Nice (Summer Samba)" into the U.S. Top 40. Valle soon earned his own American contract, and in 1967, Warner Bros. released the instrumentals album Braziliance! One year later, his Verve debut, Samba '68, became a Brazilian classic thanks to simple, infectious pop songs like "Batucada," "Chup, Chup, I Got Away," and "Crickets Sing for Anamaria" (all of which featured spot-on harmony vocals by his wife, Anamaria).

Despite the incredible promise revealed by Samba '68, it was his last American album to date. That same year, the Brazilian-only Viola Enluarada became a big hit in South America, thanks in part to the title track (with vocals by a young Milton Nascimento). The rock & roll era that had already influenced tropicalistas like Os Mutantes, Caetano Veloso, and Gilberto Gil soon began inspiring Valle as well. With albums like the irresistible 1971 classic Garra, he moved away from native Brazilian forms like the bossa nova and samba and into a rock-influenced sound that played up groove-heavy bass and smooth funk even while courting his amazing melodic sense. He continued recording for EMI until he moved to America in 1975. There, he wrote and arranged tracks for Eumir Deodato, Airto Moreira, and Chicago. He continued to record solo albums during the early '80s, adding electronics and smooth production techniques to the mix with surprisingly solid results, but also moved into writing music (often with Paulo) for films and novelas, including the theme to Brazil's version of Sesame Street.

During the late '80s, the rare-groove craze centered in London resurrected and relentlessly compiled dozens of crucial, overlooked tracks from the '60s and '70s, including Valle's "Crickets Sing for Anamaria." In 1995, the British label Mr. Bongo released a two-volume series (The Essential Marcos Valle) dedicated to his work. One year later, Valle appeared on the jam session compilation Friends from Rio, and in 1998 returned with a new album, Nova Bossa Nova. That same year, the Lumiar label released The Marcos Valle Songbook, Vol. 1 and Vol. 2, including new versions of Valle standards by Gal Costa, Caetano Veloso, Maria Bethania, Edu Lobo, Joyce, Chico Buarque, Joao Bosco, and Azymuth, among others. The new millennium heralded another studio album, Escape, as well as prescient Japanese reissues from his late-'60s/early-'70s peak. Additional albums followed during the 2000s, including Contrasts (2003) and Jet Samba (2005), as well as the live Conecta ao Vivo No Cinematheque (2008). He entered the new decade with the studio album, Escape on Far Out. In 2013, Valle commemorated his 50th anniversary in music with Ao Vivo, a live collaboration with British vocalist Stacey Kent. Five years later, Valle collaborated with old friends Dori Caymmi and Edu Lobo on Edu Dori Marcos for the Biscoito Fino label. In 2018 Far Out remastered and reissued Nova Bossa Nova in a 20th anniversary edition. In June of 2019 at age 76, Valle released Sempre for Far Out. Its sound was a retro mix of boogie, disco, cosmic samba, and smooth jazz-funk grafted onto socially conscious lyrics that recalled the lyric style of his progressive early-'70s recordings. Guests on the date included Azymuth's bassist Alex Malheiros, trumpeter Jesse Sadoc, and percussionist Armando Marcal.

Valle returned to the studio almost immediately and released Cinzento in March of 2020 for Deck in Brazil and Light in the Attic in the U.S. It featured collaborations with Moreno Veloso ("Redescobrir"), Bem Gil ("Protect Yourself"), Kassin ("Distant Places"), Zélia Duncan ("Rastros Raros"), Domênico Lancelotti ("Pelo Sim, Pelo Não"), and rapper Emicid on the title track. Also appearing that spring, this time from English label Far Out, was a 2020 reissue of Valle's 1972 soundtrack Fly Cruzeiro, wherein he was backed by Brazilian jazz-funk fusion trio Azymuth (who took their name from one of his songs) in a set that mixed bossa, samba, synth-driven funk, and jazz fusion.

A year earlier, Valle and his wife, singer Patricia Alvi, traveled to Los Angeles to work with Adrian Younge and Ali Shaheed Muhammad for their Jazz Is Dead label project. Though Valle had lived and worked there decades earlier, he had never recorded his own music. Using his catalog as a production guide, collaborators encouraged an album of new songs that crisscrossed his career-long obsessions with samba, bossa, MPB, and psychedelic funk. Valle arrived with a briefcase full of original material; he composed even more on the spot in the recording studio. Using vintage instruments and keyboards, the sessions plotted a 21st century hearing of Valle's musical evolution. It included a duet with Alvi on the breezy "Viajando por Aí." In keeping with the Jazz Is Dead label's cataloging aesthetic, the set was titled Marcos Valle JID 003, and issued in August of 2020. ~ John Bush, Rovi 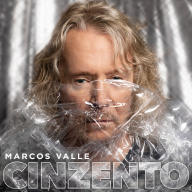 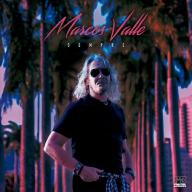 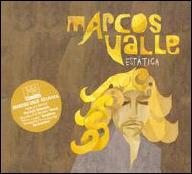 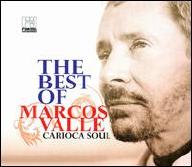 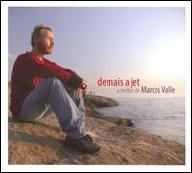 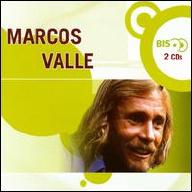 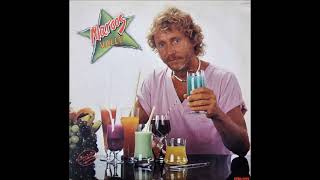 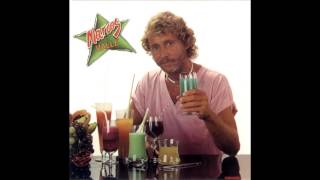 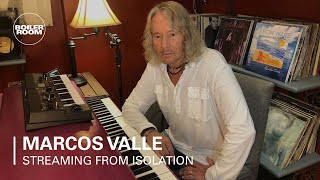 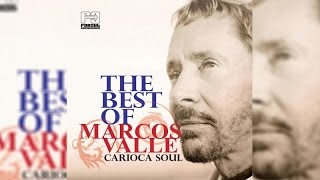 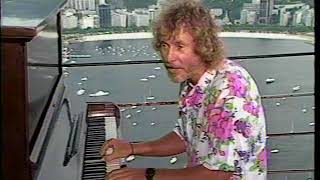 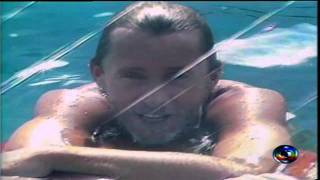 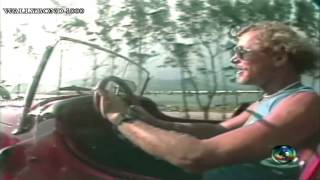