Close
Ryo Kawasaki
from Tokyo, Japan
February 25, 1947 - April 13, 2020 (age 73)
Biography
Ryo Kawasaki was a pioneering, award-winning jazz guitarist who is also well-known as a software engineer and inventor. As a musician, he was instrumental in the musical development and global spread of jazz-rock fusion. On the technical side, he collaborated with the Korg and Roland companies to create the guitar synthesizer. His album Ryo Kawasaki the Golden Dragon Live was among the first wave of all-digital recordings. He also created the early Kawasaki Synthesizer for the Commodore 64. Kawasaki delivered the jazz fusion classics Juice and Eight Mile Road in 1976, as well as the contemporary jazz-funk Prism in 2001. While his second vocation of developing music-based software and hardware took much of his time during the early 21st century, he still found time to record and play live, particularly after relocating to Estonia from New York City in 2000. His standout solo guitar date, Spain, issued in 2012, showcased a more intimate side of his abilities, while he also mentored and collaborated with younger Estonian players in many musical disciplines.

Kawasaki was born in Koenji, Tokyo, the son of a diplomat and a multi-lingual mother. She encouraged him to participate in music from the age of three and it was instrumental, but not in the manner she'd intended. While she wanted him to study the piano and ballet, he took voice and solfege lessons at age four; he began playing the violin at five, and was able to read music before entering elementary school. At 10 he bought a ukulele, and at 14 he received his first guitar. The album Midnight Blue, by Kenny Burrell and Stanley Turrentine, was central to Kawasaki's studying jazz. Just two years later, he formed his own working group that played local bars and strip joints. During this period, he also built an electronic organ that served as a primitive synthesizer. He earned a degree in quantum physics from Nippon University. After school, while he continued to develop his playing, he was employed by Japanese Victor Records as a sound engineer.

In 1969, at the age of 22, he recorded his first album, Easy Listening Jazz Guitar, for Polydor. While it garnered interest in the jazz community -- he won third place in a Japanese jazz poll in 1970 -- he worked mainly as a studio musician, arranging and playing on everything from pop and rock singles to radio and television commercials. His second album, 1972's Guts the Guitar, was acclaimed for its forward-thinking fusion direction. The same year, he participated in the historic Jam in Yokota with fellow jazz rockers Ushio Sakai, Tetsuo Fushimi, Takeru Muraoka, and Hidehiko Matsumoto.

Kawasaki moved to New York City in 1973, where his musical life seemed to magically unfold. A friend who picked him up at the airport helped him find a gig immediately as Joe Lee Wilson's guitarist for the Newport Jazz Festival. There he met Bobbi Humphrey and joined her band for a time. Coming home one afternoon, he found Gil Evans on his doorstep. The arranger asked the guitarist to join the Gil Evans Orchestra. It is Kawasaki on the album The Gil Evans Orchestra Plays the Music of Jimi Hendrix -- an album conceived by the arranger/composer with the late rock guitarist. Kawasaki also played on Evans' There Comes a Time. In 1975, he joined drummer Chico Hamilton's band for an American tour. He was one of the first Japanese jazzmen signed to a U.S. label and in 1976, he issued his groundbreaking debut Juice for RCA. He followed with two more albums that year: Prism and Eight Mile Road (the latter titled for the thoroughfare that separates Detroit from its suburbs) for Japan's East Wind label. In the aftermath, Kawasaki joined Elvin Jones' band for a 14-month tour of North and South America and Europe. During breaks from that long road trip, he managed to release Ring Toss in 1977 for the Chairoscuro label. In 1978, Kawasaki collaborated with pianist Joanne Brackeen on the duo date Trinkets and Things. His next date, 1979's big-band Mirror of My Mind, was the first of three for Open Sky; it included the title track from the earlier album and featured sidemen appearances by Harvey Mason and Leon Pendarvis. Little Tree and Live with Golden Dragon followed in 1980. The following year he cut Ryo for Philips, a solo album played on acoustic and nylon-string guitars, and guitar synthesizers. Its side-long reading of "Concierto de Aranjuez" was arranged and supervised by Evans. Lucky Lady, another guitar/guitar synth set, followed in 1983. 1987's Images was a completely solo collection of Kawasaki's own compositions, save for his reading of Ravel's "Quartet." He also composed the soundtrack for the documentary Pleasure Garden. The guitarist all but abandoned playing jazz between 1986 and 1990. Instead, he formed Satellites Records and recorded and produced a series of 12'' dance singles.

In 1991, he was signed -- as both an artist and producer -- to Japan's One Voice label. His official return to jazz was marked by the solo acoustic guitar date Here, There and Everywhere that year, followed by My Reverie using the same format. 1994's Love Within the Universe marked his return to electric fusion, and was applied to 1996's Sweet Life as well. Kawasaki spent his time touring, composing, and producing for other artists over the next several years, returning with the live-in-studio album Reval, recorded in Tallin, Estonia with Estonian musicians. It was the mid-point between 2000 and 2002 during which he served as composer, music director, and guitarist for the jazz ballet Still Point, staged at the Estonian National Opera House. E, his third solo acoustic date, appeared in 2002.

In 2005, Kawasaki formed Art of Trio with American drummer Brian Melvin and Estonian bassist Toivo Unt; they toured Europe with Estonian vocalist Jaanika Ventsel. The guitarist then recorded a pair of duo albums with Japanese bassist Yoshio Chin Suzuki in 2007 and 2009, entitled Agana and Late Night Willie, respectively. Beginning in 2009, Kawasaki spent much of the next two years working in Lebanon with various musicians. A concert document entitled Live in Beirut, with Lebanese organist Arthur Satyan and drummer Fouad Afra, was released in 2011. A year later his fourth solo acoustic album, Spain, was issued.

Kawasaki returned to Estonia in 2014 and began assembling a new jazz fusion band he called Level 8, inspired by some of that nation's younger players -- it was his first look back at the collective band fusion years of Golden Dragon since the early '80s. The band's debut album, the eponymous Level 8, arrived in 2017. The guitarist also found himself the subject of several retrospective releases by the U.K. indie label Nunorthern Soul, including 2016's Selected Works 1979 to 1983 EP, and 2017's Selected Works, Pt. 2: 1976 to 1980 and Jazz Ballet Still Point + Coltrane Medley. Ryo Kawasaki died in Tallinn, Estonia on April 13, 2020. He was 73 years old. ~ Thom Jurek, Rovi 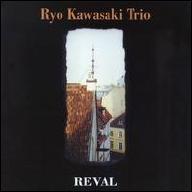 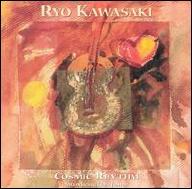 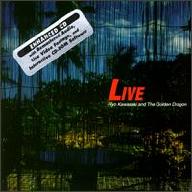 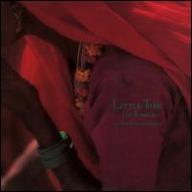 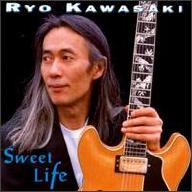 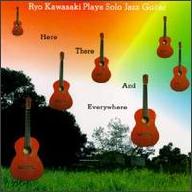 Here There and Everywhere
2011
Videos
Close 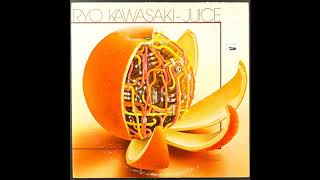 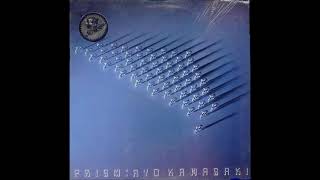 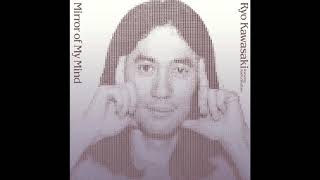 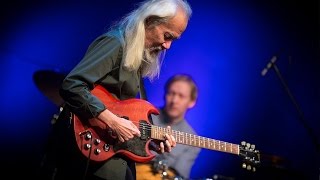 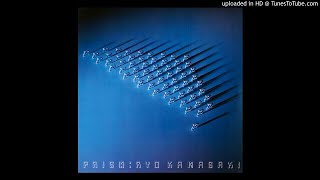 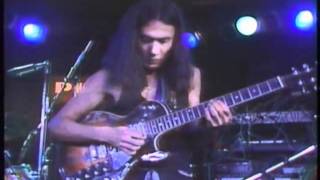 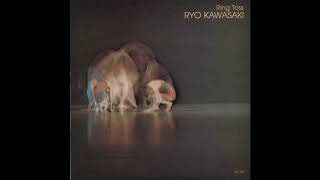