Close
Ginger Baker's Air Force
formed January 1, 1969 - January 1, 1971 (age 2)
Biography
On a purely musical level, Ginger Baker's Air Force was arguably the pinnacle of the legendary drummer's achievements of the 1960s. Even allowing for the many and varied virtues of the Graham Bond Organisation, Cream, and Blind Faith, they didn't approach the breadth or ambition that characterized the Air Force sound. Sadly, despite their prodigious musical attributes, Ginger Baker's Air Force are mostly remembered in the music business as one of the great non-starters among the heavily press-hyped supergroups of the late '60s and early '70s. Air Force essentially grew out of Ginger Baker's six-month stint with Blind Faith, a supergroup that collapsed after generating one album and finishing one tour. Baker's ex-Cream bandmate Eric Clapton abandoned that venture in favor of the vastly different (yet more rewarding) musical styles of Delaney Bonnie, but Baker persuaded Steve Winwood and Rick Grech, the other members of the band, to stay on with him. Baker planned to put together a new band that would explore music on a new scale, and in new directions than Blind Faith or Cream. The projected band, christened Air Force, would embrace jazz, R&B, blues, folk, and African music.

Baker's old bandmate Graham Bond came aboard on saxophone, joined by legendary jazz drummer Phil Seaman, whom Baker regarded as a mentor and inspiration, along with Traffic's Chris Wood, and Harold McNair, both on sax and flute. As a guitarist and singer, the new group featured Denny Laine, the former lead singer and guitarist of the original Moody Blues. Singer Jeanette Jacobs and African percussionist Remi Kabaka were also in the lineup that played two extraordinary gigs at Birmingham's Town Hall and London's Royal Albert Hall at the end of 1969. Baker's initial plan hadn't extended beyond the two shows, but the first one was so successful musically and critically that he began laying bigger plans, including the recording of the Royal Albert Hall show and keeping the band going. By January of 1970, events were starting to break both inside and outside of the band that would have a profound effect on its future. The reviews from Birmingham were so good that the Royal Albert Hall show turned into one of those press events that became the talk of the entire music trade in England and, by extension, America. The fact that the show had been recorded made it even better -- there was proof on hand that the press enthusiasm was justified. The recordings were extraordinary, with the Air Force thundering along amid blazing sax, organ, guitar, and bass virtuosity, fiery solos, and extended jams that, for a change, actually went somewhere, while three percussionists were busy all the way through playing several layers of rhythm. At its best -- and the Royal Albert Hall tapes were their best -- the Air Force's music was like this wonderful, huge array of Chinese boxes, each opening to reveal a smaller but more beautifully ornate box inside.

The live album Ginger Baker's Air Force was issued by Polydor in Europe and Atlantic Records in America. In keeping with the excesses of the times, Ginger Baker's Air Force was a double LP, an extraordinary debut for a band that had yet to play a regularly scheduled concert. Devised with artwork that seemingly reversed the design of the Cream Wheels of Fire double set, and released amid extraordinary press fanfare, the live album reached number 33 in America and 37 in England, a long way from Cream or Blind Faith's chart-scaling days, but not bad (or, at least, it wouldn't have been if Atlantic, in particular, hadn't pressed hundreds of thousands of copies more than would ever be needed, which turned Ginger Baker's Air Force into a perennial bargain-bin cutout in America) for a group that had only played two gigs. Those were the days of supergroups and all-star jams, all of them heavily advertised and discussed in the rock press, and Air Force, in contrast to a lot of their rivals, delivered the goods.

The biggest problem facing the group, however, was that three key members, Steve Winwood, Rick Grech, and Chris Wood, left -- as Baker knew they had to -- in early 1970. Graham Bond took over on organ and vocals for Air Force, and new members Steve Gregory and Bud Beadle joined on saxes, while Colin Gibson took over on bass. Neemoi Acquaye came in on African percussion, and Catherine James, Aliki Ashman, and Diane Stewart sang. It was Baker's plan to be an old-style bandleader in the traditional sense, opening up Air Force to experimentation by the bandmembers while he hung back, concerning himself as much as possible with the drums. He hoped to play a role akin that which Count Basie or Duke Ellington did in their respective bands, with his members. The problem was that keeping an 11-piece group going was a difficult and expensive proposition under the best of circumstances, and without a hit single or a hugely successful album to their credit, it proved impossible for Baker and Air Force. In addition, bands like Basie's supported themselves by getting lots of outside work, supporting singers on record and in concert, even touring as part of rock & roll shows in Basie's case in the late '50s, to keep the money coming in around their less lucrative gigs; that was clearly not a role that Air Force were ever going to play. And Ellington had income from his huge and vastly successful songwriting catalog to guarantee him the money needed to sustain the band during the lean times, if there were any. Baker, by contrast, had only a tiny smattering of songs to his credit, none of them very successful on their own terms except to the degree that the Cream and Blind Faith catalogs kept selling. And then there was the American tour.

The assumption, based on the media blitz out of England, was the Ginger Baker's Air Force would be another Blind Faith, an arena act whose tickets would disappear as fast as they were put on sale. In point of fact, the new group was two or three times more complex musically than Blind Faith and a lot more surprising. Without Eric Clapton or Steve Winwood in the lineup with Baker, however, and without a single that clicked as a popular track on the radio, it was discovered that Air Force were a phenomenon that many potential ticket-buyers could pass up. The tour was in trouble from the start, and it got worse as advance ticket sales to vast halls were far below what anyone anticipated. The whole thing collapsed just about the time that the group was completing its second and final album. By the end of 1970, after a short tour and a very short spurt of press interest in Air Force 2 -- which had some rewarding moments, but was really little like the first album -- the second album disappeared without a trace, as did the Air Force. Baker went on to a career as a solo artist, starting with Stratavarious the following year, which featured a far smaller band and steeped in African rhythms, while Laine joined Paul McCartney's new group Wings and, after a rough start for the group, did a decade of arena shows and became a household name. Ginger Baker's Air Force lingered in the memory for one great album and one decent album, but also as a classic non-event. Their final indignity came in 1972 when National Lampoon released their comedy album Radio Dinner, one highlight being a commercial for "Greatest Hits of the '60s," with (supposedly) Bob Dylan as the announcer hawking it and Blind Faith and Ginger Baker's Air Force as two of the specific groups mentioned on the K-Tel-type record. In the late '80s, Polygram reissued the live album on CD, and that record, Air Force 2, along with Stratavarious, were later pressed as a double-CD entitled Do What You Like. Ginger Baker died on October 6, 2019 at the age of 80. ~ Bruce Eder, Rovi 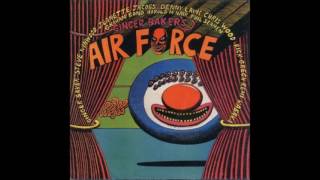 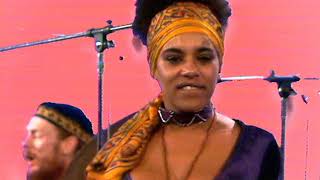 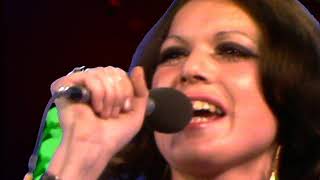 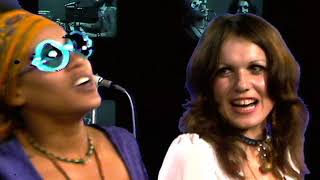 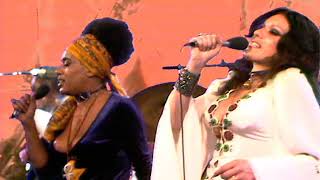 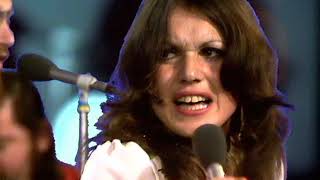 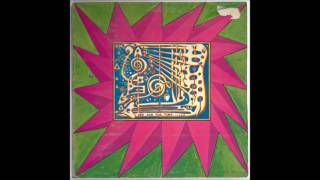