Close
Steve Winwood
from Birmingham, England
May 12, 1948 (age 73)
Biography
As a solo artist, Steve Winwood is primarily associated with the highly polished blue-eyed soul-pop that made him a star in the '80s. Yet his turn as a slick, upscale mainstay of adult contemporary radio was simply the latest phase of a long and varied career, one that's seen the former teenage R&B shouter move through jazz, psychedelia, blues-rock, and progressive rock. Possessed of a powerful, utterly distinctive voice, Winwood was also an excellent keyboardist who remained an in-demand session musician for most of his career, even while busy with high-profile projects. That background wasn't necessarily apparent on his solo records, which established a viable commercial formula that was tremendously effective as long as it was executed with commitment.

Stephen Lawrence Winwood was born May 12, 1948, in the Handsworth area of Birmingham, England. First interested in swing and Dixieland jazz, he began playing drums, guitar, and piano as a child, and first performed with his father and older brother Muff in the Ron Atkinson Band at the age of eight. During the early '60s, Muff led a locally popular group called the Muff Woody Jazz Band, and allowed young Steve to join; eventually they began to add R&B numbers to their repertoire, and in 1963 the brothers chose to pursue that music full-time, joining guitarist Spencer Davis to form the Spencer Davis Group. Although he was only 15, Steve's vocals were astoundingly soulful and mature, and his skills at the piano were also advanced beyond his years. Within a year, he'd played with numerous American blues legends both in concert and in the studio; in 1965, he also recorded the solo single "Incense" as the Anglos, crediting himself as Stevie Anglo. Meanwhile, the Spencer Davis Group released a handful of classic R&B-styled singles, including "Keep on Running," "I'm a Man," and the monumental "Gimme Some Lovin'," which stood with any of the gritty hardcore soul music coming out of the American South.

Winwood eventually tired of the tight pop single format; by the mid-'60s, the cutting edge of rock & roll often involved stretching out instrumentally, and with his roots in jazz, Winwood wanted the same opportunity. Accordingly, he left the Spencer Davis Group in 1967 to form Traffic with guitarist Dave Mason, horn player Chris Wood, and drummer Jim Capaldi, all of whom had played on "Gimme Some Lovin'." The quartet retired to a small cottage in the Berkshire countryside, where they could work out their sound -- a unique blend of R&B, Beatlesque pop, psychedelia, jazz, and British folk -- and jam long into the night without angering neighbors. Traffic debuted in the U.K. with the single "Paper Sun" in May 1967, and soon issued their debut album, Mr. Fantasy (retitled Heaven Is in Your Mind in the U.S.); it was followed by the jazzy psychedelic classic Traffic in 1968. However, conflicts had arisen between Winwood and Mason over the latter's tightly constructed folk-pop songs, which didn't fit into Winwood's expansive, jam-oriented conception of the band. Mason left, returned, and was fired again, and Winwood broke up the band at the beginning of 1969. Even so, by that time, he had become the unofficial in-house keyboardist for Traffic's label Island, playing at numerous recording sessions.

Winwood subsequently hooked up with old friend Eric Clapton, who'd recently parted ways with Cream. The two began jamming and found that they enjoyed working together, and rumors of their collaboration spread like wildfire; the enormous anticipation only grew when ex-Cream drummer Ginger Baker signed on, despite Clapton's misgivings over the expectations that would create. Concert promoters rushed to book the band before any material had been completed (hence the band's eventual name, Blind Faith), and offered too much money for them to refuse, despite their lack of rehearsal time. Their self-titled debut, released in the summer of 1969, was a hit, but the extreme pressure on the group led to their breakup even before the end of the year. Winwood joined Baker in a large, eclectic new supergroup called Ginger Baker's Air Force, but Winwood still had contractual obligations to Island, and he left not long after Air Force's debut performance at the Royal Albert Hall in early 1970.

Winwood began work on what was slated to be his first solo LP, but he gradually brought in more ex-Traffic members to help him out, to the point where the album simply became a band reunion. John Barleycorn Must Die was released later in 1970, showcasing the sort of jam-happy jazz-rock sound that Winwood had in mind for the group from the start. Several more albums in that vein followed, including 1971's The Low Spark of High-Heeled Boys, which brought Traffic to the peak of their commercial popularity in America. The run was briefly interrupted by Winwood's bout with peritonitis around 1972, but he'd recovered enough to play a major role in Eric Clapton's early 1973 comeback concerts at the Rainbow Theatre. Traffic broke up in 1974, but instead of going solo right away, an exhausted Winwood spent the next few years as a session musician, relaxing on his Gloucestershire farm during his spare time. He also featured prominently as a collaborator with Japanese percussionist Stomu Yamash'ta, appearing on his hit jazz fusion LP Go in 1976.

When Winwood finally returned with his self-titled solo debut in 1977, Britain was in the midst of the punk revolution, and the music itself was somewhat disappointing even to Winwood himself. Dismayed, he returned to Gloucestershire and all but disappeared from music. He returned in late 1980 with the little-heralded Arc of a Diver, a much stronger effort on which he played every instrument himself. Modernizing Winwood's sound with more synthesizers and electronic percussion, Arc of a Diver was a platinum-selling hit in the U.S., helped by the hit single "While You See a Chance"; it received highly positive reviews as well, most hailing the freshness of Winwood's newly contemporary sound. The extremely similar 1982 follow-up Talking Back to the Night sounded rushed to some reviewers, and it wasn't nearly as big a hit, with none of its singles reaching the Top 40. Unhappy with the record, Winwood even considered retiring to become a producer (though his brother talked him out of it).

Taking more time to craft his next album, Winwood didn't return until 1986, with an album of slickly crafted, sophisticated pop called Back in the High Life, which was his first '80s album to feature outside session musicians. It was a smash hit, selling over three-million copies and producing Winwood's first number one single in "Higher Love," which also won a Grammy for Record of the Year. In 1987, Virgin offered Winwood a substantial sum of money and successfully pried him away from Island; a remixed version of Talking Back to the Night's "Valerie," featured on the Island greatest-hits compilation Chronicles, became a Top Ten hit later that year. Winwood's hot streak continued with his first album for Virgin, 1988's Roll with It. The title track became his second number one and his biggest hit ever, and the album topped the charts as well; plus, the smoky ballad "Don't You Know What the Night Can Do?" was featured in a prominent TV ad campaign. Winwood had by now established a large, mostly adult fan base, but that support began to slip with his next album, 1990's Refugees of the Heart. Refugees repeated the slick blue-eyed soul updates of its predecessor, but according to most reviewers, it simply wasn't performed with the same passion, save for the lead single "One and Only Man," a collaboration with Traffic mate Jim Capaldi.

Afterward, Winwood continued his pattern of following disappointments with periods of inactivity; he next resurfaced in 1994 as part of a Traffic reunion with Capaldi. Together they released the new album Far from Home, and toured the world. Winwood subsequently returned to his solo career and spent two years working on Junction Seven, which finally appeared in 1997 and was co-produced by Narada Michael Walden. However, his momentum had stalled, and the album -- which received mixed reviews -- failed to sell well. The following year, Winwood toured with his new project Latin Crossings, a jazz group that also featured Tito Puente and Arturo Sandoval (though they never recorded). He subsequently parted ways with Virgin. About Time appeared in 2003, followed in 2008 by Nine Lives.

Winwood reunited with Eric Clapton for a trio of concerts in New York City's Madison Square Garden in February 2008. Highlights from these shows were released as the 2009 album Live from Madison Square Garden. Over the next decade, Winwood played the occasional studio session -- he appears on Miranda Lambert's 2011 album Four the Record and Gov't Mule's 2013 LP Shout! -- while also gigging fairly steadily. In September 2017, he released Greatest Hits Live, his first solo live album. ~ Steve Huey, Rovi 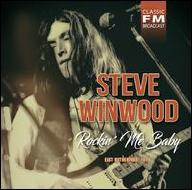 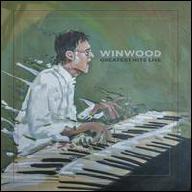 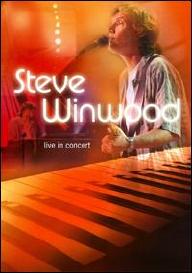 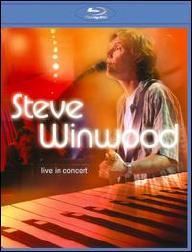 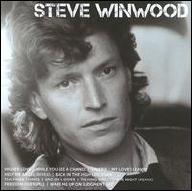 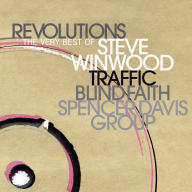 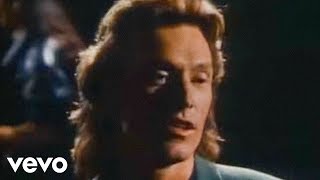 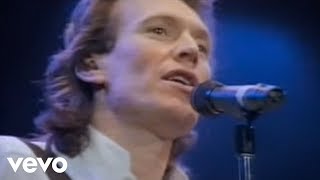 Steve Winwood - Back In The High Life Again (Official Video) 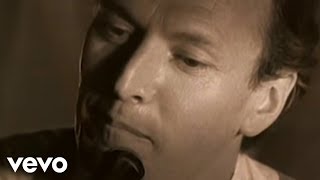 Steve Winwood - Roll With It 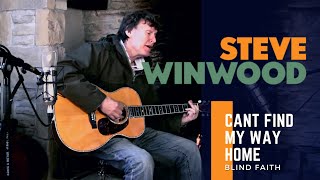 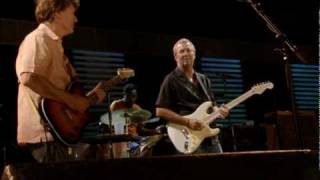 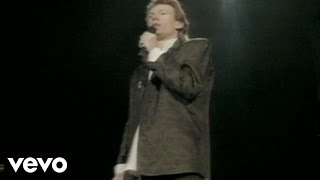 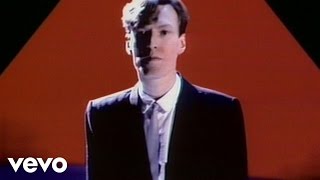 Steve Winwood - While You See A Chance
Available here: