Born Harry Wayne Casey on January 31, 1951 in Hialeah, FL, he earned the nickname KC at an early age. As a youngster, one of Casey's strongest influences was the organ music he heard when his family attended church. His mother (whose record collection included R&B and listed releases by Nat King Cole, Jerry Butler, and the Flamingos) and sisters sang on local commercials. Casey's parents nurtured his interest by having him take piano lessons. He would often hold backyard concerts for his parents and friends. There would also be family singalongs on birthdays and holidays. He would save his gift and allowance money to buy records. In his teens, he joined a band named Five Doors Down, some of whose members would later be a part of the Sunshine Band. Casey's musical taste leaned toward Motown (Diana Ross, Marvin Gaye) and horn-laden pop bands like Tower of Power and Blood, Sweat and Tears. When he was 17, he borrowed money (500 dollars) from friends to make a vanity record (a recording made by a firm that advertises "we'll put your words to music!" then presses a few hundred copies), a single, If You're Ever in Miami b/w Emily, My Darling.

After graduating from high school, Casey attended Miami-Dade Junior College while working part time at a drugstore. Later, he while working at a record store, Casey became friends with employees of Tone Distributors and its subsidiary label, TK Records and was invited to check out the label's recording studio. Casey began hanging around Tone/TK for hours every day after work. After a time, company president Henry Stone gave him the double-duty job of sweeping floors and packing records for shipment in the warehouse. While packing records in 1972, Casey met bassist and part-time recording engineer Richard Finch. The two formed a creative partnership. Stone let the young men work and experiment in TK's recording studio when it wasn't in use and during after-midnight hours. The two cut numerous demos on themselves, just jamming. While at a wedding reception for TK songwriter/producer Clarence Reid in January 1973, Casey first heard junkanoo, the highly festive, rhythmic-layered, horn-punctuated musical genre that originated in the Bahamas. Later while accompanying TK artist Timmy Thomas (Why Can't We Live Together) to a Washington, D.C., concert as his assistant/booking agent, Casey got an idea for a song after hearing the audience approvingly blowing whistles. After assembling some studio musicians, Casey and Finch made their first professional recording as KC and the Sunshine Band. The single, Blow Your Whistle, went to number 27 R&B in September 1973. KC and the Sunshine Band's second single Sound Your Funky Horn did a little better than their first, going to number 21 R&B in February 1974.

While recording a demo on one of their unrecorded original songs, Casey and Finch decided that the song was in a key that was too high for Casey to sing. Stone and TK A&R man Steve Alaimo suggested that they give the song to singer George McCrae. Released in early summer 1974, Rock Your Baby rolled quickly up the charts holding the number one spot on both the R&B and pop charts for two weeks during July 1974. The worldwide sales of Rock Your Baby totaled over six million singles.

With an approving nod from TK, Casey and Finch brought in lead guitarist Jerome Smith, drummer Robert Johnson, and conga player Femin Goytisolo. The band's debut LP, Do It Good, garnered little attention in the U.S. but took off in Europe due in part to Queen of Clubs, a Top Ten hit in both England and Germany. The follow-up, Sound Your Funky Horn, was also a hit. A band was hastily assembled for a European tour in 1975. The band expanded to include eight more musicians and singers. The fourth single, Get Down Tonight, took off, hitting number one R&B in April 1975 and held the number one pop spot for two weeks on Billboard's charts in August 1975. Their second album, KC and the Sunshine Band, released July 1975, made it to number one R&B, number four pop in summer 1975. To capitalize on the band's success, TK released instrumental singles by The Sunshine Band: Shotgun Shuffle, Black Water Gold, and Rock Your Baby. They were listed on the all-instrumental album Peveryday The Sound of Sunshine.

That's the Way I Like It, another single from their self-titled album, echoed the success of Get Down..., and went to number one R&B in October 1975 and number one pop in November 1975. KC and the Sunshine Band went multi-platinum. (Dead or Alive's cover of That's the Way I Like It was their first U.K. hit going to number 22 in 1984.) In 1976, the band won five Grammys and the reissued Queen of Clubs became a U.S. hit in March. (Shake Shake Shake) Shake Your Booty was the group's third number one hit topping the R&B charts for a month during July and going to number one pop in September. Their third LP, Part 3, made it to number five R&B in fall 1976. It included the hit singles I Like to Do It (number four R&B) and I'm Your Boogie Man (number one pop and number three R&B hit). One of the band's best loved hits, Keep It Comin' Love, peaked at number one R&B, number two pop. The hot production team started their own Sunshine Sound label, distributed by TK. One Sunshine Sound release, Jimmy Bo Horne's Dance Across the Floor, went to number eight R&B in March 1978.

The 1977 11 million-selling Saturday Night Fever soundtrack, which held the number one Pop spot for 24 weeks in 1978, included KC and the Sunshine Band's Boogie Shoes. Around the end of the '70s, KC and Finch and TK began to have conflicts. Some say that this was reflected in the relatively poor chart showings of their releases: a remake of the Four Tops' It's the Same Old Song was number 30 R&B, number 35 pop; Do You Feel All Right was number 62 R&B, number 63 pop; and Who Do Ya Love was number 88 R&B, number 68 pop. Who Do Ya Love went to number 25 R&B, number 36 pop in summer 1978. Of course, it also could have meant that public tastes were changing. The title track of KC and the Sunshine Band's fifth album, Do You Wanna Go Party (June 1979) went to number eight R&B in summer 1979. Seeing that disco music was getting less and less radio airplay, KC and Finch included ballads on the LP. Originally the B-side of I Betcha Didn't Know That, a cover of the 1975 Frederick Knight hit, which peaked at number 25 R&B, Please Don't Go slowly made its way to number one pop in January 1980. In February, KC earned another gold single with a duet cover of Barbara Mason's 1965 R&B hit Yes I'm Ready by Teri DeSario with KC, which peaked at number 20 R&B and number two pop on Casablanca Records. Another lovely ballad, All I Want, was included on KC and the Sunshine Band's Greatest Hits (March 1980). That same year, TK Records filed for bankruptcy. After selling over 75 million albums and millions of singles on TK, KC and the Sunshine Band signed with Epic Records. None of the ensuing releases were hits and the band broke up. Then on January 15, 1982, Casey was just seven blocks from his house when he was involved in a head-on auto crash which left him wheelchair bound for almost a year.

Ironically, KC didn't have another hit until he partnered with a Southern businessman to start his own independent label, MECA (Music Enterprise Corporation of America). A single, Give It Up, from his Epic LP All in a Night's Work was issued by Epic's Ireland unit and became a hit; then it was issued by British Epic and went to number one in the U.K. Epic U.S. refused to release the single stateside. Buying the rights from Epic, Casey re-released Give It Up on his MECA label and it became a Top 20 pop hit in the U.S., peaking at number 18 in 1983. The TK catalog was sold to Rhino Records in the '90s, who has issued numerous reissues. A number of major-selling hip-hop acts have used samples from TK releases as the basis for their recordings. During '90s, Casey toured as KC and the Sunshine Band before enthusiastic audiences. Some of KC and the Sunshine Band's hits were featured in the NBC-TV miniseries #The 70's, which aired in May 2000. ~ Ed Hogan, Rovi 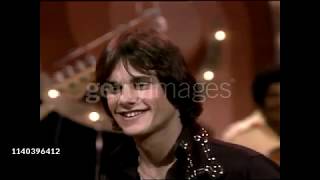 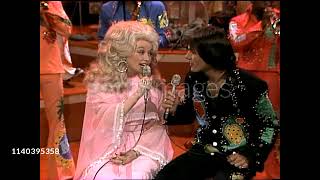 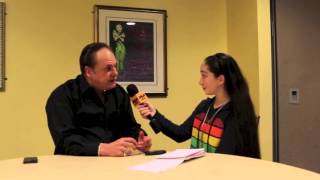 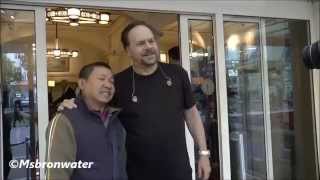 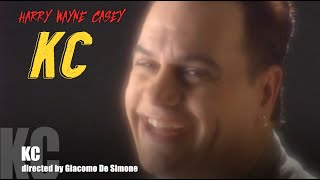 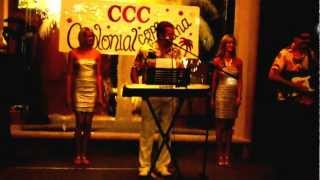