Close
Vince Neil
from Hollywood, CA
February 8, 1961 (age 60)
Biography
"I told them about you bro. They saw you and they're stoked," admitted Mötley Crüe drummer Tommy Lee to future lead vocalist Vince Neil the night the band came out to see the bleached blonde singer perform with his band Rock Candy at the famed Hollywood nightclub Starwood. Neil, however, was apprehensive at first, as he was very happy with his current band, but agreed to an audition the next weekend in order to not hurt Lee's feelings. The singer was quickly ushered into the band, and for the next decade the Crüe embarked on a heavy metal odyssey full of music, mayhem, and four consecutive multi-platinum albums.

Born Vince Neil Wharton on February 8, 1961, in Hollywood, CA, Neil was the focal point of the band with his long blonde hair and screeching vocal style. While not a schooled vocalist, Neil definitely looked the part. Born and raised in the Los Angeles area, he epitomized the carefree California "surfer dude" image, which was, at the time, the ideal persona for a heavy metal frontman (à la David Lee Roth).

After Neil joined Mötley Crüe in 1981, the band recorded the self-produced album Too Fast for Love, which attracted the attention of Elektra Records' Tom Zutaut. They were subsequently signed and in 1983 released their major-label debut, Shout at the Devil, which went on to become a multi-platinum smash and launched the band into superstardom. Unfortunately, after the ensuing tour to support the album with Ozzy Osbourne, Neil was involved in a serious alcohol-related car accident in Redondo Beach, CA. The singer, who was driving drunk, skidded into an oncoming car, killing his passenger, Hanoi Rocks' drummer Nicolas Razzle Dingley, and seriously injuring the two passengers in the other vehicle. Neil avoided prison and was sent to a drug and alcohol rehabilitation clinic and ordered to pay damages to the victims.

Despite the accident, Mötley Crüe pressed on and released 1985's Theatre of Pain, which quickly went multi-platinum, as did 1987's Girls, Girls, Girls and 1989's Dr. Feelgood, an album that became the band's biggest success. Following the massive tour to support Dr. Feelgood, Neil was fired from the band. As to why he was fired is up to different interpretations from different bandmembers. As a result, the singer embarked on a semi-successful solo career, teaming up with former Billy Idol guitarist Steve Stevens on 1993's Exposed, which sold respectably. In 1995, Neil released the Dust Brothers-produced Carved in Stone, which failed to live up to expectations. Mötley Crüe also failed to recapture their '80s success with their 1994 self-titled album, and asked Neil to rejoin the band in 1997.

Released in 1997, Generation Swine saw the band reunited with Neil in a lineup also featuring original members guitarist Mick Mars, bassist Nikki Sixx, and drummer Tommy Lee. This lineup would not last long, however, as Tommy Lee would leave the band in 1999. Following yet another departure, the band released New Tattoo in 2000. Neil ventured into reality television in 2003 as a cast member on VH1’s first season of #The Surreal Life. That same year he released Live at the Whisky: One Night Only. His third solo album, Tattoos Tequila, arrived in 2010. ~ Eric Linden, Rovi 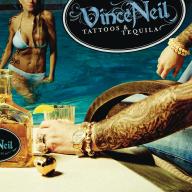 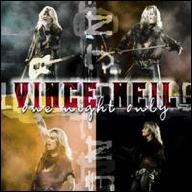 Live at the Whiskey: One Night Only
2003 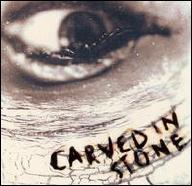 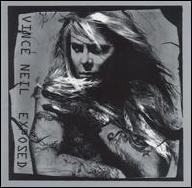 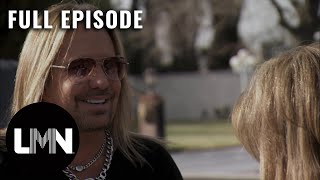 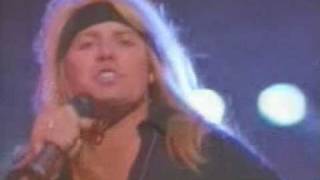 Vince Neil - You' re Invited (But Your Friend Can' t Come ) 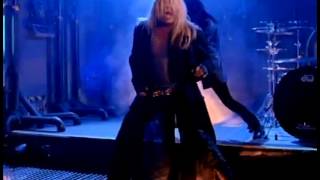 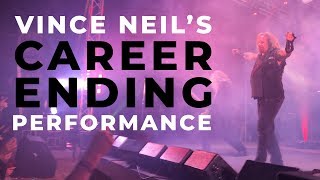 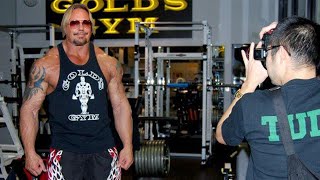 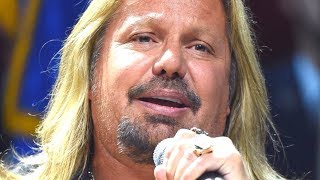 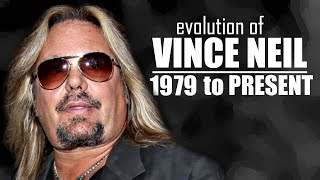 The Evolution of Vince Neil (1979 to present)
Available here: