Close
Johannes Brahms
from Germany
May 7, 1833 - April 3, 1897 (age 63)
Biography
The stature of Johannes Brahms among classical composers is best illustrated by his inclusion among the "Three Bs" triumvirate of Bach, Beethoven, and Brahms. Of all the major composers of the late Romantic era, Brahms was the one most attached to the Classical ideal as manifested in the music of Haydn, Mozart, and especially Beethoven; indeed, Hans von Bülow once characterized Brahms' Symphony No. 1 (1855-1876) as "Beethoven's Tenth." As a youth, Brahms was championed by Robert Schumann as music's greatest hope for the future; as a mature composer, Brahms became the most potent symbol of musical tradition for conservative musical journalists, a stalwart against the "degeneration" represented by the music of Wagner and his school. Brahms' symphonies, choral and vocal works, chamber music, and piano pieces are imbued with strong emotional feeling, yet take shape according to a thoroughly considered structural plan.

The son of a double bassist in the Hamburg Philharmonic Society, Brahms demonstrated great promise at a young age. He began his musical career as a pianist, contributing to the family coffers as a teenager by playing in restaurants, taverns, and even brothels. By his early twenties he enjoyed associations with luminaries like violinists Eduard Reményi and Joseph Joachim, but the friend and mentor who was most instrumental in advancing his career was Schumann, who all but adopted him and became his most ardent admirer -- their esteem was mutual. Following Schumann's death in 1856, Brahms became the closest confidant and lifelong friend of the composer's widow, pianist and composer Clara Wieck Schumann. After a lifetime of spectacular musical triumphs and failed loves (the composer was involved in several romantic entanglements but never wed), Brahms died of liver cancer on April 3, 1897.

In every genre in which he composed, Brahms produced works that have become staples of the repertory. His most ambitious work, the German Requiem (1863-1867), is the composer's singular reinterpretation of an age-old form. The four symphonies -- lushly scored, grand in scope, and deeply expressive -- are cornerstones of the symphonic literature. Brahms' concertos are in a similarly monumental, quasi-symphonic vein: the two piano concertos (1856-1859 and 1881), and the Violin Concerto (1878) call for soloists with both considerable technical skill and stamina. His chamber music is among the most sophisticated and exquisitely crafted of the Romantic era; his works that incorporate clarinet (e.g., the Trio in A minor, Op. 114 and the two Sonatas, Op. 120), the latter an instrument largely overlooked by his contemporaries -- remain unsurpassed. Though the piano sonata never held the same appeal for Brahms as it did for Beethoven (Brahms wrote three to Beethoven's 32), he produced a voluminous body of music for the piano. He showed a particular affinity for variations -- notably, on themes of Schumann (1854), Handel (1861), and Paganini (1862-1863) -- and likewise produced a passel of national dances and character pieces such as ballades, intermezzi, and rhapsodies. Collectively, these constitute one of the essential bodies of work in the realm of 19th century keyboard music. ~ Rovi Staff, Rovi 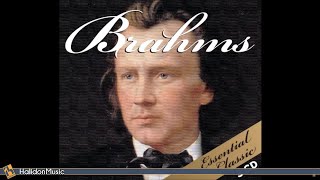 The Best of Brahms 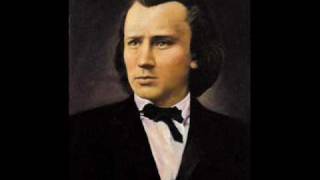 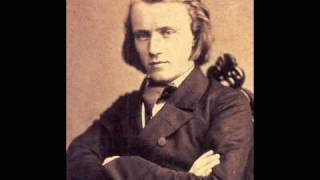 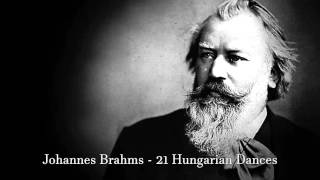 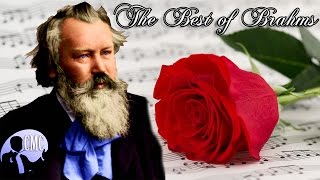 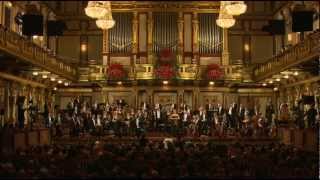