Close
Max Martin
from Stockholm, Sweden
February 26, 1971 (age 50)
Biography
The millennial heir to Sweden's tradition of frothy, incessantly catchy pop, Max Martin wasn't an international star like ABBA, Roxette, or Ace of Base. But as a songwriter and producer, he spearheaded the late-'90s teen pop revival by crafting a ubiquitous string of worldwide hits for Britney Spears, *NSYNC, and the Backstreet Boys, among many others. He then modified his sound during the 2000s, embracing the use of slick guitars and pop/rock melodies while penning such chart-topping singles as Bon Jovi's "It's My Life" and Kelly Clarkson's "Since U Been Gone." Number one hits for the likes of Katy Perry, Taylor Swift, and the Weeknd followed throughout the 2010s.

Martin was born Martin Sandberg on February 26, 1971, and grew up in the suburbs of Stockholm; as a teenager, he sang in several groups before forming a glam-style metal band called It's Alive with his friends. Performing under the name Martin White, he subsequently dropped out of high school to pursue music, a decision that paid off when It's Alive landed a record deal with producer Denniz Pop's Cheiron label. They recorded an album and toured Europe in the early '90s. Meanwhile, Martin began to indulge his secret love of pop music by collaborating on songs with Pop, who became his mentor.

In 1992, Martin was hired as a house writer/producer at Cheiron and spent several years learning the ropes; at the same time, Denniz Pop found international success producing Ace of Base's blockbuster album The Sign. Pop also renamed his protégé Max Martin, which he thought sounded "poppier" than Martin White. Their first production collaboration was the Rednex track "Wish You Were Here" in 1995, and both worked on Ace of Base's second album, The Bridge, shortly thereafter. Artists like 3T, Army of Lovers, and Leila K also benefited from the duo's touch. Their big break came when Jive contacted the Cheiron team about working with a new act, a teenaged singing group named the Backstreet Boys. Skeptical about a boy band's ability to find chart success, Martin and Pop nevertheless masterminded the group's debut album, which initially flopped in the U.S. but found an audience across Europe. In 1997, the Backstreet Boys were relaunched in their home country, this time with considerable success; Martin was involved in writing and producing the American hits "Quit Playing Games (With My Heart)" (his first big hit in the U.S.), "As Long as You Love Me," and "Everybody (Backstreet's Back)." Also in 1997, Martin co-wrote and co-produced Robyn's international dance hit "Show Me Love."

In 1998, Pop and Martin worked on the debut albums by boy bands 5ive and *NSYNC, including the latter's hit single "I Want You Back." Unfortunately, Pop died of cancer later that summer, leaving the Cheiron studio in temporary disarray. Martin eventually took over musical leadership and found a new primary partner in writer/producer Rami, who joined him for Britney Spears' debut album, ...Baby One More Time, in 1999. The title cut became Martin's first American chart-topper, and he also worked on one of the follow-up hits, "(You Drive Me) Crazy." In fact, 1999 was a banner year for Martin: he also worked with Celine Dion ("That's the Way It Is") and Bryan Adams while helming the Backstreet Boys' follow-up album, Millennium, which became the year's best-selling album worldwide on the strength of several Martin tunes, including "I Want It That Way" and "Show Me the Meaning of Being Lonely." With his tunes dominating the airwaves, Martin took honors as ASCAP's Songwriter of the Year in 1999, an achievement he repeated in 2000 thanks to his work on Spears' Oops!...I Did It Again album, the Backstreet Boys' Black Blue, and his co-write of Bon Jovi's "It's My Life." At the end of 2000, Martin closed down the Cheiron studio and its supplementary songwriting teams, and opened up a new facility -- still in Stockholm -- in tandem with Rami; their first major project was Spears' third album, 2001's Britney. Work with Celine Dion followed, and Martin teamed up with Kelly Clarkson in 2004. The resulting album, Breakaway, established Clarkson as a Grammy-winning powerhouse and featured the number one international hit "Since U Been Gone."

During the next ten years, Martin not only sustained his prominence but went on the greatest roll of his career. He was behind additional chart-toppers for Katy Perry (including "I Kissed a Girl," "Teenage Dream," and "Roar"), P!nk ("So What"), Clarkson ("My Life Would Suck Without You"), Spears ("Hold It Against Me"), Maroon 5 ("One More Night"), and Taylor Swift ("Style," "Wildest Dreams," and "Blank Space"). When Swift's "Shake It Off" reached the top in 2014, Martin passed Mariah Carey to hold the third place spot as the songwriter with the most number one Hot 100 hits -- a tally of 18, which placed him behind only John Lennon and record-holder Paul McCartney. The following February, he won the Grammy Award for Producer of the Year, Non-Classical, and he returned to the top of the Hot 100 later that year with the sleek, booming pop of Swift's "Bad Blood" and the throwback disco-funk of the Weeknd's "Can't Feel My Face." In February 2016, he was awarded the Polar Music Prize for his contributions to popular music. ~ Steve Huey & Andy Kellman, Rovi 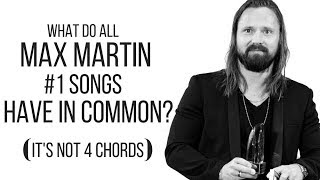 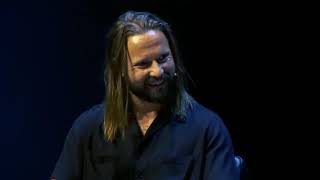 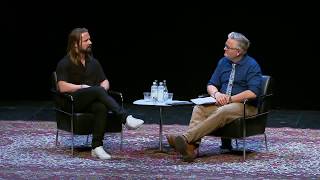 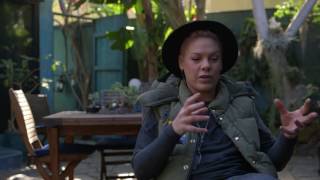 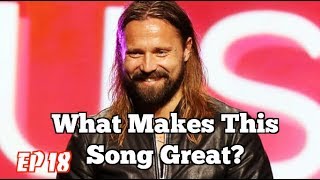 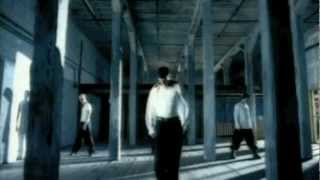