Close
Catulo Da Paixão Cearense
Biography
Catulo da Paixão Cearense was the lyric writer of some of the most widely known Brazilian songs. He was also responsible, along with João Pernambuco, for the introduction of the violão (acoustic guitar) to the elite. Though Ernani Figueiredo (died 1917) and Alfredo de Souza Imenes (1918) where virtuoses at this instrument and the very pioneers of a rich and genuinely Brazilian tradition of violão, they were quickly forgotten after their deaths. A generation of distinguished composers who followed them (Sátiro Bilhar, Brant Horta, Joaquim Francisco dos Santos -- the Quincas Laranjeiras -- Mozart Bicalho, Melchior Cortez, and Heitor Villa-Lobos) took to heart to write for the violão, but they weren't accepted out of the popular domain, and except Villa-Lobos, they were forgotten and their production almost completely lost after their deaths. With the immense magnetic power of their songs, the duo Cearense/Pernambuco affirmed their reign of the violão in Brazil.

Cearense moved to Rio in 1880 with his father, a watchmaker and jeweler; his mother; and two brothers. His mother died soon after their arrival. He already played the flute and got acquainted with some excellent chorões (choro players is a generic name given at the time any group of musicians played in the open): flutists Antônio Calado, Viriato, and Anacleto de Medeiros; singer Cadete; and virtuose violonista Quincas Laranjeiras, who taught Cearense to play his instrument. Involved with musicians, he quickly acquired their Bohemian habits and a love for moonlight serenades. He wrote in this period the lyrics for his first modinha, Ao Luar, and had a violão broken over his head by his father. During this time, a violão player was considered irrevocably lost as an outsider, a criminal, or gigolo and the instrument itself only for sambistas and malandros. In this same period, he met the important politician and lawyer Rui Barbosa at Barbosa's home, having read to him his poem Hino às Aves, bringing him to tears.

Cearense was a self-taught person who learned Portuguese, mathematics, French and Brazilian, and French Literature. At that time, he translated famous poets, such as Alphonse de Lamartine (1790-1869). But if French tradition was a must in those times in Brazil, producing quantities of insipid Parnasians, he was deeply Brazilian since the beginning and all his production is profoundly influenced by his upcountry (sertanejo) Northeastern feeling.

His father died three years after arriving in Rio. Cearense had to provide for his subsistence at hard-working precarious jobs, including being an assistant and later stevedore for Rio's harbor dock. But he never gave up the romantic evenings in the best suits. On one occasion, he was invited to a party at senator Silveira Martins' and he delighted the hosts to the extent of being asked to be their offspring's predecessor. He moved and lived there until he, entering his room, found there a semi-naked woman who was shouting that she had been raped by him. He was taken to the police station and to the church, where he was married to her. Then he knew it was only a horseplay imagined by his friends. The marriage wasn't even registered at that church.

He founded then a working-class school in the suburb, where he taught languages. Through Pedro da Silva Quaresma, the owner of publishing house and bookstore Livraria do Povo, he published in the Northeastern popular form of folhetos de cordel the fashionable modinhas and lundus of the time. Through that same publishing house, he organized compilations such as -O Cantor Fluminense and -O Cancioneiro Popular, and released his own works, such as -O Cantor Fluminense, -Lira dos Salões, -Novos Cantares, -Lira Brasileira, -Canções da Madrugada, -Trovas e Canções, and -Choros ao Violão. He probably never wrote any music, but in those books he listed the composers of the songs for which he wrote his lyrics. In 1906, singer Mário Pinheiro (1880/1921) recorded, always for Casa Edison, Talento e Formosura and Resposta ao Talento e Formosura; the next year, O que Tu És, Até as Flores Mentem, and Célia; in 1909, Choça ao Monte and Cabocla Bonita; in 1910, Adeus da Manhã and Luar do Sertão, his masterpiece and one of the most famous songs of Brazil, with music by João Pernambuco (as we finally know today). Caboca di Caxangá was recorded by Odeon in 1912 and a major hit at the Carioca Carnival of 1913, much to Cearense's dismay. He was also recorded in his time by Eduardo das Neves, Cadete, Vicente Celestino, and several other singers. In 1908, he succeeded in his intent of doing a performance at the temple of erudite music of Rio, the Instituto Nacional de Música. There was flamed controversy, led by critic Oscar Guanabarino, against the "profanation" of that sublime sanctuary with popular music and the violão. The presentation, having in its overcrowded audience the elite of Rio that included diplomats such as the minister of Russia, Count Prozoor, as well as the common people of the streets, was a resounding success, with Guanabarino being applauded enthusiastically. The famous poet Bastos Tigre praised Cearense extensively in his book -Noite de São João. Discretely invited by President Nilo Peçanha to declaim and sing at the Palácio do Catete, by then the official residence of the president of Brazil, he was said by his many enemies to have "entered through the back door" at that noble house. In fact, he may have done his share to attract so many detractors. He felt no remorse in stealing other people's songs. His partner, João Pernambuco, for example, not knowing how to write music, was robbed of many songs he composed and gave to Cearense for him to learn and put lyrics on. Fortunately, musicologists have determined the real authorship of those songs.

But in 1914, Cearense was officially invited to sing and play at the Catete by President Hermes da Fonseca, Peçanha's successor. It was another great moment for the Brazilian violão, to be carried by Cearense with ostentation as he climbed the magnificent Catete's stairs. The presentation was testified by the president's wife, Nair de Teffé, who declared that after each song or declamation cultivated the audience to a standing ovation. Cearense got employment at the National Press because of this performance. 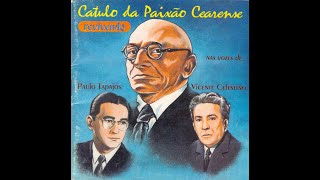 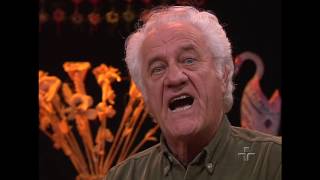 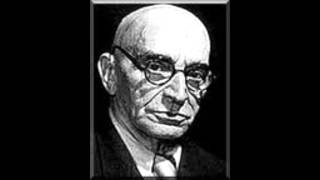 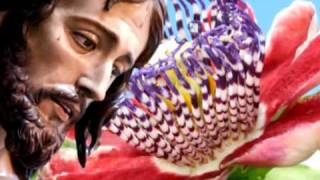 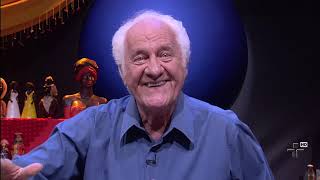 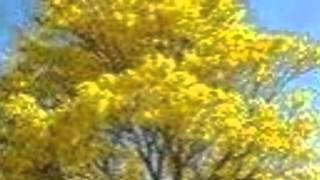 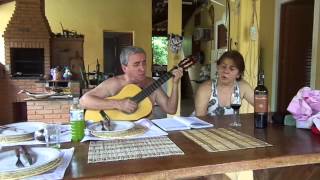