Close
Semi Precious Weapons
from New York, NY
formed January 1, 2006 - January 1, 2014 (age 8)
Biography
Semi Precious Weapons is the creation of Chicago-born gay/ambisexual singer/songwriter Justin Tranter, a charismatic frontperson with a long history of outrageous performances. Tranter fell under the spell of Ariel in Disney's The Little Mermaid when he was a boy, and after seeing Courtney Love and Hole perform, his course was firmly set. He wanted to be a rock star. Realizing he wanted to write songs as well as sing them, he begged his parents to get him a piano and taught himself to play. He went to a music and arts high school, where he studied classical and pop piano, before moving on to the Berklee College of Music in Boston. Being a practical man, he studied the business side of the music business as well as songwriting when he was at Berklee. While getting his degree he founded Musicians with a Mission, a scholarship fund for GLBT youth education. He also put out his first solo album, Scratched, a piano-based album that turned the conventions of pop songwriting inside out with its dramatic flair.

After graduation he moved to New York and put together his first band. They were going to be the house band for an off-Broadway play called Rockstars NYC, but the show only ran for three weeks. Still, Tranter's over the top performances started a buzz. His second album, Tear Me Together, was meant to push emotional buttons with depictions of the extremes of love and hate, life and death. The album cover art featured Tranter's "dead" body being dragged out of a bathroom, and people either loved it or hated it. But Tranter knew the value of a good visual, and the record's notoriety helped increase his underground profile.

Tranter finally decided he wanted a full-tilt rock band. Bassist Cole Whittle, his college roommate, knew drummer Dan Crean, and the producer of Tear Me Together introduced them to guitarist Aaron Lee Tasjan. The minute they played together something clicked, and they all had the same ideas about rock's power to outrage people. The band's sound borrows from glam, garage, punk, and new wave funk, but it's distilled into their own high-octane Molotov cocktail. After their first gigs in 2004 they landed a high-profile manager, former Marc Bolan/T. Rex publicist B.P. Fallon. He brought Tony Visconti, legendary for his work with David Bowie, to a gig, and Visconti offered to help produce an album for the band. We Love You was originally released on their own label, Precious Records, and was produced by the band with the aid of Mario McNulty (T. Rex, Laurie Anderson) and Visconti. The album was financed by Tranter's booming jewelry business. (Urban Outfitters and Hot Topic have moved over 100,000 necklaces designed by Tranter featuring the band's guns-and-heart logo. He also designs high-end gold and diamond skulls for Barney's.) The first video, for "Magnetic Baby," showed Tranter making out with girls, which upset some of his longtime gay fans, proving his point that rock can still outrage people if it's done right.

We Love You brought offers from many major labels, but the band ignored them in favor of Razor Tie, who would allow them to continue to chart their own decadent path. The album was released nationally in September of 2008. In 2010, Semi Precious Weapons won a coveted opening slot on pop diva Lady Gaga's Monster Ball tour. Interestingly, Gaga had opened for the band in New York City before her career took off. Also that year, Semi Precious Weapons released their sophomore album and major-label debut for Geffen, You Love You. In 2012 the band, which by this time consisted of Tranter, Whittle, Crean, and guitarist Stevy Pyne, relocated to Los Angeles to begin working on new material. The resulting Redzone Records-issued Aviation, a collaboration with Grammy Award-winning hitmaker C. Tricky Stewart (Beyoncé, Rihanna, Frank Ocean), arrived in early 2014. ~ j. poet, Rovi 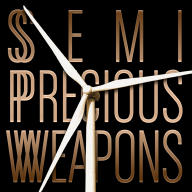 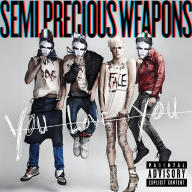 You Love You [Explicit Amazon/MySpace Version]
2010 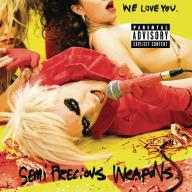 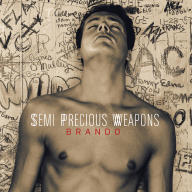 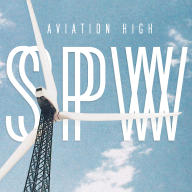 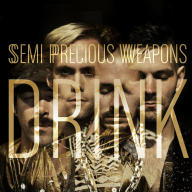 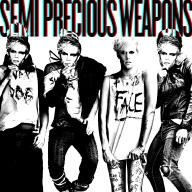 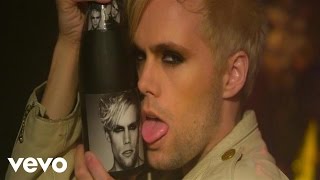 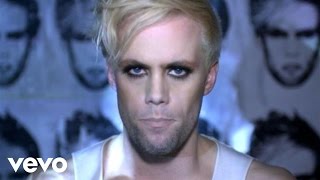 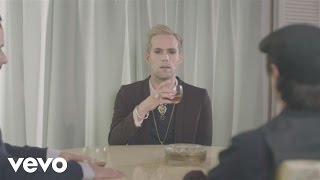 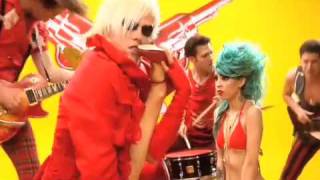 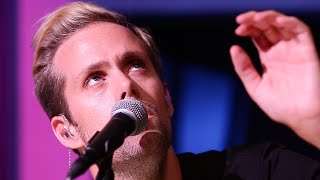 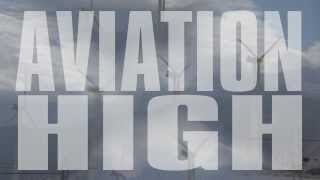