Close
Gary Barlow
from Frodsham, Cheshire, England
January 20, 1971 (age 50)
Biography
With an eventful career echoing the trajectory of a roller coaster, pop vocalist Gary Barlow, the linchpin of Britain's biggest-ever boy band, Take That, struggled to compete with the success of the group's most tabloid-friendly member, Robbie Williams, before a phenomenal 2006 reunion restored his reputation as one of Britain's most accomplished songwriters. Later years brought solo success in the form of Since I Saw You Last, and then he threw himself headlong into composing for musical theater.

Born in Frodsham, Cheshire in 1971, Barlow was inspired to start playing the keyboard after watching a performance of Depeche Mode's "Just Can't Get Enough" on Top of the Pops. He spent his early teenage years honing his musical talents, and after an appearance on the BBC TV show Pebble Mill, he began performing across the Northern working men's club circuit. In 1989, he released a single under the name Kurtis Rush before he was introduced to manager Nigel Martin-Smith, who was looking to manufacture the U.K.'s answer to New Kids on the Block. Considered the main musical talent of the band, Barlow achieved unparalleled success as one-fifth of Take That, scoring eight chart-topping singles, several of which he penned, three number one albums, and an army of fans who needed a telephone helpline to deal with their grief over the band's split in 1996.

Just three months after the release of their final hit, Barlow appeared with a new buff image and a mature sound for debut solo single "Forever Love." The "next George Michael" predictions appeared to be materializing when the single reached number one, as did its follow-up, the Madonna-penned "Love Won't Wait," and the full-length album Open Road. However, no one banked on the unlikely career rejuvenation of Robbie Williams, previously considered the clown of the band, whose Brit-pop-friendly LP, Life Thru a Lens, made Barlow's MOR output appear bland in comparison. After a two-year break, Barlow returned to a music scene that was dominated by his rival, and with the odds firmly against him, his dance-pop comeback single, "Stronger," stalled at number 16, while his second album, Twelve Months Eleven Days, spent just one week in the Top 40.

Having to suffer the ignominy of watching Williams revel in the pair's reversal of fortunes, he spent the next few years in a musical wilderness before signing a publishing deal with Sony, where he penned tracks for the likes of Delta Goodrem, Will Young, and Blue. In 2005, the success of an ITV documentary recounting the story of Take That and a new Greatest Hits disc prompted the boy band, minus Williams, to reunite for a series of live shows, and eventually a new album. Incredibly, they went on to achieve more commercial and critical success than in their '90s heyday, with both Beautiful World and The Circus selling nearly three million copies in the U.K. In 2008, Barlow was credited as Director of Music on the ITV musical drama Britannia High, and a year later, he formed his own label, Future Records, where he signed classical artist Camilla Kerslake, MC Aggro Santos, and talent show winner Emma's Imagination.

In 2010, he patched up his differences with Williams for good on the number two duet "Shame," and then they both teamed up with the rest of Take That on the fastest-selling album of the century, Progress. The following year, Barlow celebrated his 40th birthday by performing his first solo show in over a decade at the Shepherd's Bush Empire in London, where Chris Martin, Midge Ure, and Delta Goodrem each joined him on-stage. In 2012, he was commissioned to write and perform the official song of Queen Elizabeth II's Diamond Jubilee. Co-written with Andrew Lloyd Webber, "Sing" topped the U.K. singles chart, while the EP of the same name -- which included a cover of the Beatles' "Here Comes the Sun" -- became the shortest album to ever hit the U.K. number one spot. In 2013, Barlow returned to be a judge on The X Factor and later that same year Polydor issued his fourth studio album, Since I Saw You Last. It reached number two on the U.K. chart, and was only kept from the top spot by One Direction's Midnight Memories, while its lead single, "Let Me Go," hit the same spot on its respective chart.

The ensuing years saw Barlow become increasingly involved in musical theater. First, he co-wrote 22 songs with Eliot Kennedy for a revamped version of Finding Neverland that hit Broadway in 2015. That same year brought the premiere of The Girls, a production that Barlow co-wrote with Tim Firth, the co-creator of the related 2013 comedy film Calendar Girls. That went on to hit the West End in 2017 before touring the U.K. and Ireland. In 2016, Barlow started filming his own talent show, Let It Shine, which ultimately aired on the BBC in 2017. The premise of the show involved a search for five men to star in a subsequent Firth-written stage production -- based on the music of Take That -- entitled The Band.

2018 brought the publication of Barlow's candid autobiography, A Better Me, which was accompanied by his first U.K. solo tour in years, intentionally visiting modest-sized venues. Later the following year, he recorded the theme tune to the children's animated series The Adventures of Paddington. Next, during the initial lockdown period of the COVID-19 pandemic, he launched The Crooner Sessions, which saw him collaborate online with artists such as Brian May, Chris Martin, and All Saints. In September 2020, he released the Latin-flavored "Elita," the first material from his heavily orchestrated fifth long-player, Music Played by Humans. Released November 27, 2020, the album debuted at number one on the U.K. charts. ~ Jon O'Brien & James Wilkinson, Rovi 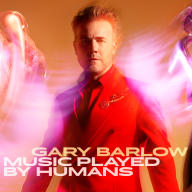 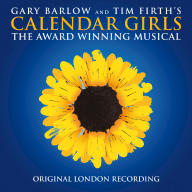 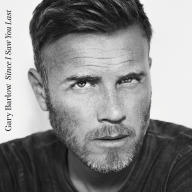 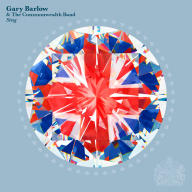 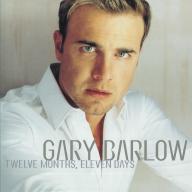 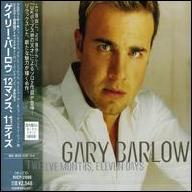 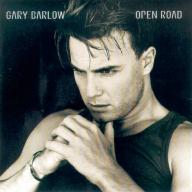 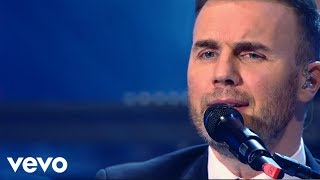 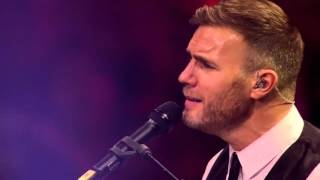 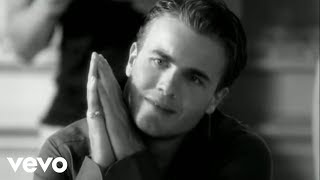 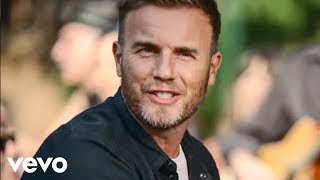 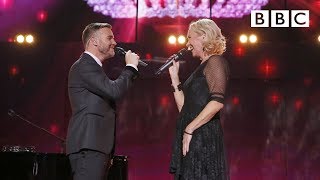 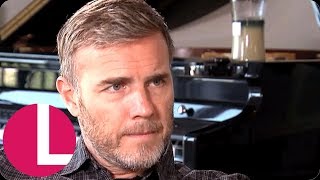 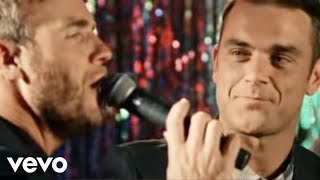