Close
Chad & Jeremy
from London, England
formed January 1, 1962 (age 60)
Biography
Of the many British Invasion acts that stormed the charts in the wake of the Beatles, Chad Jeremy possessed a subtlety and sophistication unmatched among their contemporaries, essentially creating the template for the kind of lush, sensitive folk-pop embraced by followers from Nick Drake to Belle Sebastian.

Chad Stuart (born in Windemere, England, on December 10, 1941) and Jeremy Clyde (born March 22, 1941, in Buckinghamshire, England) met while attending London's Central School of Speech and Drama. The two became fast friends, and after Stuart taught Clyde to play guitar, they formed a folk duo as well as a rock & roll group, the Jerks. Because he graduated a year ahead of his bandmates, Clyde relocated to Scotland and performed with the Dundee Repertory Theatre.

When the Jerks dissolved, Stuart dropped out of school, studied arranging, and wrote songs with composer Russell Franks. Clyde returned to London soon after, but in the face of an actors' strike, he resumed his music career, reunited with Stuart, and the duo landed a residency at the local coffeehouse, Tina's. Chad Jeremy quickly earned a fan following, and in mid-1963 composer and producer John Barry signed the duo to the small independent label Ember Records. They released their debut single, "Yesterday's Gone," that autumn and it entered the U.K. Top 40. Remarkably, it would prove their only British hit of any real substance.

By the time their sophomore effort, "Like I Love You Today," was released in early 1964, Chad Jeremy were headlining the West End landmark Hatchett's. Despite the increased exposure, the record flopped, and Barry bought out his Ember contract, relegating the duo's planned LP to producer Shel Talmy in the process. Soon after the release of Chad Jeremy Sing for You, the Daily Express published a photo of a young Clyde (a graduate of the prestigious private school Eton and a descendent of the famed Duke of Wellington) in royal garb at the 1952 coronation of Queen Elizabeth.

Given the credibility afforded the working-class backgrounds of rockers like John Lennon and Paul McCartney, the publicity proved a near-fatal blow, effectively branding Chad Jeremy upper-crust nancy boys merely pretending at careers in music. However, as the album tanked at home, Chad Jeremy's U.S. label, World Artists, scored a Top 20 American hit with "Yesterday's Gone," followed in August 1964 by "A Summer Song," a gorgeously nuanced and pastoral folk-pop masterpiece that cracked the Billboard Top Five. When "Willow Weep for Me" also charted in the U.S., Chad Jeremy relocated to California and signed with the infamous manager Allen Klein, who negotiated a buyout of their World Artists contract and landed the duo a new deal with Columbia.

In late 1964, Chad Jeremy made their American television debut on The Hollywood Palace. William Morris agent John Hartman was so impressed with their performance that he offered his representation, which resulted in appearances on the sitcoms The Dick Van Dyke Show and The Patty Duke Show. Chad Jeremy were television fixtures for years to come, additionally appearing on The Danny Kaye Show, Shindig, and Hullabaloo. Between tour stops and studio dates, the pace was relentless and, in the spring of 1965, Stuart was leveled by mononucleosis. When Clyde accepted a role in the London musical Passion Flower Hotel (a nine-month commitment), he and Stuart quickly recorded an LP, I Don't Want to Lose You Baby, while the latter continued his rehabilitation.

The duo maintained they were not breaking up, but rumors reached a fever pitch when Clyde failed to return to the U.S. for a scheduled Chicago performance and forced Stuart to take the stage alone with a cardboard cutout of his partner under his arm. Stuart next released a record called "The Cruel War" with his wife, Jill, while Clyde cut a John Barry-produced solo single, "I Love My Love." Neither earned much attention, and at year's end Chad Jeremy reunited to make a new album, Distant Shores, and film a proposed pilot for NBC. The show was rejected (in favor of another project with a rock & roll theme, The Monkees) and Chad Jeremy instead guested on two episodes of the blockbuster Batman.

Chad Jeremy spent close to a year in the studio with producer Gary Usher to create 1967's Of Cabbages and Kings, a dense, ambitious record dubbed "a soundtrack without the film" by Clyde. The album served to alienate much of the duo's core fan base, however, and sales proved dismal. Usher nevertheless produced the follow-up single, "Painted Dayglow Smile," followed in early 1968 by "Sister Marie." Tensions between Chad Jeremy continued, prompted in large part by the latter's burgeoning acting career, and after completing The Ark -- a project so expensive it led Columbia to terminate Usher's contract -- the duo split, although the soundtrack to the film Three in the Attic, essentially a Stuart solo effort, appeared in 1969 under the Chad Jeremy aegis.

Clyde turned to acting full-time and appeared alongside ex-Manfred Mann vocalist Paul Jones in the long-running stage production Conduct Unbecoming. Stuart, meanwhile, signed on as music director for The Smothers Brothers Comedy Hour, followed by a stint as a staff producer with AM Records. Chad Jeremy reunited in 1977 to record a handful of unreleased demos, and five years later, they signed to RCA's Rocshire subsidiary to release a comeback LP, Chad Stuart Jeremy Clyde. The record went nowhere, but their partnership continued, first in a London production of Pump Boys and Dinettes and then as part of the 1986 "British Invasion II" package tour. Chad Jeremy continued touring intermittently well into the 21st century. The duo's story came to an end on December 20, 2020, when Chad Stuart died at his home in Hailey, Idaho, from pneumonia; he was 79 years old. ~ Jason Ankeny, Rovi 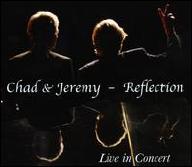 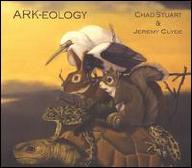 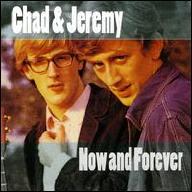 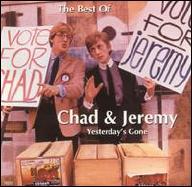 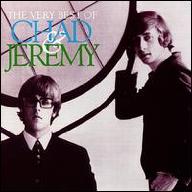 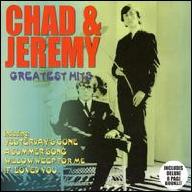 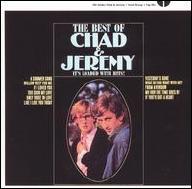 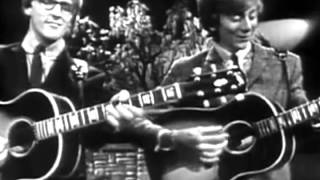 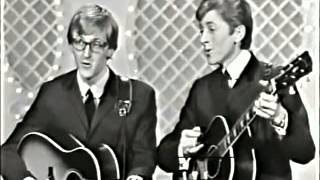 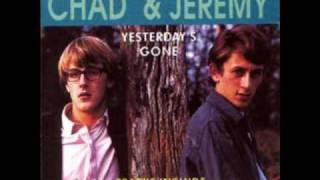 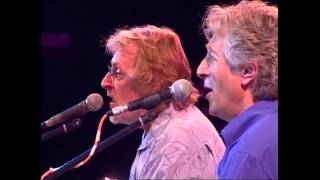 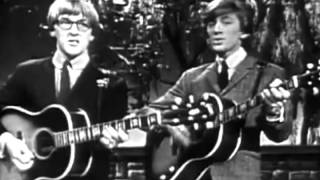 Chad & Jeremy "Willow Weep for Me" 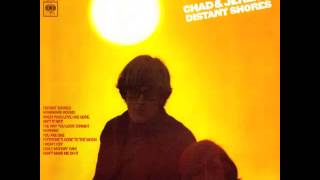 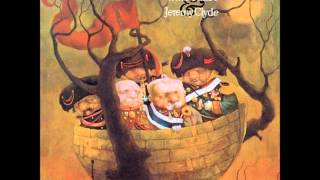