Close
Ken Vandermark
from Warwick, RI
September 22, 1964 (age 57)
Biography
Ken Vandermark is a composer, improviser, tenor saxophonist, and clarinetist whose compositions and performances incorporate a wide breadth of stylistic influences. Across literally hundreds of recordings, his music draws from a range of traditions, from jazz, classical, and folk, to reggae, rock, funk, and African forms. He has been a fixture on the Chicago music scene since the early '90s and has earned critical praise for his playing, arranging, and compositions, which typically balance intricate orchestration with freewheeling improvisation. Beginning with Standards in 1995, on which he led four improvising trios, Vandermark has led groups ranging from duos to octets and even big bands. 1999's Straight Lines with his Joe Harriot Project has become an avant-jazz classic. 2001's Free Jazz Classics, Vol. 1 Vol. 2 featured radically approached covers of Cecil Taylor, Anthony Braxton, Don Cherry, Ornette Coleman, and Jimmy Giuffre. Two years later, he debuted his Spaceways Inc. trio, with drummer Hamid Drake and bassist Nate McBride; originally devoted to interpretations of the music of Sun Ra and the P-Funk/George Clinton family, on later albums, Spaceways Inc. branched into versions of classic reggae songs and Vandermark originals. He has also worked as a recurring member of Peter Brötzmann's Chicago Tentet. 2008's Fire Room with Lasse Marhaug and Paal Nilssen-Love made numerous year-end lists, as did 2010's Vandermark 5 date, The Horse Jumps and the Ship Is Gone. His 2016 residency in New York City at the Stone documented Vandermark working with five different trios and a quartet. His work was issued on Momentum 1: Stone, a six-disc set.

Vandermark began playing trumpet in fourth grade and switched to tenor sax as a junior in high school. He attended McGill University from 1982 to 1986. In 1986, he moved to Boston, where he led a trio called Lombard Street and studied bass clarinet. In 1989, he moved from Boston to Chicago, where he first attracted notice as a member of Hal Russell's NRG Ensemble. His activities increased: he began leading several ensembles and became a mover and shaker, promoting and booking events with influential jazz critic John Corbett. His presence became a constant on the Chicago arts scene, and he became associated with a wide variety of bands (many of which he's led), including the DKV Trio, Witches Devils, the Joe Harriot Project, Steam, Peter Brötzmann's Chicago Tentet, Spaceways Inc., and the Vandermark 5; the latter released more than ten albums, including 2001's Acoustic Machine, 2005's Color of Memory, and 2006's Free Jazz Classics, Vols. 3 4. A Discontinuous Line also appeared in 2006 from Atavistic.

Vandermark's projects are dizzying in their diversity and approach, their experimentation and vision. He has collaborated with dancers, poets, painters, and more. His presence on the European scene in the 21st century has included stints with Paal Nilssen-Love, with whom he formed the Territory Band. After winning the MacArthur; they released five albums between 2004 and 2007. In 2009, Vandermark released the ten-disc box Resonance, in association with the Not Two label, documenting his big band of the same name's residency at Alchemia in Krakow, Poland. The same year, he issued recordings with Vandermark 5, Sonore, a pair of live albums with Lean Left, and two duo sets with Tim Daisy. A year later, he participated in El Infierno Musical, a tribute to Alejandra Pizarnik assembled by Christof Kurzmann. The album was released with an accompanying video of the performance. Besides Vandermark and its conceptualist, the band also included Martin Brandlmayr, Clayton Thomas, and Eva Reiter.

His flurry of activity only increased. Over the next five years, Vandermark revived the DKV Trio, worked with Brötzmann's large group the Ex Brass Unbound, formed the Margots (a jazz quintet with vocalist Adrienne Pierluissi, and cello and viola). He recorded Impressions of Po Music as Ken Vandermark’s Topology Nonet featuring Joe McPhee, as well as new material with his band Fire Music, three dates in Lisbon with Made to Break, and Verses, a duo album with Mats Gustafsson. The following year, Vandermark's highlights included the six-disc box Nine Ways to Reach the Bridge, a collection of duos with Kurzmann, Agustín Fernández, Joe Morris, and McPhee, and trios with John Tilbury, Eddie Prevost, Nate Wooley, and Paul Lytton. Not Two issued Occasional Poems, his 2015 duo set with bassist Barry Guy, as one of half-a-dozen albums. Some of the others included music from the Chicago Reed Quartet with Nick Mazzarella, Dave Rempis, and Mars Williams. Six more releases followed in 2016, including the box set Momentum 1: Stone, which featured more duos, trios, and quartets. There was a pair of duo recordings as well: Close Up (For Abbas Kiarostami) with Lasse Marhaug and Splinters with Terrie Hessels. In early 2017, Vandermark debuted a self-titled offering (on Audiographic) from Shelter, a new quartet with Wooley, drummer Steve Heather, and bassist and guitarist Jasper Stadhouders. In all, he appeared on 15 recordings that year alone. 2018 was nearly as busy. In addition to his own recordings such as Noise of Our Time with Sylvie Courvoisier, Tom Rainey, and Nate Wooley, and No-Exit Corner in a trio setting with drummer Klaus Kruger and bassist Mark Tokar, Vandermark also contributed to Prins Thomas' Smalltown Supersound 25: The Movement of the Free Spirit. The following year was among the artist's most prolific. In addition to leading or participating in over 15 recording sessions, he managed to release no less than three box sets including the six-disc The Fire Each Time by DKV Trio and Joe McPhee and the five-disc Momentum 4 (Consequent Duos: 2015-2019), with Kris Davis, Hamid Drake, Paul Lytton, Ikue Mori, and William Parker. He also participated in the trio date Invitation to a Dream with pedal steel guitarist Susan Alcorn and McPhee. In March of 2020, Vandermark collaborated with classical Ensemble Dal Niente in a live program performing the music of Roscoe Mitchell, George Lewis, and Katinka Kleijn, including the world premiere of a new piece by Mitchell written especially for Dal Niente and Vandermark. ~ Chris Kelsey, Rovi 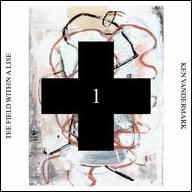 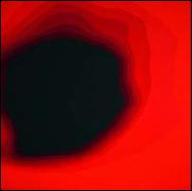 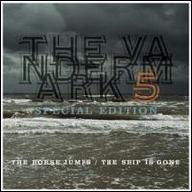 The Horse Jumps and the Ship Is Gone
2010 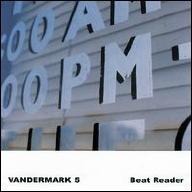 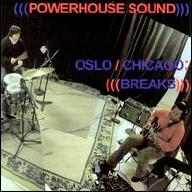 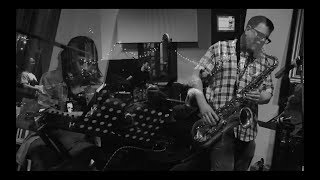 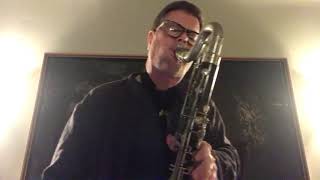 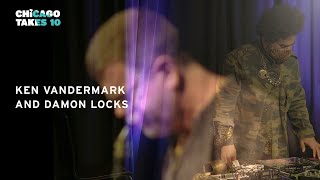 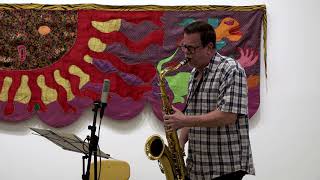 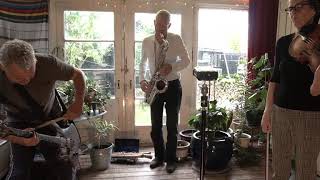 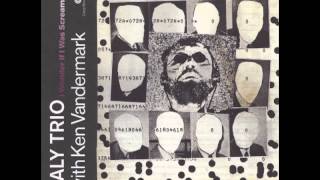 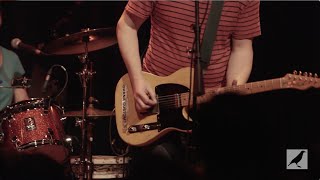