Close
Peggy Seeger
from New York, NY
June 17, 1935 (age 86)
Biography
The half-sister of Pete Seeger and the widow of Ewan MacColl, singer/songwriter Peggy Seeger continued her family's long history of championing and preserving traditional music, most notably emerging as a seminal figure in the British folk song revival of the 1960s. Best known as an advocate of traditional songs, Seeger was also a talented songwriter whose lyrics often embraced feminism and political activism, though she also penned witty and moving personal tunes, and her plain-spoken delivery was a good match for any number of points of view. Folkways Years, 1955-1992: Songs of Love and Politics is an excellent introduction to her recorded work, 1964's Traditional Songs Ballads of Scotland is one of her best collections of vintage folk, Folkways Record of Contemporary Songs collects memorable performances by Seeger and MacColl, and 2021's First Farewell found her writing and performing with inspiration at the age of 86.

Peggy Seeger was born June 17, 1935 in New York City. Her mother, Ruth Crawford Seeger, was herself an influential composer and folklorist, as well as the first woman ever awarded the Guggenheim Fellowship Award for Music, while her father, Charles Louis Seeger, was a pioneering ethnomusicologist and the inventor of the melograph, an electronic musical notation instrument. Raised in the company of brothers Pete (widely hailed as the father of the American folk revival of the postwar era) and Mike (also a noted recording artist and the leader of the New Lost City Ramblers), Peggy began playing the piano at the age of seven, and within a few years began transcribing pieces of music. In the years to follow she also learned to play guitar, five-string banjo, autoharp, Appalachian dulcimer, and English concertina, later majoring in music at Radcliffe College in Cambridge, Massachusetts, where she first began performing professionally.

In 1955, Seeger continued her studies in the Netherlands, later traveling throughout much of Europe and even into Africa; that same year, she issued the Folkways 10" Folksongs of Courting and Complaint. In 1959 she settled in London, where she became involved with MacColl, the famed British musician and playwright. In the decades that followed prior to MacColl's 1989 death, the couple toured the world singing, lecturing, and preaching the importance of the British folk song tradition, typically emphasizing the connections between roots music and sociopolitical activism. Over time, Seeger's own original songs adopted an ardently feminist slant; she and MacColl also headed the controversial London Critics Group, producing an annual political theater production titled The Festival of Fools. They also operated and regularly performed at the folk venue The Singers Club and formed their own record label, Blackthorne; most important, however, was their work with BBC producer Charles Parker in developing the radio ballad, a groundbreaking musical documentary form combining field recordings of speech and sound effects with new songs in the folk idiom and complementary instrumental accompaniment.

From the mid-'50s onward, Seeger recorded regularly, cutting both original material and traditional compositions as a solo artist and in collaboration with MacColl as well as artists including Guy Carawan, Ralph Rinzler, and siblings Mike and Penny; among her key LPs are 1961's Two-Way Trip, 1973's At the Present Moment, 1977's Penelope Isn't Waiting Anymore, and the oft-released American Folk Songs for Children, an assembly of material originally collected by her mother. Seeger's best-known original compositions include "Gonna Be an Engineer," which emerged as an anthem of the women's movement, and "The Ballad of Springhill," penned about the Nova Scotia mining disaster. Seeger also wrote music for a number of films, television programs, and radio plays. After MacColl's death, she began working with the traditional Irish singer Irene Scott under the name No Spring Chickens, and together the duo founded a record label, Golden Egg. In late 1994, Seeger moved back to the United States, some four decades after first relocating to the U.K.; a year later, she completed work on the collections The Peggy Seeger Songbook, Warts and All and The Essential Ewan MacColl Songbook. Almost Commercially Viable followed in fall 2000. In 2003 Seeger released Heading for Home, the first of three volumes of recordings made with her two sons, Calum and Neill MacColl, in a cottage in rural England. The other two, Love Call Me Home and Bring Me Home, were released in 2005 and 2008, respectively.

A live album in honor of Seeger's 70th birthday, Three Score and Ten, arrived in 2007. 2011's Fly Down Little Bird was a final collaboration with her brother Mike Seeger, recorded shortly before his passing in 2008. A performance in New Zealand was issued in 2012 as Live. 2014's Everything Changes, produced by Calum MacColl, was a creative departure for Seeger, featuring performances where for the first time she was accompanied by a full band. Seeger published an autobiography, First Time Ever, in 2017, and issued a two-disc companion album of songs discussed in the book. 2020's Love Unbidden -- Love Songs for Irene was a remarkably personal collection of songs and poems that chronicled her love affair with Irene Pyper-Scott, whom she would marry in 2010. Seeger stated that the release of 2021's First Farewell would be her final album of original songs, though the material and performances suggest an artist vital enough to change her mind. ~ Jason Ankeny & Mark Deming, Rovi 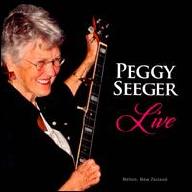 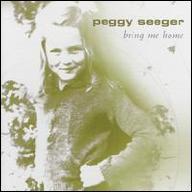 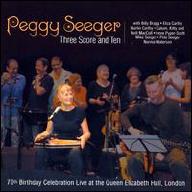 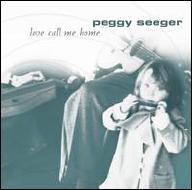 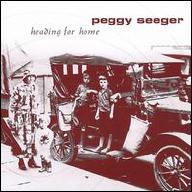 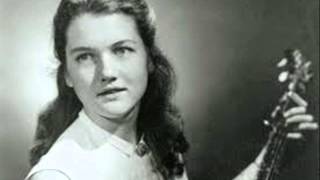 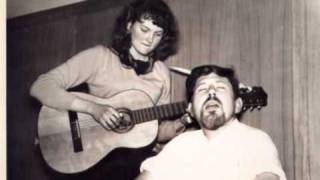 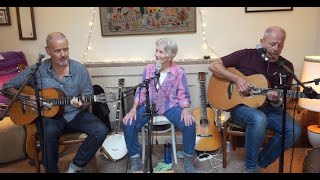 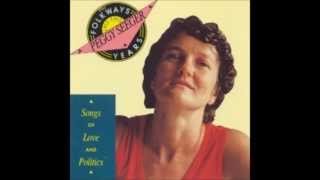 Gonna Be An Engineer 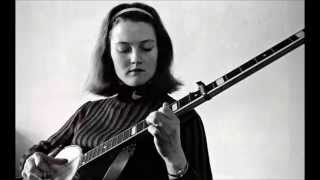 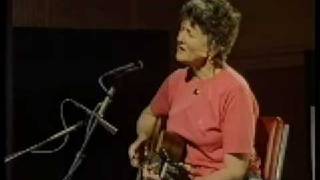 Peggy Seeger - First time ever I saw your face 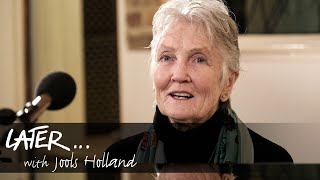 Peggy Seeger - All in the Mind (Live on Later)
Available here: