Close
Badly Drawn Boy
from Bolton, Lancashire, England
October 2, 1969 (age 51)
Biography
As Badly Drawn Boy, Damon Gough puts a fresh spin on the traditions of Nick Drake, Harry Nilsson, John Lennon, and other classic singer/songwriters. When he emerged in the late '90s, his intricate, lilting melodies, quirky but heartfelt lyrics, and offbeat production touches fit in with the experimental pop fringe of artists like Scott 4 and the Beta Band, but Gough soon defined himself as a remarkable talent with 2000's The Hour of Bewilderbeast, his Mercury Prize-winning debut album. He struck gold again with the 2002 soundtrack About a Boy, which polished the charm of his songwriting while avoiding sentimentality. Later, he embellished his sound with ornate production, as on 2002's Have You Fed the Fish? and 2006's Born in the U.K., then returned to the relatively stripped-down sound of his earlier work on 2010's It's What I'm Thinking, Pt. 1: Photographing Snowflakes. With 2020's Banana Skin Shoes, Gough returned from a lengthy hiatus with an even-handed mix of adventurous pop and poignant ballads.

While growing up in Bolton, Lancashire, England, Damon Gough was a young music fan and idolized Bruce Springsteen. He began recording after meeting the like-minded Andy Votel at a Manchester nightclub. The two created the Twisted Nerve label, and Gough debuted as Badly Drawn Boy with EP1 in September 1997. The acclaim for this five-song release, along with April 1998's EP2 and November's EP3 (his first work to be co-released by XL Recordings), was reflected in his appearance on 1998's celebrity-filled UNKLE album Psyence Fiction, which found him guesting alongside Thom Yorke, Richard Ashcroft, and Mike D. Praise for Badly Drawn Boy's music grew with March 1999's It Came from the Ground EP and that August's "Once Around the Block," which peaked on the U.K. Singles Chart at number 46.

In June 2000, Badly Drawn Boy's debut album The Hour of Bewilderbeast arrived to widespread acclaim for its literate songwriting and eclectic instrumentation. Along with reaching number 13 on the U.K. Albums chart and number 23 on Billboard's Independent Albums chart in the U.S., the album appeared on numerous album of the year lists and ultimately won Britain's vaunted Mercury Prize for Best Album. The Hour of Bewilderbeast also made a fan of author Nick Hornby, who asked the singer to score the film adaptation of his book About a Boy. Composed solely by Gough, About a Boy came out in April 2002. Once again, the album earned praise for its heartfelt songs and reached number six on the U.K. Albums chart and number 11 on the Billboard Soundtracks chart.

After recording during most of 2002, Gough emerged that November with Have You Fed the Fish? More polished and straightforward than his previous work, it boasted the Top Ten U.K. single "You Were Right," while the album peaked at number ten on the U.K. Albums chart and topped the Billboard Heatseekers chart. To make Badly Drawn Boy's next album, July 2004's more stripped-down One Plus One Is One, Gough drew inspiration from the deaths of a close friend and his grandfather, who died in the Battle of Normandy. It became Gough's first Top Ten album in the U.K. and made it to number 14 on the Heatseekers chart. Despite this chart success, Gough left XL Recordings after only one single, "Year of the Rat," was taken from the album. He moved to EMI for October 2006's Born in the U.K., an ornately orchestrated collection of songs inspired by his childhood and Springsteen's Born in the U.S.A. Co-produced by Lemon Jelly's Nick Franglen, it peaked at number 17 on the U.K. Albums Chart.

Following Born in the U.K.'s release, Gough took a break from making music. He returned in 2009, when he was asked to write music for the film The Fattest Man in Britain. Those songs became that year's Is There Nothing We Could Do?, the debut release from his own BDB Records label. The following year, Gough issued his seventh studio album It's What I'm Thinking, Pt. 1: Photographing Snowflakes, which recalled the intimacy of The Hour of Bewilderbeast. The soundtrack for 2012's Being Flynn, an adaptation of author Nick Flynn's memoirs Another Bullshit Night in Suck City, found Gough reuniting with About a Boy director Paul Weitz. Apart from a 2015 tour to commemorate the 15th anniversary of The Hour of Bewilderbeast and a 2017 cameo on the British television series Cold Feet, little was heard from Gough until the May 2020 release of Badly Drawn Boy's eighth album Banana Skin Shoes. Recorded with co-producers including Gethin Pearson and Youth, it combined reflective lyrics with sounds spanning vintage Motown and pop-soul to alt-hip-hop collages. ~ Heather Phares & John Bush, Rovi 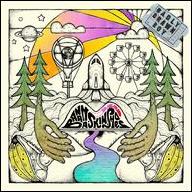 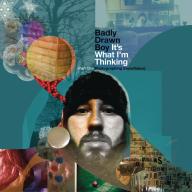 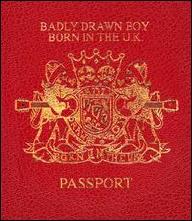 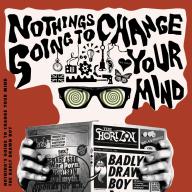 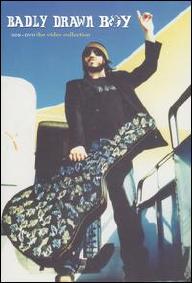 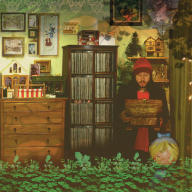 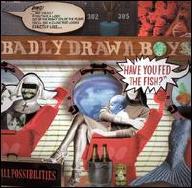 Have You Fed the Fish?
2002
Videos
Close 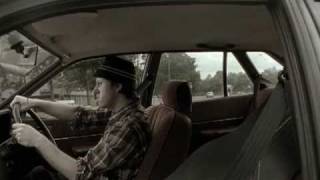 Badly Drawn Boy - 'Once Around The Block' 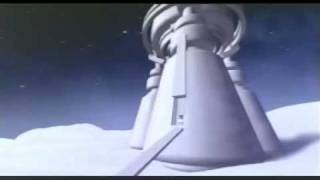 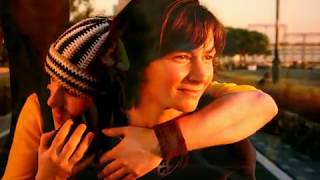 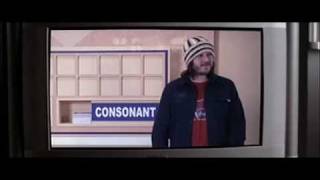 Badly drawn boy- something to talk about 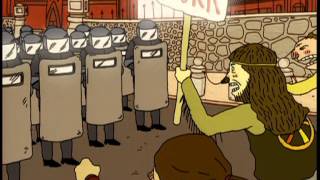 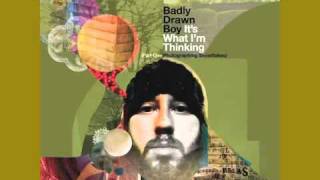