Close
Jim Dickinson
from Little Rock, AR
November 15, 1941 - August 15, 2009 (age 67)
Biography
A longtime staple of the Memphis music scene, producer Jim Dickinson helmed sessions for successive generations of cult heroes spanning from Screamin' Jay Hawkins to Big Star to the Replacements, additionally lending his keyboard talents to recordings from Ry Cooder, the Rolling Stones, Aretha Franklin, and others. Dickinson began his career during the mid-'60s, emerging as a sought-after session player through recordings with everyone from Petula Clark to Arlo Guthrie to the Flamin' Groovies; in 1971, he appeared on the Stones' classic Sticky Fingers, and that same year collaborated with Cooder on Into the Purple Valley, the first in a series of solo albums and soundtracks with the famed guitarist. In 1972, Dickinson issued his first solo LP, Dixie Fried; around that time he also formed Mud Boy the Neutrons, a legendary local band featuring Delta bluesmen Sid Selvidge, Lee Baker, and Jimmy Crosswaith. Much of Dickinson's reputation rests on his 1974 production of Big Star's Third/Sister Lovers, the pioneering Memphis power pop group's abortive final masterpiece -- a record that both literally and figuratively captures the sound of a band falling apart, it was not issued in anything close to its intended form until 1992, its status as an underground classic nevertheless assured through years of unauthorized releases. His work with former Big Star frontman Alex Chilton continued on 1979's disastrous Like Flies on Sherbert; the hipster cachet of both projects made Dickinson a sought-after producer among a new generation of bands, and throughout the '80s his credit appeared on albums from the likes of Jason the Scorchers, Chris Stamey, Green on Red, the True Believers, and, most notably, the Replacements, whose Pleased to Meet Me included their song Alex Chilton. Dickinson remained active in the years to follow, working with the likes of Primal Scream, Mudhoney, and Rocket from the Crypt; his sons Luther and Cody also pursued careers in music, forming the band DDT and later leading the North Mississippi Allstars.

Dickinson's rare solo albums included 1972's Dixie Fried on Atlantic Records, a live set, A Thousand Footprints in the Sand, released in 1997 by Last Call Records, 2002's Free Beer Tomorrow from Artemis Records, and 2006's Jungle Jim and the Voodoo Tiger from Memphis International, the latter of which found Dickinson backed by his sons Luther and Cody, 2007's Killers from Space and 2008's Dinosaurs Run in Circles. Dickinson died August 15, 2009 of heart complications in Memphis, Tennessee at the age of 67, closing out a varied and impressive musical career that had lasted over four decades. In the summer of 2012, I'm Just Dead, I'm Not Gone was released. Recorded live in Memphis 2006, Dickinson was backed by sons' band, the North Mississippi Allstars. ~ Jason Ankeny, Rovi 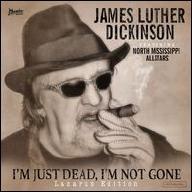 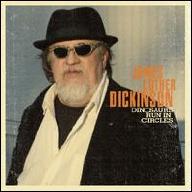 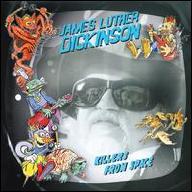 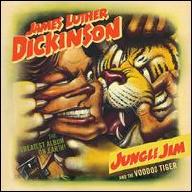 Jungle Jim and the Voodoo Tiger
2006 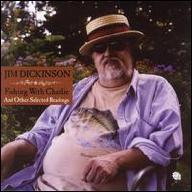 Fishing with Charlie and Other Selected Readings
2006 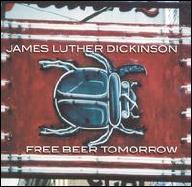 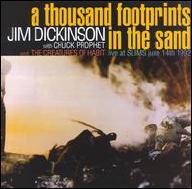 A Thousand Footprints in the Sand
1997
Videos
Close 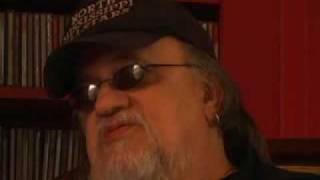 A Producers Epiphany: Jim Dickinson on Working with the Rolling Stones, Part 1 of 2 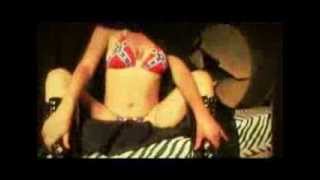 Jim Dickinson - "Down in Mississippi" 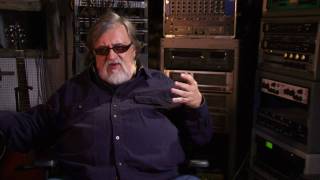 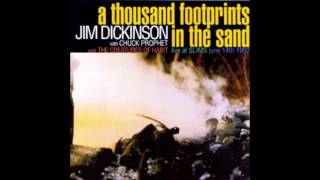 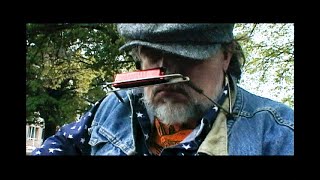 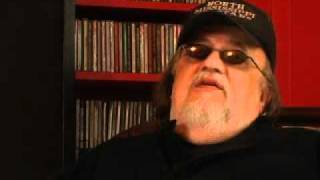 Jim Dickinson Introduces Himself and His Experience as a Producer 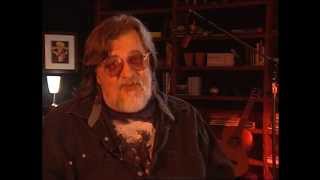